No port in a storm: Cruise ships left adrift over coronavirus

Luxury liners struggle to drop anchor as countries turn them away 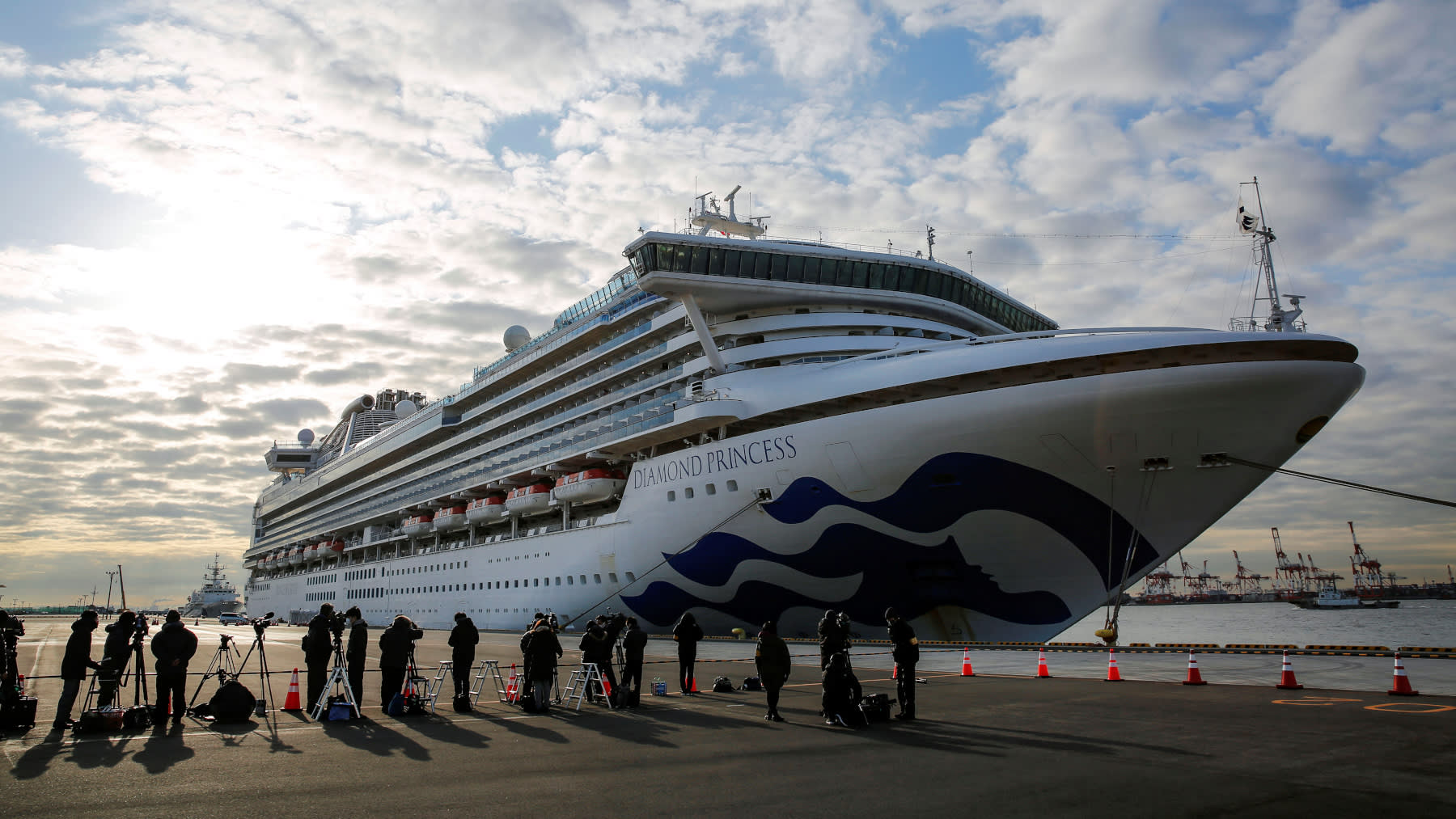 TOKYO -- The coronavirus outbreak in China is wreaking havoc in the cruise industry, turning luxury Asian vacations into voyages to nowhere as the ships are denied entry at multiple ports.

All 21 large cruise ships that have visited China since January remain in the Asia-Oceania region, and some have been unable to confirm their next port calls, a Nikkei analysis of tracking data shows. A few vessels apparently have nowhere to go after being rejected by more than one destination.

Japan, South Korea, Taiwan, the Philippines and Vietnam have all turned ships away.

Concerns about cruises becoming floating vehicles for the viral pneumonia have grown this week as Japan faced a mini-outbreak aboard a ship quarantined off Yokohama, near Tokyo. As of Friday morning, the number of infections found on the Diamond Princess was up to 61, after a startling surge of 41 from the previous day.

One of the ships now struggling to find a place to drop anchor is the Westerdam, operated by Holland America Line, a unit of U.S.-based Carnival.

The ship, which can carry about 1,960 passengers and about 800 crew members, left Hong Kong on Feb. 1, according to data provided by Refinitiv and Japan's IHI Jet Service. On Thursday, it came within 100 km of the port of Ishigaki in Okinawa but did not stop. The Japanese government said on Friday that it had asked the Westerdam not to dock in Ishigaki. Originally, the cruise had been scheduled to call at Naha, also in Okinawa.

Taiwan, South Korea, the Philippines and Vietnam also essentially rejected the Westerdam. As of Friday at noon, Japan time, it was sailing south in the Pacific.

U.S. company Seabourn Cruise Line's Seabourn Ovation was able to enter a port in Thailand on Friday morning, but only after taking a circuitous route.

The Ovation left Hong Kong last Sunday en route for the Philippines. But the ship veered toward Vietnam along the way, and sailed to waters off the central part of the country. Then it turned south without making a port call, ultimately ending up in Thailand.

A typical cruise carries several hundred to a few thousand passengers, and roughly half that number of crew. Stops generally last a half day or full day, giving passengers a chance to disembark for shopping and sightseeing tours. Most East Asia cruises make the rounds of Japan, China and Southeast Asian countries.

Data shows 11 of the 21 ships that had called in China since January stopped in Japan as well. These ships, together, were capable of carrying an estimated 35,000 passengers, or about 50,000 people including crew. Some called at the ports of Fukuoka, Nagasaki and Naha more than once. 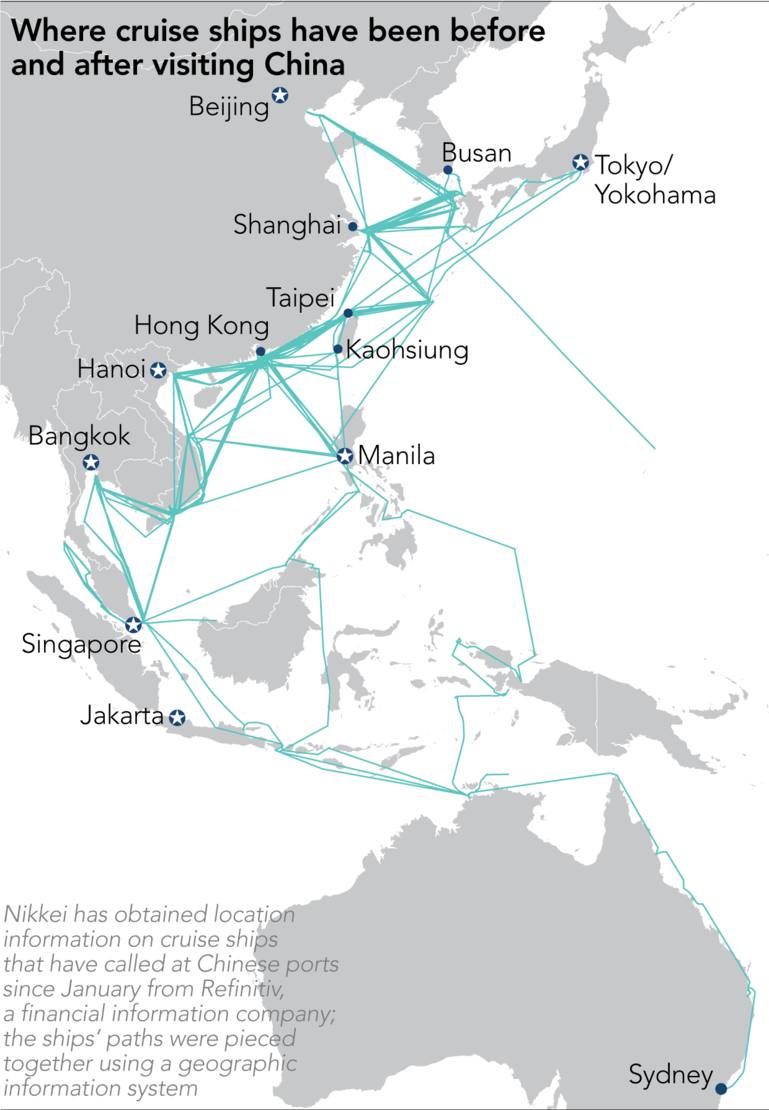 The growing popularity of cruises worldwide has been a boon to port city economies. But, aside from the danger to public health, those benefits are under threat as fears of the outbreak ripple through the business. Cancellations are mounting and restrictions are being put in place not only by governments but by cruise companies themselves.

Members of the Cruise Lines International Association decided to deny boarding of passengers and crew who had visited mainland China in the past 14 days.

Princess Cruises, operator of the Diamond Princess stuck in Yokohama, has suspended two voyages bound for Okinawa and Taiwan. MSC Cruises of Switzerland and Royal Caribbean International of the U.S. have also canceled cruises to and from Shanghai.

The country has three main cruise operators: Nippon Yusen, Mitsui O.S.K. Lines and Japan Cruise Line. In contrast to international lines that depart from or arrive in Japan -- on which roughly half the passengers are foreign nationals, mainly Chinese tourists -- a reported 90% of the trio's customers are Japanese.

Japanese travel agencies, which are fielding such cancellations, are also worried. A Nippon Travel Agency representative warned, "We will be in trouble if the situation drags on."