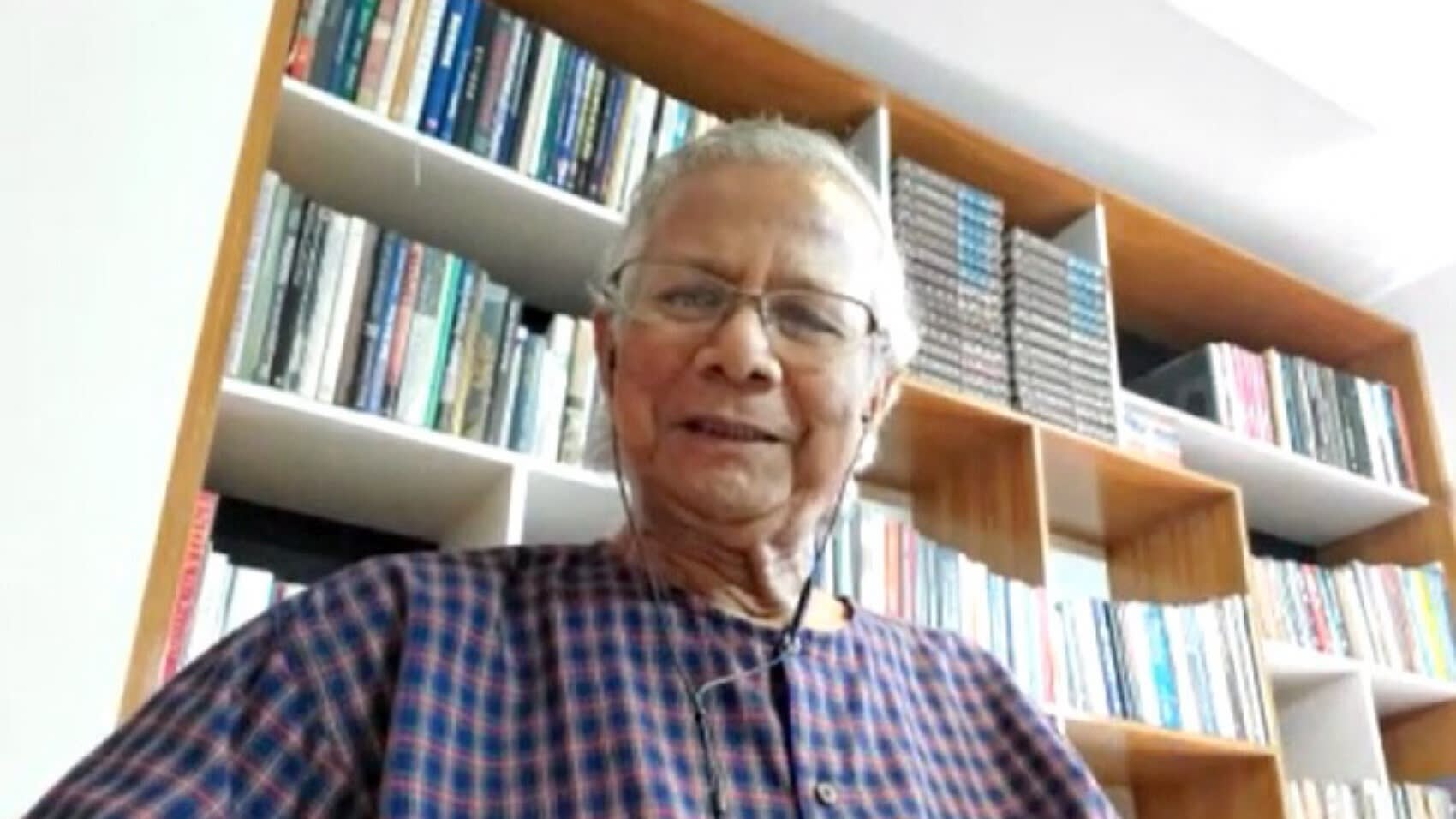 Muhammad Yunus, winner of the Nobel Peace Prize, says that economic thinking has focused on business as something that is pursued out of self-interest. But he stresses that now more emphasis should be placed on the common interest.
AKIHIDE ANZAI, Nikkei staff writerJuly 5, 2020 17:26 JST | Bangladesh
CopyCopied

TOKYO -- Besides causing human suffering and economic loss, the coronavirus pandemic has brought about stark divisions within individual countries as well as internationally. But the COVID-19 crisis provides a huge opportunity to redesign economics, finance and society on a global scale, Muhammad Yunus, winner of the Nobel Peace Prize and founder of Bangladeshi microfinance organization Grameen Bank, said in an interview with the Nikkei Asian Review.

Yunus has dedicated his life to spreading microcredit programs in both Bangladesh and the wider world. In the 1970s he visited a poor village as an economist and gained a fuller sense of the plight of his country's rural areas. He established Grameen Bank in 1983 to offer unsecured loans to the poorest people and provide them with capital to go into business and foster self-sufficiency.

In the interview, Yunus says that old economic thinking has focused on business as something that is pursued out of self-interest. But from the perspective of a social entrepreneur, he stresses that more emphasis should be placed on the common interest of society. He says a new economy needs new financial systems based on a philosophy of zero personal profit.

Q: How is the coronavirus crisis changing the world and people's lifestyles?

A: Coronavirus gives us all a common opportunity to reflect and think how to redesign the whole system and get into action. The old world brought us almost at the last stage of our existence on this planet through global warming, wealth concentration and massive unemployment about to be brought in by artificial intelligence. The world should not go back to where it came from before the coronavirus. We must not go back to where we were. It was a terrible world that we are coming from. So, we want to go another direction, a new world, so that all those terrible things do not exist. Yunus established Grameen Bank in Bangladesh in 1983 to provide unsecured loans for the poorest people.   © Reuters

Q: What role does business have in the coronavirus crisis?

A: The existing role of business is very well defined. It drives the point home by reminding us that the grocer or the baker does not provide his service out of love for the consumers; he does it out of his self-interest. All human beings are driven by self-interest, economic theory clarifies. Business is the tool through which they pursue their self-interest. Economics makes it clear that maximization of self-interest is the goal of economics.

Q: In the current crisis many countries are taking measures in opposition to globalization, such as economic blocs and protectionism. There are social and racial divisions in some countries.

Problems surfaced during corona crisis because common interest and selfish interest got into a clear conflict. End of this conflict can be achieved only by bringing common interest within the formal structure of economics. Corona crisis is the most opportune moment to do that. Let us build a new economic engine which will accommodate both these interests within one formal structure.

To give an example, corona vaccine will be here. When this comes up, every country tries to keep the vaccine for themselves first. That is selfishness. If companies like Sanofi produce the vaccine... first vaccine will go to the United States, because they pay a lot. They should not do that to maximize profit. In common interest, vaccine should be available for everybody, even the poorest people.

Q: Does microfinance have increased importance during this crisis?

Q: How is Grameen Bank acting in the coronavirus crisis and how will it act in the post-corona era?

A: Grameen Bank is owned by the borrowers. It serves the best interest of the borrowers in good times and bad times. For the Grameen Bank and its borrowers corona crisis is just another crisis to go through, not as bad [as] the floods and cyclones which take away everything -- houses, animals, crops and all belongings, even babies.

We are hoping that it doesn't have to be that way for the poor. They must be able to have secure lives. They don't have to go back to square one after every disaster, particularly when disasters are so frequent. With global warming, natural disasters are not only getting more frequent, they are getting more intensive each time.