None of Japan's new coronavirus patients had direct China links 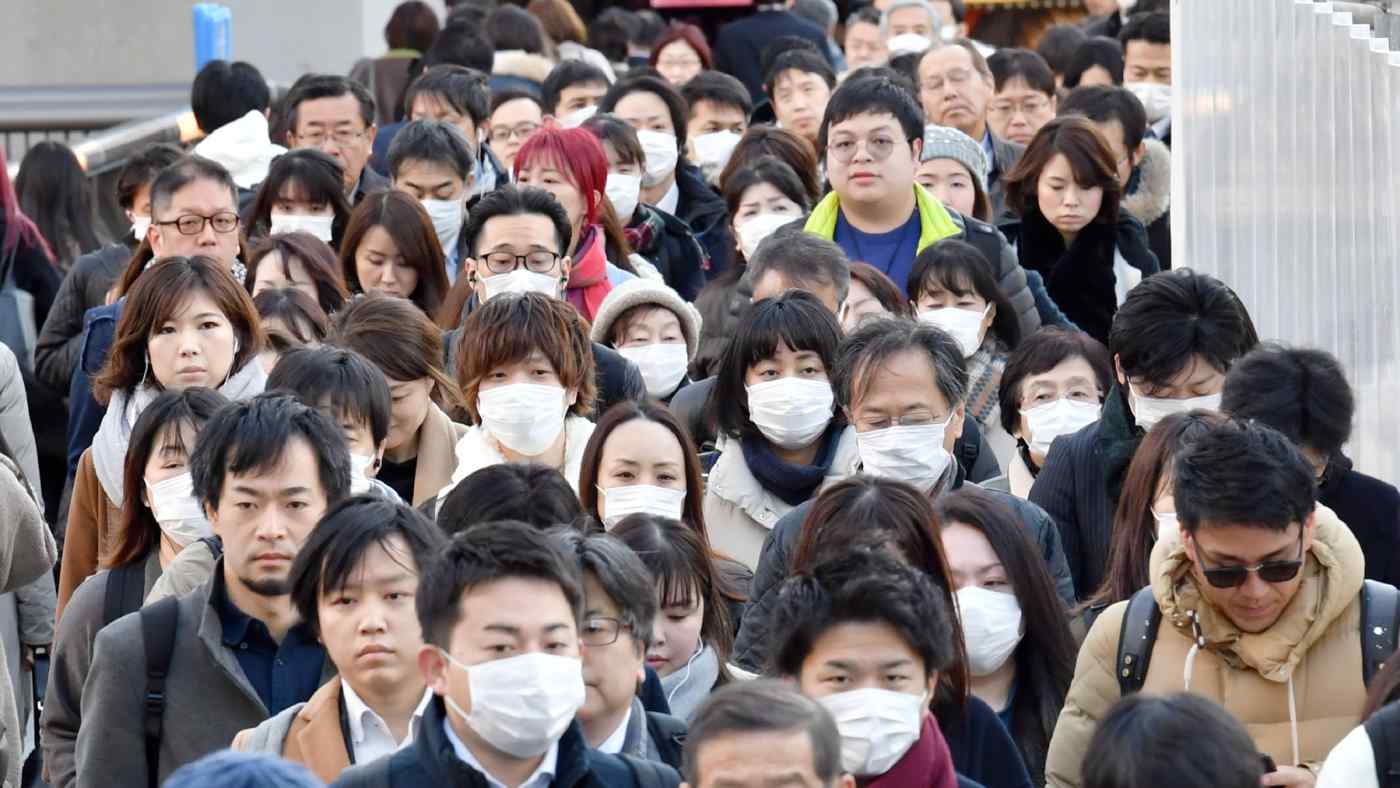 TOKYO -- Japan's first domestic coronavirus victim and three patients newly confirmed Thursday had no direct connections to China, raising concerns that a stealth outbreak is already under way in the country.

The Japanese government said Thursday that a Kanagawa Prefecture woman in her 80s died from the coronavirus. Her son-in-law also tested positive for the disease. Additionally, a doctor in Wakayama Prefecture and a man in Chiba Prefecture are confirmed to have the virus. None of them traveled to China recently or had contact with people who visited Hubei Province, the epicenter of the outbreak.

Those cases raise new challenges for health officials, who until now had been trying to contain the virus by closely monitoring people with the possibility of contracting the disease. If more people with no direct links to China become sick, determining infection routes will become impossible. Instead of containment, treating seriously sick people may have to become the priority.

"We will formulate a necessary response after consulting with experts," Katsunobu Kato, Japan's health minister, said in announcing the woman's death in a late-night news conference Thursday.

Kato added that "there is no epidemiological data suggesting a domestic [coronavirus] epidemic." Katsunobu Kato, Japan's health minister, confirmed on Feb. 13 the first death in Japan from the coronavirus.

The woman's symptoms began Jan. 22 when she felt fatigue, the health ministry said. Symptoms worsened on Jan. 25, prompting her to see a doctor three days later. She was placed under observation.

The victim was hospitalized Feb. 1, diagnosed with pneumonia. She underwent screening for the coronavirus Wednesday. The test results came back positive Thursday, the day she died.

Her son-in-law also tested positive for the coronavirus. The man, a taxi driver in his 70s living in Tokyo, has been hospitalized since Feb. 6, but the symptoms are reportedly mild. He developed a fever Jan. 29.

According to the Tokyo Metropolitan Government, the driver said he did not pick up a foreign passenger in the past 14 days -- the believed incubation period for the virus.

Meanwhile, a doctor in Wakayama Prefecture south of Osaka has been infected with the virus, prefectural officials said Thursday. The man, in his 50s, has been hospitalized with symptoms of pneumonia, but is otherwise in stable condition.

The doctor did not travel outside the country in the 14 days prior to the onset of symptoms, nor can any contact with people coming from China be confirmed. Wakayama officials suspect the infection had domestic origins.

Saiseikai Arida Hospital, where the doctor works, has stopped taking in new patients. Another doctor working at the hospital, along with two patients who saw doctors there, are reportedly suspected of having contracted the virus.

The doctor who tested positive initially had a slight fever Jan. 31. He took fever medication between Monday and Wednesday of the next week while working.

The fever rose to 38 C on Saturday, and a CT scan revealed symptoms of pneumonia. A coronavirus test on Thursday came back positive.

Elsewhere, a man in his 20s from Chiba Prefecture near Tokyo is also confirmed to have the virus. He developed a fever and other symptoms Feb. 2. The man reportedly has not traveled overseas or had contact with other infected individuals.

Besides the outbreak on the Diamond Princess cruise ship, which has infected over 200 people aboard the vessel quarantined in Yokohama, 29 cases of coronavirus had been confirmed inside Japan through Wednesday.

"It wouldn't surprise me if the infection is spreading below the surface," said Hiroyoshi Endo, dean of the graduate school of public health at St. Luke's International University in Tokyo. "It's necessary to quickly strengthen the testing preparedness at the national level, while making considerations for the on-site workload."