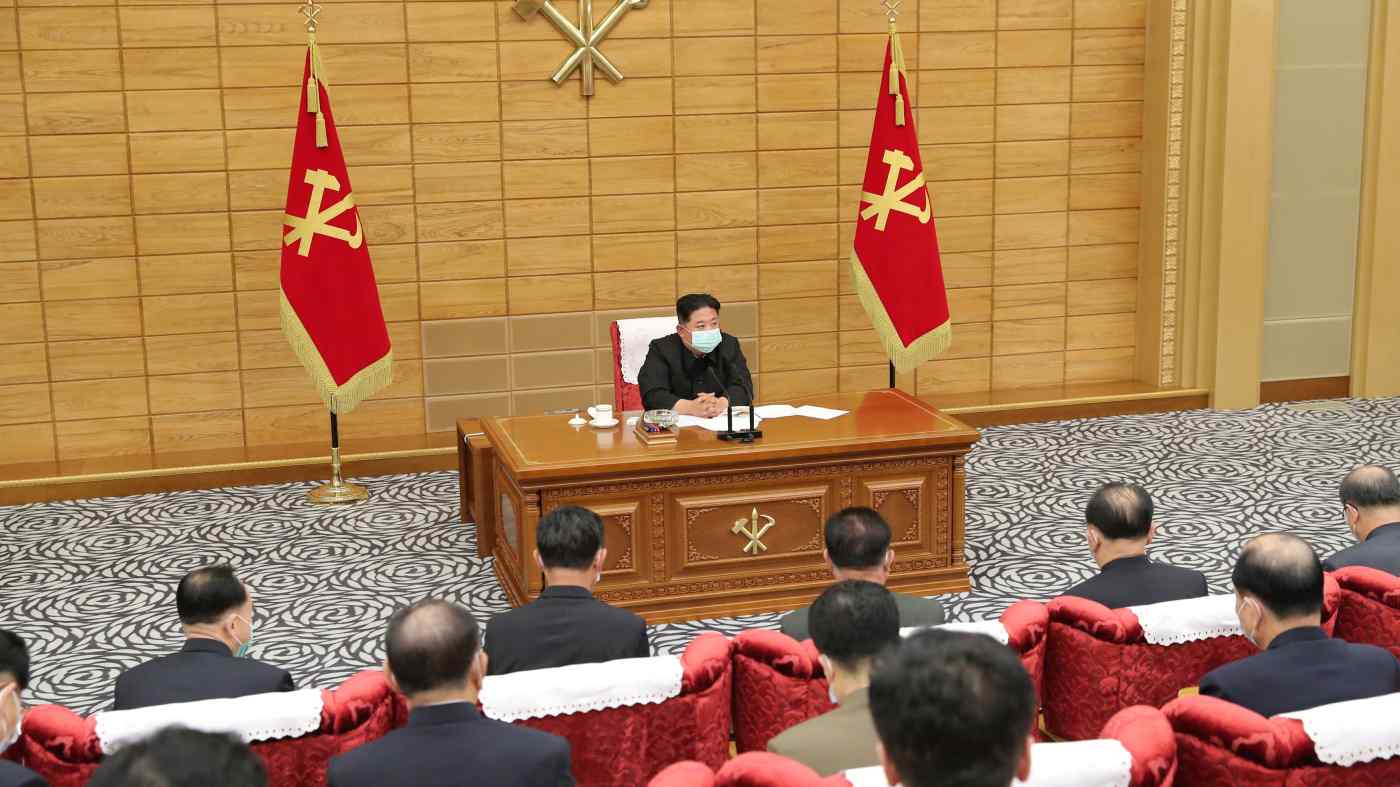 SEOUL  (Reuters) -- North Korea said on Sunday a total of 42 people had died as the country began its fourth day under a nationwide lockdown aimed at stopping the impoverished country's first confirmed COVID-19 outbreak.

North Korea's admission on Thursday that it is battling an "explosive" COVID-19 outbreak has raised concerns that the virus could devastate a country with an under-resourced health system, limited testing capabilities and no vaccine programme.

State news agency KCNA said the country was taking "swift state emergency measures" to control the epidemic, but there is no sign that Pyongyang was moving to accept international offers of vaccines.

"All provinces, cities and counties of the country have been totally locked down and working units, production units and residential units closed from each other since the morning of May 12 and strict and intensive examination of all the people is being conducted," KCNA reported on Sunday.

A day earlier North Korean leader Kim Jong Un said the spread of COVID-19 had thrust his country into "great turmoil" and called for an all-out battle to overcome the outbreak.

Despite the lockdowns, Kim and other senior officials on Saturday attended funeral services for Yang Hyong Sop, a former de facto head of state during the rule of Kim's father, Kim Jong Il, KCNA reported.

A "large proportion" of the deaths have been due to people "careless in taking drugs due to the lack of knowledge and understanding of stealth Omicron variant virus infection disease and its correct treatment method," the report said.

At least 296,180 more people came down with fever symptoms, and 15 more had died as of Sunday, the outlet said.

Experts say North Korea appears to lack the capacity to test those tens of thousands of symptomatic patients. KCNA did not report how many of those suspected cases had tested positive for COVID-19.

North Korea had previously claimed no confirmed cases of the virus, and is one of only two countries in the world that have yet to begin a COVID vaccination campaign, according to the World Health Organization.

Its self-imposed lockdowns have slowed trade to a trickle and raised concerns about food shortages or other hardships, aid organizations have said.