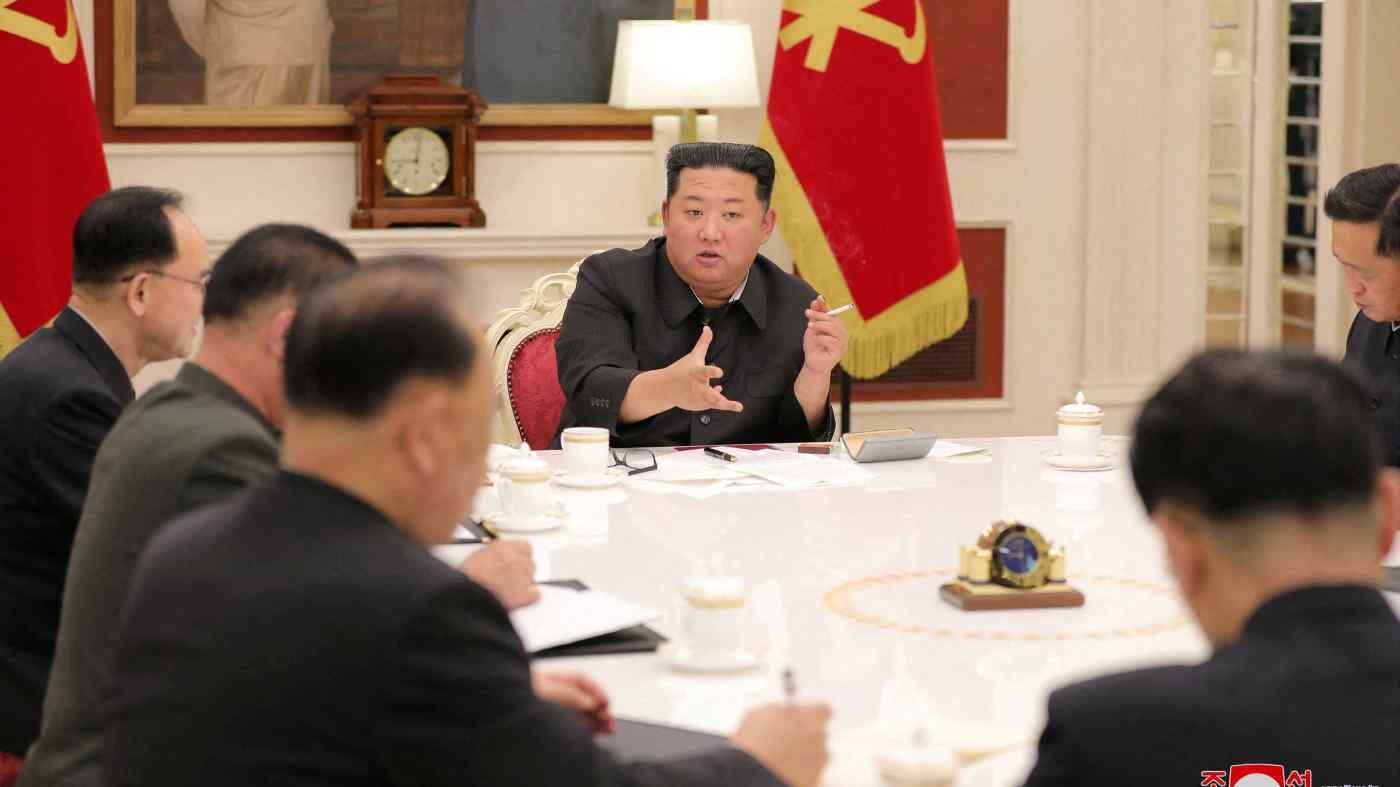 North Korea reported 232,880 more people with fever symptoms, and six more deaths after the country's first admission of the COVID outbreak last week. It did not say how many people had tested positive for COVID-19.

Presiding over a Politburo meeting of the ruling Workers' Party on Tuesday, Kim said the "immaturity in the state capacity for coping with the crisis" increased the "complexity and hardships" in fighting the pandemic when "time is the life," according to KCNA.

Since its first acknowledgment of the COVID-19 outbreak, the North has reported 1.72 million patients with fever symptoms, including 62 deaths as of Tuesday evening.

Amid concerns over the isolated country's lack of vaccines and adequate medical infrastructure, KCNA said health officials have developed a COVID-19 treatment guide aimed at preventing drug overdoses and other mistreatments that have led to many of the reported deaths.

The guide includes treatments individualized for different types of patients, but state media did not elaborate on which drugs are involved in the treatment plans.