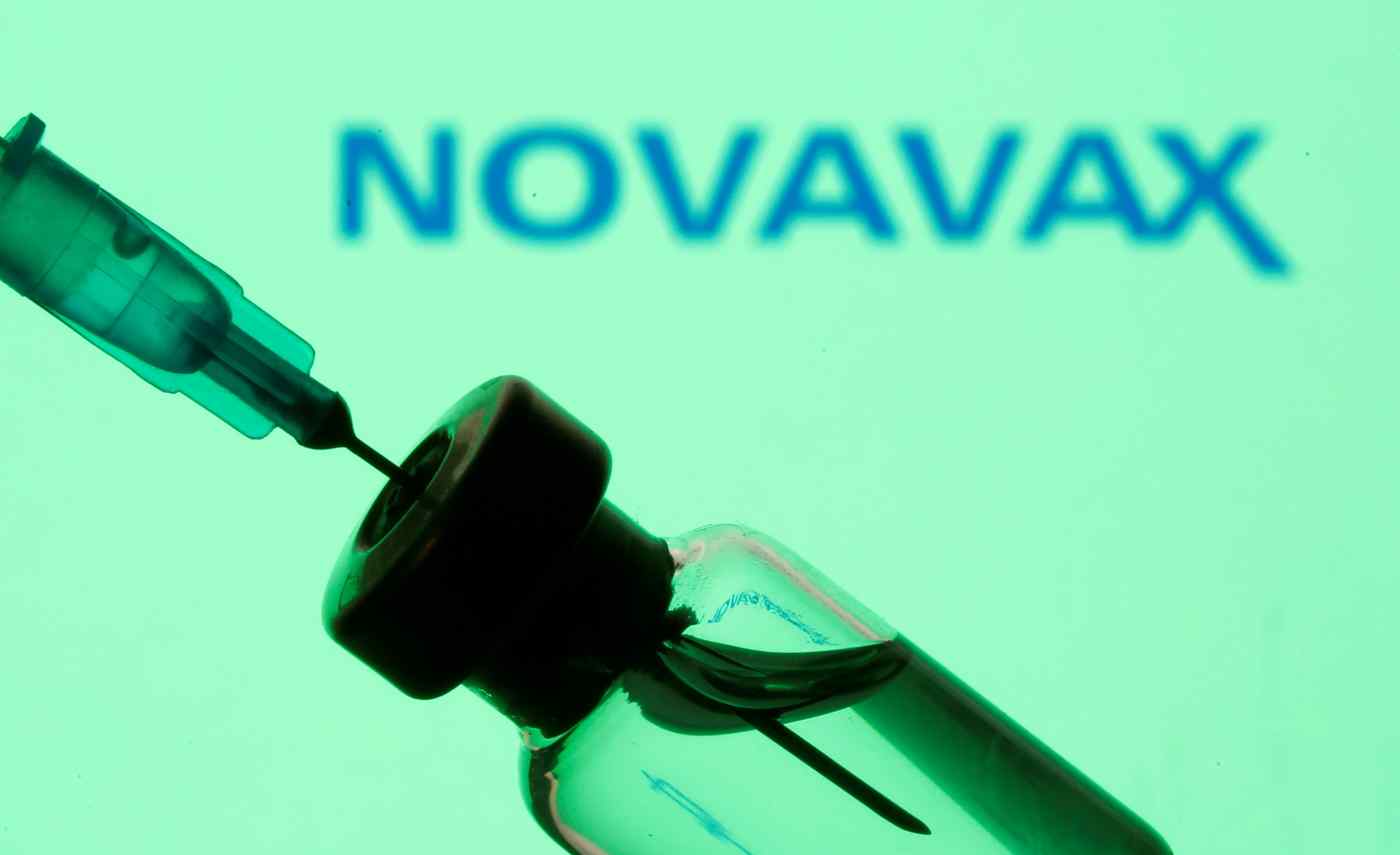 Novavax says the results reflect interim data and that it will be months until the company applies with regulators for authorization.   © Reuters
January 29, 2021 11:08 JST | North America
CopyCopied

CHICAGO (Reuters) -- Novavax said on Thursday its coronavirus vaccine was 89.3% effective in preventing COVID-19 in a trial conducted in the United Kingdom, and was nearly as effective in protecting against the more highly contagious variant first discovered in the UK, according to a preliminary analysis.

A mid-stage trial of the vaccine in South Africa, where a troubling new variant of the virus is common, showed 60% effectiveness among people who did not have HIV.

Novavax shares surged 34% in after hours trading following release of the trial results on the same day the United States reported its first cases of the South African variant.

Novavax is already stockpiling vaccine at six operating manufacturing locations, and said it expects a total of eight plants in seven countries to produce at the rate of 2 billion doses per year, including from the Serum Institute of India.

The company on a conference call noted that this was interim data and executives said they expect it will be two to three months before they are ready to apply for authorization with regulators.

The UK trial, which enrolled 15,000 people aged 18 to 84, is expected to be used to apply for use in Britain, the European Union and other countries.

Approval of the Novavax vaccine would be most welcome in Europe as it struggles with meager vaccine supply after Pfizer/BioNTech and AstraZeneca Plc delivered fewer doses than hoped.

Executives on the call said the company was discussing with the U.S. Food and Drug Administration whether the UK and South Africa data was enough to apply for U.S. emergency use authorization.

The UK study took place as the more highly transmissible UK variant was circulating. The preliminary analysis suggests the vaccine was 85.6% effective against this mutation, the U.S. company announced in its news release. It did not provide detailed data.

In the UK trial, the effectiveness of the vaccine was close to that of the two authorized vaccines from Pfizer with BioNTech SE and Moderna Inc, whose two-dose regimens were both around 95% effective at preventing COVID-19 in clinical trials.

John Moore, a professor of microbiology and immunology at Weill Cornell Medical College in New York, said the Novavax UK data are essentially the same as results from Pfizer and Moderna.

"It's not statistically different. The vaccine basically works well in the predominant strain circulating in the UK, which means it's likely to be equally effective in the United States," he said.

Dr. Amesh Adalja, an infectious disease expert at the Johns Hopkins Center for Health Security, said the results were in line with hopes, and that he was concerned people would focus too much on the weaker effectiveness shown in South Africa.

"We've gotten spoiled because we've seen the Moderna and Pfizer numbers. I know people are going to be alarmed, but 60% efficacy against the new variant is acceptable," he said, noting that the FDA initially said it would approve a vaccine that was at least 50% effective.

The South African variant has been shown to evade antibody protection in lab studies by Moderna and Pfizer/BioNTech.

Novavax said it started making new versions of its vaccine to protect against emerging virus variants in early January and expects to select ideal candidates for a booster in the coming days. The company said it plans to initiate clinical testing of these new vaccines in the second quarter of this year.

A 30,000-person trial in the United States and Mexico that began in December also is underway. The company has received $1.6 billion from the U.S. government in funding for the vaccine trial and for 100 million doses.

It also has received at least $388 million in backing from the Coalition for Epidemic Preparedness Innovation (CEPI), a Norway-based group backed by 14 governments, the Bill and Melinda Gates Foundation, and Britain's Wellcome Trust.

Authorized vaccines so far have been based on newer technology platforms, such as the messenger RNA technology used by Moderna and Pfizer/BioNTech, or inactivated cold virus platforms used by Oxford University/AstraZeneca and CanSino Biologics.

Novavax's is a more conventional protein-based vaccine, an approach similar to that used by Sanofi to make its Flublok seasonal flu vaccine. The Novavax vaccine works with the company's proprietary Matrix-M adjuvant used to boost its efficacy.