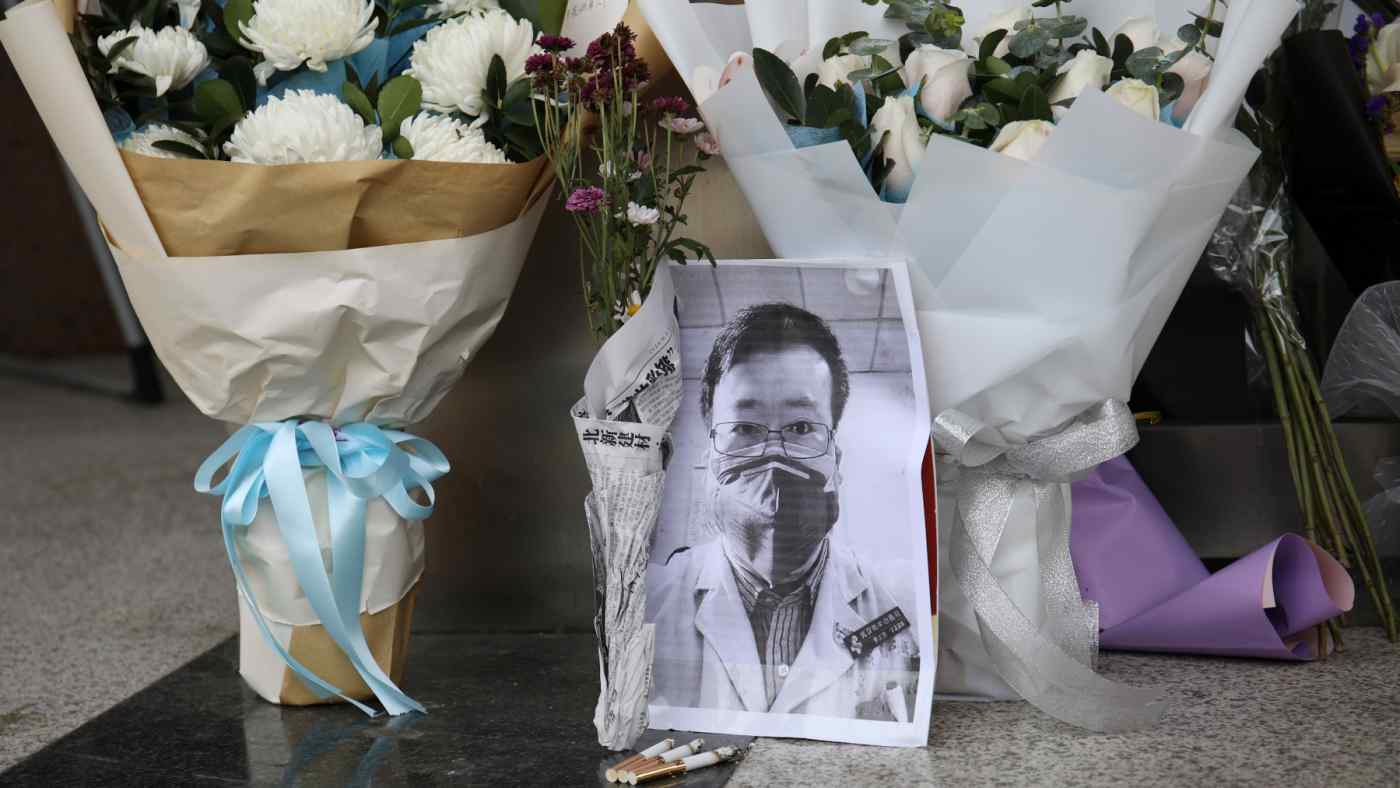 HONG KONG -- The death of a Wuhan doctor, who had been detained for "spreading false information" after alerting colleagues about the coronavirus in the early days of the outbreak, has triggered an outpouring of grief and anger on Chinese social media. The incident is prompting many in China to question Beijing's crackdown on free speech and the perceived mishandling of the public health crisis, which has claimed more than 600 lives so far.

Some internet users have described it as "the largest moral outcry in China since 1989," the year of the Tiananmen Square demonstrations.