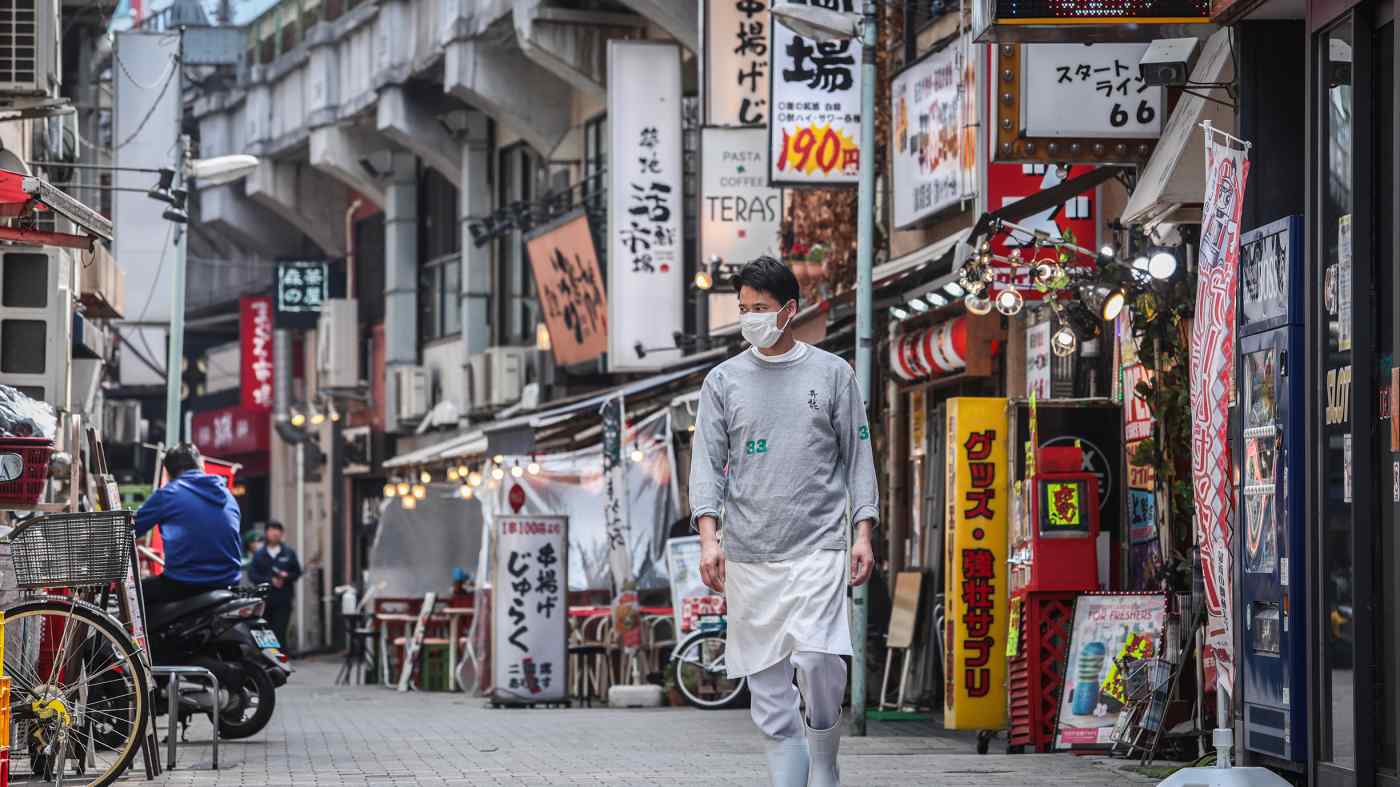 Amid mounting uncertainty over how long the pandemic will last, more restaurants in Japan are closing their doors for good.  (Photo by Yuki Kohara)
RURIKA IMAHASHI, Nikkei staff writerApril 8, 2020 18:07 JST | Japan
CopyCopied

TOKYO -- Tomoyuki Utsuno, director-general at the Tokyo Food and Beverage Business Association, a trade group made up of nearly 8,000 restaurants and bars, has many people calling at his door these days.

Over the first four business days of April, dozens of restaurant owners have asked him for help. Utsuno said the number of people seeking loans has jumped tenfold to 45, as of April 6. Applicants have sought a total of 700 million yen ($6.4 million) in loans so far this month.

"Just a few months ago, those who wanted to apply for a loan borrowed money for positive reasons, such as expanding new businesses and restaurants," Utsuno said. "But now they are facing a life-or-death situation and they borrow money to survive. Their anxieties are mounting, given their uncertainty about the future."

As the COVID-19 pandemic tightens its grip, people are taking social-distancing measures to curb the spread of the virus. This may be saving lives, but it is hurting livelihoods. Sales at some restaurants and bars were cut in half in March in Tokyo's Ginza district, said Utsuno. The upscale shopping and entertainment area is usually thronged with foreign tourists and business people.

March and April are usually busy months for restaurants in Japan, as many business people hold farewell and welcome parties for colleagues at the start of the new fiscal year. But business has been "devastated" this year, Utsuno said.

With no clear end to the pandemic in sight, some restaurant owners are calling it quits. "Some decided to close their businesses in March, as they think it does not make sense to stay in business if it means taking on debt," Utsuno said.

The numbers show the new coronavirus outbreak is indeed hammering restaurant owners. According to Teikoku Databank, there were 40 coronavirus-related bankruptcies through April 6, 12 of which were restaurants and bars. In February there were just three bankruptcies attributed to the coronavirus. The following month the number jumped to 32.

"There is a strong feeling of alienation among business owners," said Shigenobu Abe, an analyst with Teikoku Databank. In March, total bankruptcies reached 744, up 14% from the previous year and the seventh straight month of year-on-year increases.

Yoshihiro Sakada, a manager at Tokyo Shoko Research, said the virus outbreak has begun affecting consumer-focused business, having first hit specific businesses such as tourism. "At first, the affected businesses were limited to hotels and inns, but now a wider range of businesses is being affected as many events are canceled and stores close," Sakada said.

As shoppers stay home, one industry that is suffering is apparel. According to Teikoku Databank, there have been four coronavirus-related bankruptcy cases in the apparel business, as of April 6. Sakada warns that more industries, including manufacturing and construction, are likely to feel the pinch.

The Japanese government announced a state of emergency on Tuesday. The decree, which covers big cities such as Tokyo and Osaka, empowers governors to ask citizens to stay home, and to direct some businesses, such as restaurants and bars, to temporarily shut their doors to prevent the spread of the virus.

Akihiro Nisugi, a managing director at Funai Soken, predicts business failures will continue rising. "The declaration of a state of emergency is having a significant impact on restaurants," said Nisugi. He stressed that owners will face severe cash flow problems because they have to keep paying fixed and variable costs, even though their sales have fallen sharply -- some to zero -- since March.

"The biggest problem is that no one knows how long they will have to shut their business down," said Nisugi. The state of emergency is in effect until May 6, but Nisugi said it may be extended.

"It is natural that business owners are becoming anxious about the future, but the most important thing at this moment is to stay calm and solve cash flow issues first by consulting with appropriate organizations," Nisugi said.