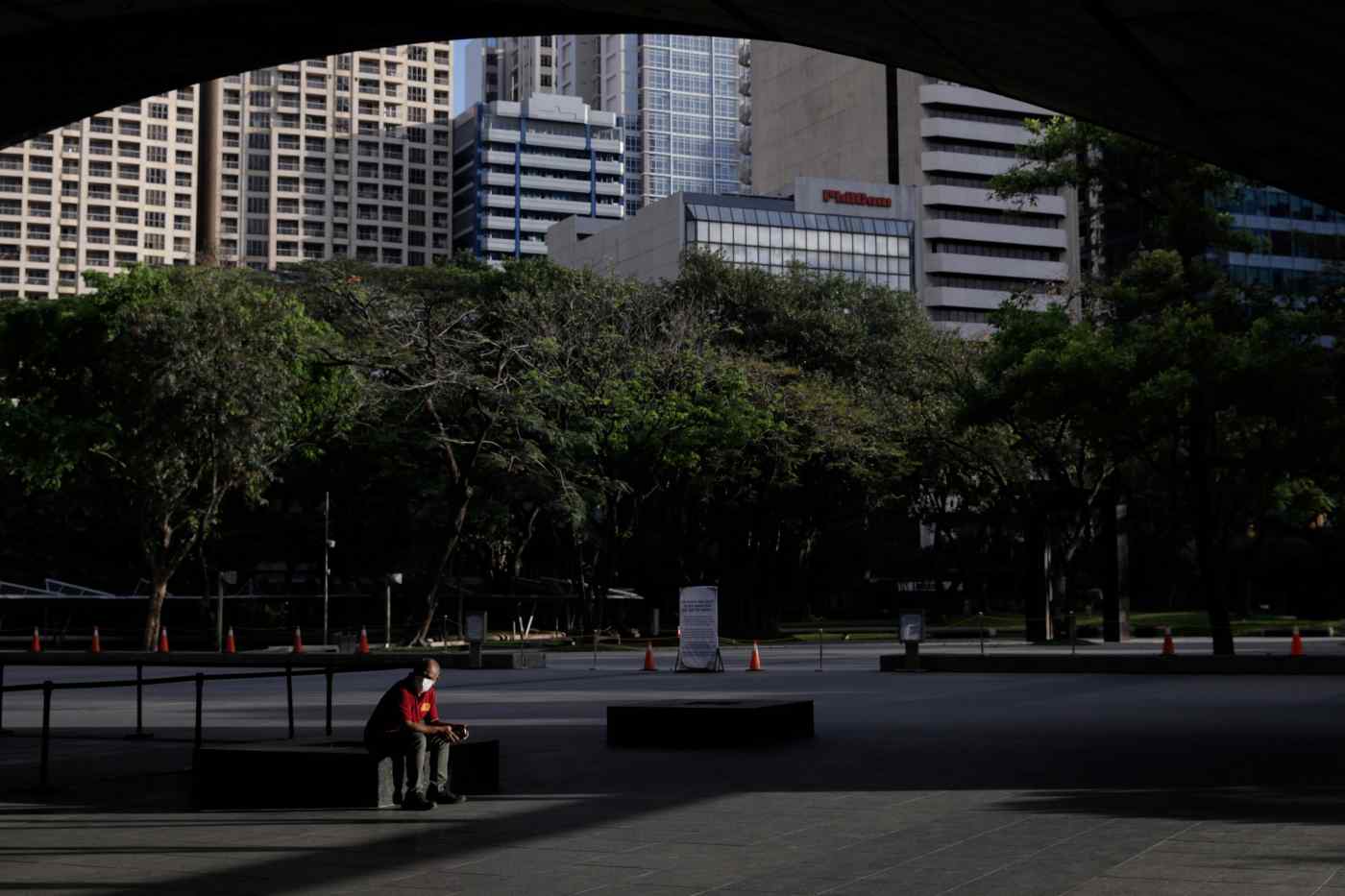 MANILA -- The Philippine Stock Exchange has asked to be exempted from drastic quarantine measures which have placed the country's main island of Luzon under lockdown.

The PSE suspended trading until further notice on Tuesday after Philippine President Rodrigo Duterte announced enhanced community quarantine measures until April 12 that effectively ban residents of Luzon, which is home to around 57 million people, from leaving their houses except to buy food and medicine.

But PSE chief Ramon Monzon said he has asked an inter-government agency task force that conducts daily evaluation of the quarantine to allow stock market operations to resume on Thursday.

"Basically, the position paper explains why the extended closure of the market will be very bad, not only for the capital market, but for the country in general," Monzon told the ABS-CBN news network.

"Because you've got the confidence of the foreign investment community dissipating," Monzon said. "They'll say: here's the only exchange that really closed because of this COVID-19."

"Even China, Singapore, Italy and Iran did not close their markets at the height of the crisis in their countries," he added.

The quarantine order allows businesses involved in essential services like food, medicine, power, water and telecom, and export-oriented companies as well as call centers to remain open, but was silent on financial markets.

Bond trading was also suspended on Tuesday "until further notice," while the foreign currency spot trading platform also closed on Tuesday, saying it will issue an advisory again on Wednesday morning.

Monzon said he had advised the task force that it will be closing the trading floor and operate with minimal staffing to observe "social distancing" measures. "We will follow the protocols," Monzon said, with some brokers already prepared for offsite clearing, settlement and trading.

PSE has 268 listed companies with a combined market capitalization of around 10 trillion pesos ($194 billion) as well as 130 stockbrokers. The average daily trading value is 6.6 billion pesos as of March 16.