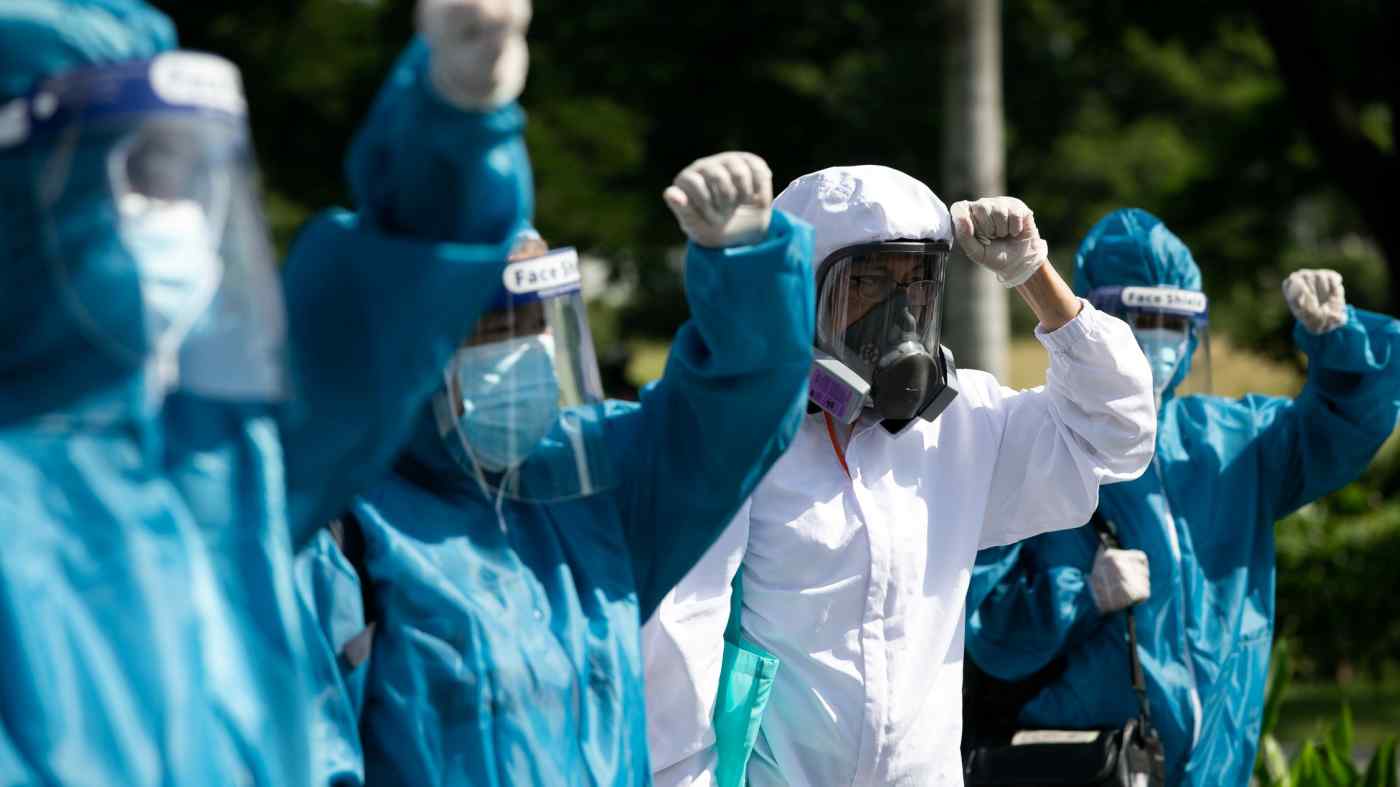 The country's health department on Thursday reported 3,561 new infections, bringing the total to 119,460 and overtaking Indonesia, where cases rose by 1,882 to 118,753. Indonesia, with a population more than twice that of the Philippines, for over a month had been the country in the region worst hit by the pandemic.

The grim milestone came on the same day the government confirmed that the Philippine economy has slipped into recession following a record 16.5% contraction in the second quarter, deeper than the 0.7% shrinkage in the first.

On Tuesday, Metro Manila and nearby provinces went back on stricter lockdown measures for two weeks, with public transportation halted and business operations limited after the local medical community warned Duterte that the country was "waging a losing battle against COVID-19."

Since initial lockdown measures were eased in June and the economy was partially reopened, the Philippines has been recording a series of record high daily infections. Government officials argue that the spike is partly due to increased testing capacity and improved case reporting protocols.

"I think we opened the economy too soon," said Anthony Leachon, a medical doctor and former adviser to the government task force in charge of the fight against COVID-19. "It should have been gradual and phased. Mobility is a big factor in transmission."

The government has been criticized for not acting fast enough to deal with the virus. After playing it down in January, Duterte declared a state of public health emergency and lockdown in mid-March, scrambling to build testing centers and import scarce personal protective equipment.

"I think that led to the increasing cases because we were not able to establish the health care capacity at an early date," Leachon said, adding that the failure to do so is holding back the economy.

The lockdown imposed on Manila and outlying areas was looser than the "enhanced community quarantine" that the Philippine College of Physicians and dozens of allied medical organizations had proposed as an urgent measure over the weekend, telling Duterte that the country's "health care system has been overwhelmed."

In dismissing the doctors' call for the stricter lockdown measures, Harry Roque, Duterte's spokesperson, stressed what he called "the delicate balancing act between public health and economic health." Manila and nearby provinces, he said, make up 67% of the nation's economy.

Officials have vowed to improve the containment strategy during the latest lockdown, including testing and isolation, while Duterte has approved the hiring of an additional 10,000 medical personnel.

"We will have to take one step back and when the virus is more contained, then we will proceed with more relaxed quarantine measures," Socioeconomic Planning Acting Secretary Karl Chua said in a news conference on Thursday.