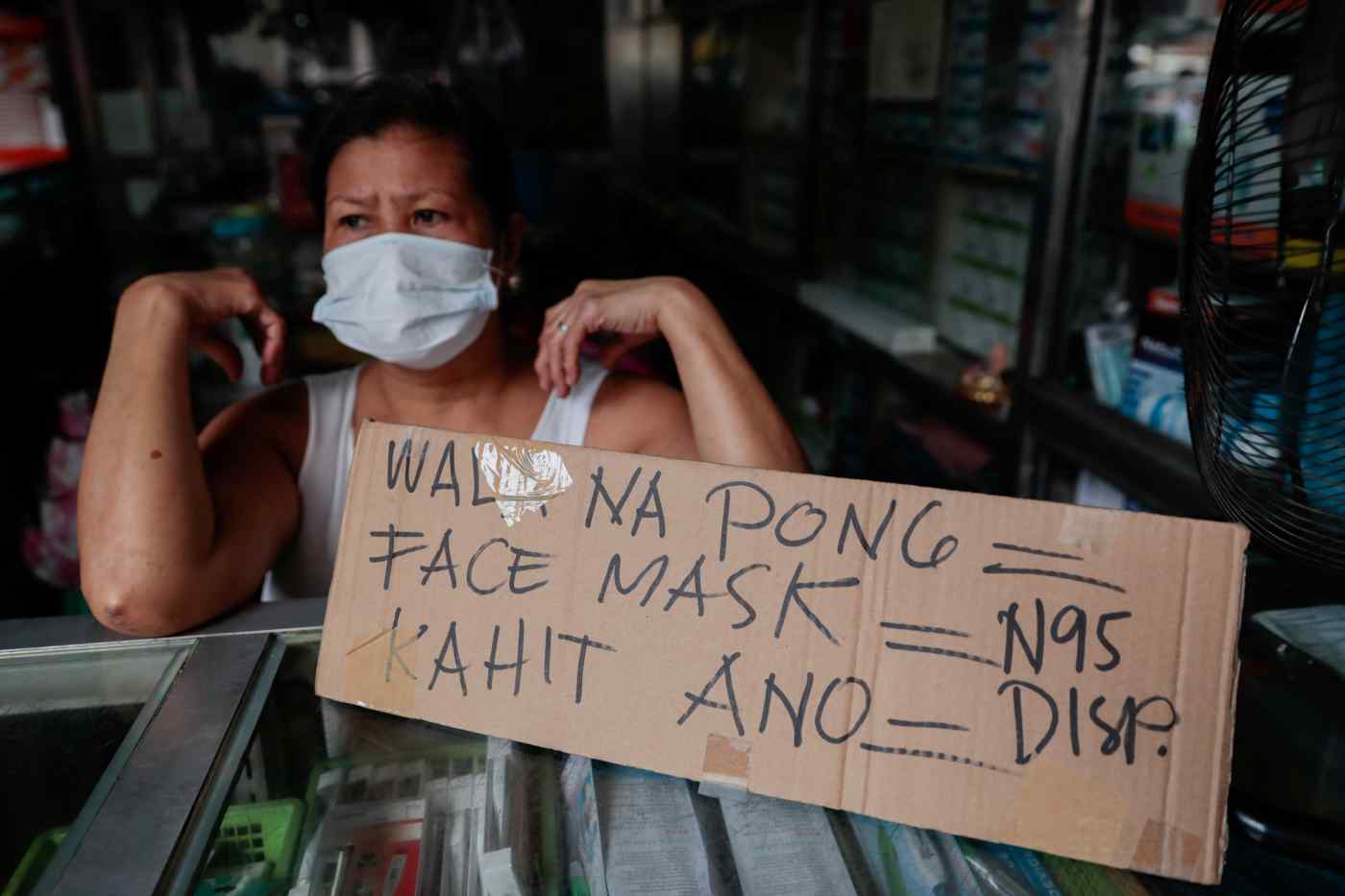 BEIJING/MANILA (Reuters) -- The Philippines said on Sunday a 44-year-old Chinese man had died of the new coronavirus, the first fatality from the growing outbreak to have died outside of China, where the epidemic started.

The Department of Health said there were now two confirmed infections in the Philippines, including the man from Wuhan in Hubei province, the epicenter of the outbreak, who died on Saturday.

The man developed severe pneumonia after being admitted to a government hospital in Manila on Jan. 25, the department said.

In China, the death toll from the coronavirus outbreak had reached 304 as of the end of Saturday, state broadcaster CCTV said on Sunday, citing the country's National Health Commission, with recorded cases of infections of more than 14,000.

The man who died was a companion of a 38-year-old Chinese woman, also from Wuhan, who was the first to test positive for the virus in the Philippines.

Both patients arrived in the Philippines via Hong Kong on Jan. 21, the health department said.

While the patient who died was "stable and showed signs of improvement" during his last few days in the hospital, his condition deteriorated in the 24 hours before he died, Health Secretary Francisco Duque told reporters.

"We are currently working with the Chinese embassy to ensure the dignified management of the remains according to national and international standards to contain the disease," he said.

Duque said all measures needed to contain the spread of the virus were being strictly implemented and followed, including by health personnel who came in contact with the two patients.

Twenty-four patients previously under investigation for infection tested negative for the new coronavirus, while samples from four other patients were still being tested, the health department said.

Passengers aboard the flights of the two positive cases were being traced, he said.

Cebu Air Inc, which operates Cebu Pacific airline, said it was working closely with health authorities to contact all passengers aboard those two flights on Jan. 21.

The two patients had taken Cebu Pacific flights from Hong Kong to Cebu and from Cebu to Dumaguete in central Philippines, the airline said in a statement.

The cabin crew and pilots on affected flights have been quarantined, and the aircraft have undergone thorough disinfection, it said.

Cebu Air and two other Philippine carriers, Philippine Airlines and the local unit of AirAsia Group Bhd, have canceled flights to China this month, joining many others around the world that have done the same.

The health department's announcement followed a move by the Philippine government to expand its travel ban amid the outbreak to include all foreigners coming from China, Hong Kong and Macao. It earlier had restricted only those from Hubei.

All the new deaths in China and most of the new infections on Saturday were in Hubei, the epicenter of the flu-like coronavirus outbreak.

The World Health Organization on Thursday declared the outbreak a public health emergency of international concern, but said global trade and travel restrictions are not needed.

However, some countries are responding to fears of the virus spreading by ramping up border controls. Singapore and the United States announced measures on Friday to ban foreign nationals who have recently been in China from entering their territories, and Australia followed suit on Saturday.

U.S. health officials on Saturday confirmed an eighth case of the coronavirus in the United States, and the Pentagon said it would provide housing for people arriving from overseas who might need to be quarantined. The country has introduced mandatory quarantine for citizens arriving from Hubei.

China's environment ministry on Saturday urged local governments to step up disposal of medical and urban wastewater to prevent the spread of the virus.

Genetic traces of the coronavirus were found in the feces of some patients, said the health authority of Shenzhen, one of the most populous cities in China.

Hubei has been under virtual quarantine for the last week, with roads sealed off and public transport shut down. The province extended its Lunar New Year holiday break to Feb. 13 in a bid to contain the outbreak.

But some people are leaving Hubei on foot over a bridge spanning the Yangtze river, entering Jiujiang city in neighboring Jiangxi province.

Lu Yuejin, a 50-year-old farmer from a village on the Hubei side of the bridge, was trying to gain passage for her leukaemia-stricken daughter on Saturday.

"Please, take my daughter. I don't need to go past... please, just let my daughter go past," Lu pleaded with the police.

Eventually, Lu and her daughter were both allowed through and an ambulance was called to pick them up.