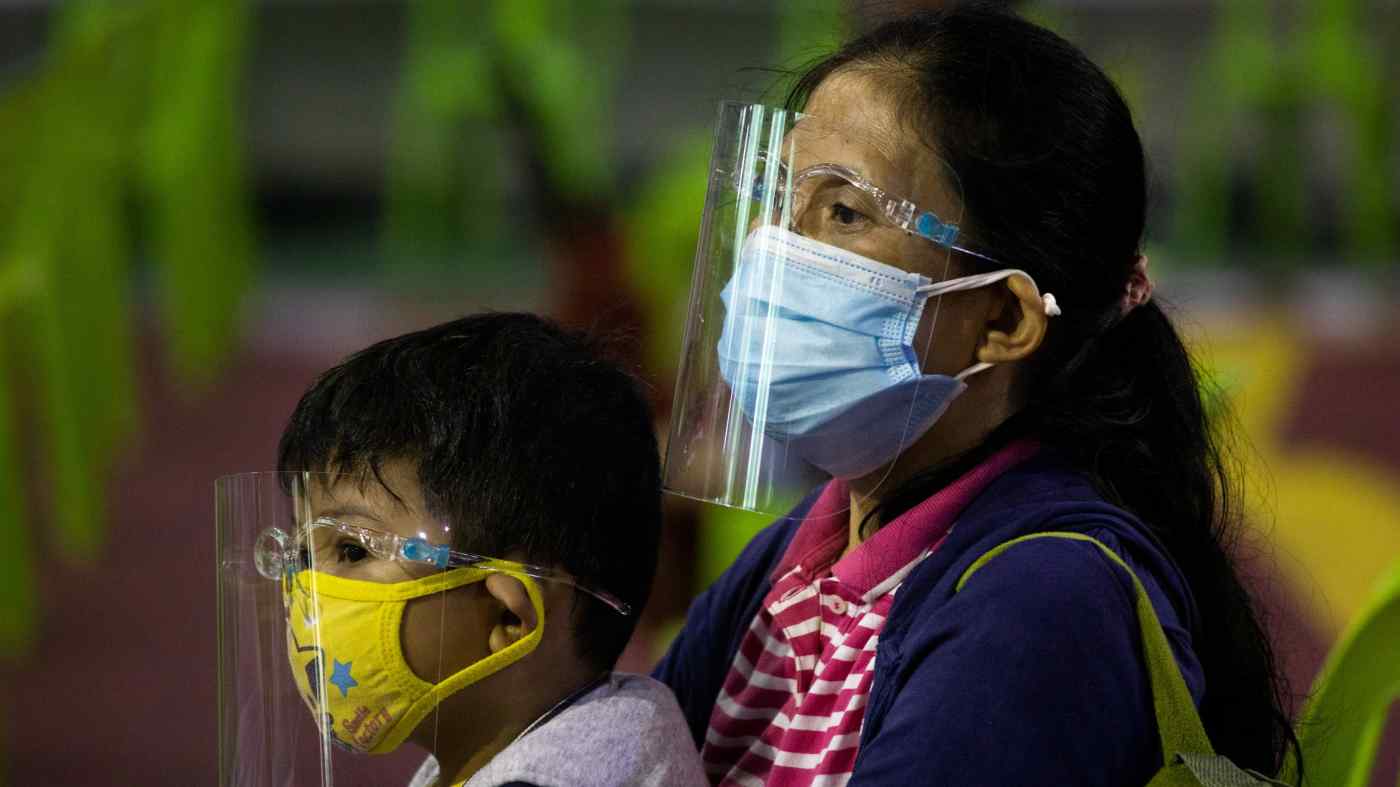 MANILA -- The Philippines begins clinical trials in October of a Russian-developed COVID-19 vaccine that Moscow says is the first in the world approved to prevent the disease, a government spokesperson said Thursday.

Philippine President Rodrigo Duterte, who this week volunteered to test the vaccine on himself, intends to take the inoculation as soon as May of next year, spokesperson Harry Roque told reporters.

The Philippines is eager to secure a supply of vaccine for its population after having overtaken Indonesia to lead Southeast Asia in COVID-19 cases.

Philippine scientists first will review the findings of Phase 1 and 2 trials on the Russian vaccine. The Philippine trials will last until March and be paid for by Russia, Roque said.

They will be conducted in parallel with Phase 3 trials in Russia. Manila aims to approve the vaccine in April.

Russia's Ministry of Health on Tuesday approved the locally developed coronavirus vaccine without these late-stage trials, which are usually required for regulatory clearance. Western health experts have expressed doubts about the shot's safety and effectiveness.

In a news conference Monday, Duterte accepted Russia's offer of a supply of the vaccine. The Philippine president expressed hope the supply would be provided for free, but Moscow has not commented on the price.

The Philippines has over 140,000 COVID-19 cases, and the spread of the virus shows no signs of slowing. Manila is in also talks on securing vaccine supplies from the U.S. and the U.K., Secretary of Finance Carlos Dominguez said.

Public confidence in vaccines in the Philippines was undermined when French company Sanofi Pasteur said in late 2017 that its dengue vaccine, Dengvaxia, could pose higher risks for people who were not previously afflicted by the mosquito-borne disease.