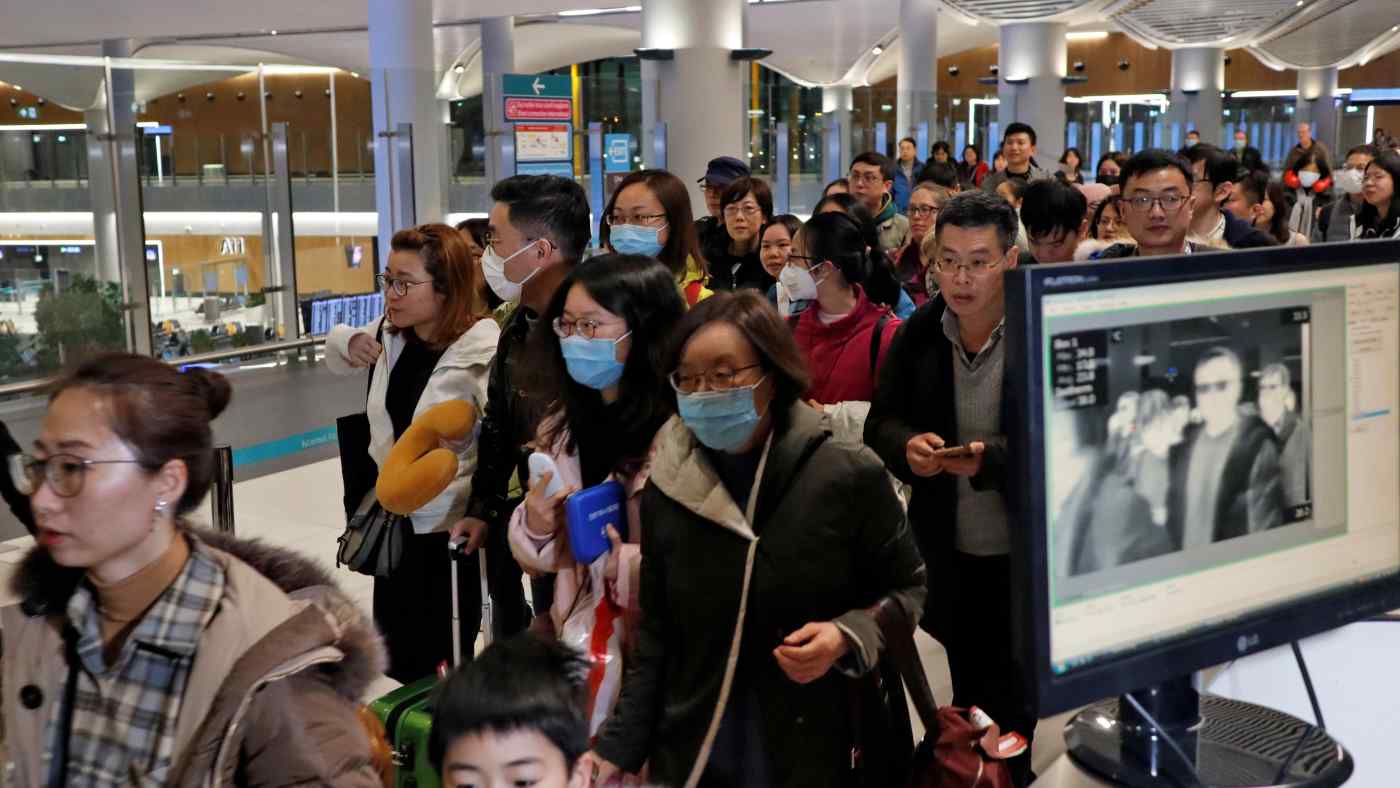 BEIJING -- With 128 countries now restricting the entry of visitors from China, leaders in Beijing are frantically calling counterparts around the world to get them to reverse their decisions as concerns grow over the economic impact of the coronavirus outbreak.

The number has more than doubled as of Tuesday from the 62 countries at the end of January, and only continues to grow. All of the Group of Seven leading industrialized nations have some type of restriction in place.

Thailand, a popular destination for tourists from China, is screening all Chinese arrivals and separating those showing symptoms associated with the coronavirus. South Africa, Myanmar and others have enacted their own defenses as well.

But obstacles to the flow of people, goods and money from China are a blow to the Chinese economy. Chinese President Xi Jinping and other members of his administration are urging global leaders to lift entry restrictions.

In a Tuesday call with Indonesian President Joko Widodo, Xi stressed that China has taken the most thorough and rigorous measures possible, which are producing results. He said China and Indonesia should work together as leading emerging powers.

Xi also spoke with Qatari Amir Sheikh Tamim Bin Hamad Al Thani that day. China's effective response has averted the further spread of the virus in the world, Xi said, promising to stay in close communication with Qatar and provide updates on the latest developments.

Chinese Premier Li Keqiang and top diplomat Yang Jiechi have also been making calls, urging leaders in the U.K., Germany and other countries to respond calmly to the situation.

Xi is likely emboldened by the World Health Organization saying it "does not recommend any travel or trade restriction" over the coronavirus when it declared a global health emergency on Jan. 30. WHO Director-General Tedros Adhanom Ghebreyesus also said other countries should look to China's efforts to contain the virus.

Xi told U.S. President Donald Trump in a Friday phone call that the WHO, based on its professional perspective, is urging all countries to avoid overreacting. He asked the U.S. to assess the epidemic in a calm manner.

China is planning a foreign ministers meeting with the Association of Southeast Asian Nations as early as Feb. 20 in Laos to discuss a response to the coronavirus. Nine of the 10 ASEAN nations have restricted travel from China. Xi likely hopes to soften their stance by sending Foreign Minister Wang Yi to the gathering.

Beijing is also ramping up stimulus measures to blunt the economic impact at home. The Standing Committee of the Chinese Communist Party Politburo met Wednesday, and agreed to work on macroeconomic measures like temporary tax breaks for virus-hit industries.

Other ideas include infrastructure bonds by local governments to boost private-sector investment.

There have been positive changes to the epidemic situation, thanks to "hard-won progress made by all sides," Xi said.