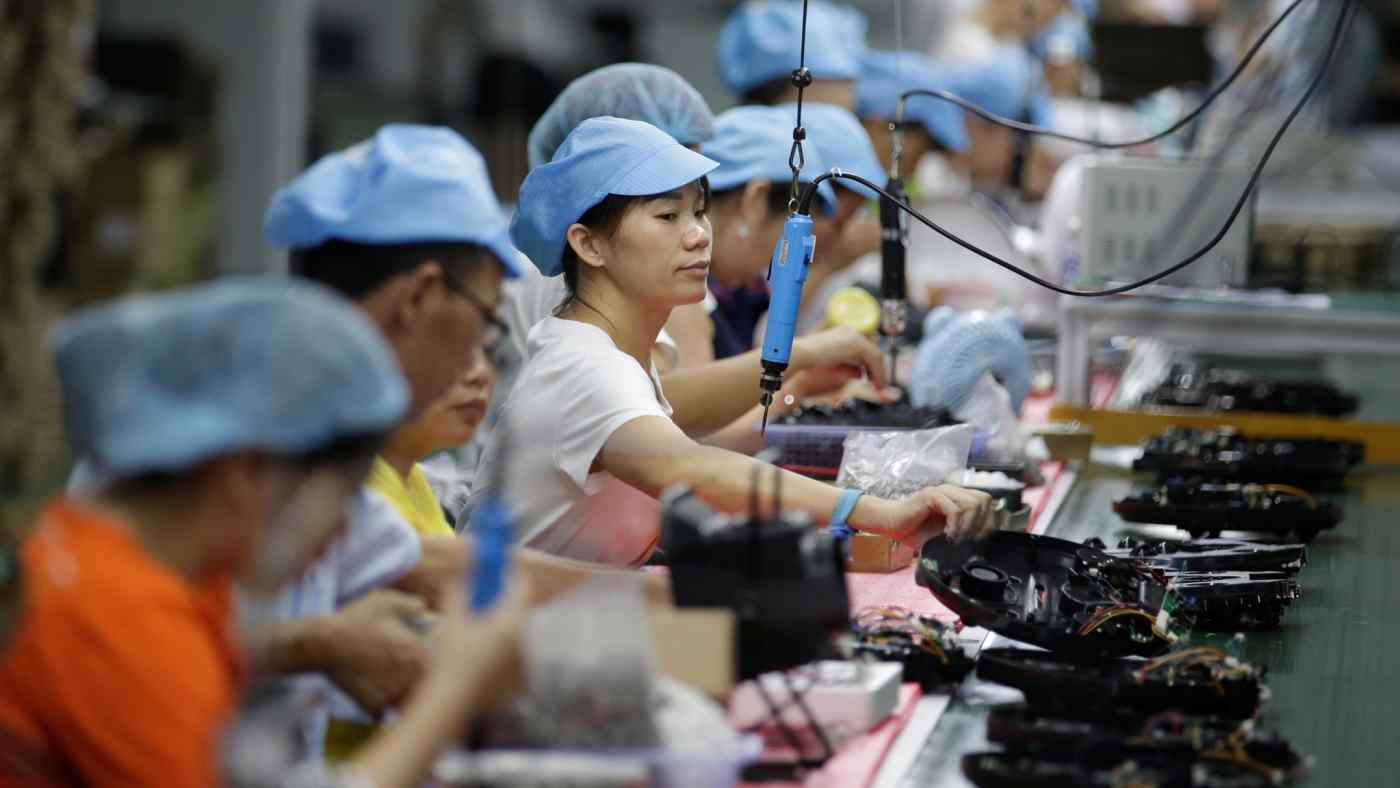 GUANGZHOU/TAIPEI -- Local Chinese governments are telling companies to keep workers at home after the Lunar New Year holidays as the coronavirus infection spreads, raising the possibility of stalled production disrupting the global supply of smartphones, personal computers and other electronics.

The Chinese government has already extended the Lunar New Year holiday to Sunday, which was scheduled to end on Thursday. But at least 25 provinces and major cities, including Beijing and Shanghai, have told companies to keep employees at home longer. The coronavirus, 2019-nCoV, has sickened more than 11,790 people and killed at least 259 in mainland China.

China assembles wide-ranging electronics such as smartphones, game consoles, servers and home electronics and ships them to markets across the world. Protracted factory shutdowns could threaten to dry up those supplies. In particular, the disruption could affect Apple's anticipated release in March of a new cheaper iPhone model, whose shipment is slated to start in late February.

The city of Beijing issued notice on Friday asking companies to keep employees at home until Feb. 9. Power utilities, telecommunications carriers, medical institutions and pharmaceutical companies are exempt from the decree.

Shanghai and Guangdong Province have also told companies to extend the holidays until Feb.9. Hubei Province, where the epicenter of the outbreak Wuhan is located, asked businesses to remain closed until Feb. 13. As of Saturday night, 25 of the 31 top cities, provinces and autonomous regions have extended the holidays.

Japanese companies such as Honda Motor and Daikin Industries, which operate factories in Wuhan, have decided to restart operations after the 14th. The effect will become profound if stalled operations spread beyond Hubei Province.

Apple supplier, Foxconn Technology, the world's biggest manufacturer of electronic devices, has about 70% of its fixed assets, such as factories, in China, with each site employing 700,000 to 1 million workers. In addition to a production and development base in Shenzhen, the tech giant has a factory in Zhengzhou, Henan Province, that is called the world's largest iPhone assembly base.

The effect could ripple through Japan's automotive sector. Japan imported automotive parts totaling roughly 347 billion yen in 2018, according to the Japan External Trade Organization. The amount is 10 times larger than the figures in 2002 to 2003 during the SARS outbreak.