U.S. leads in pandemic deaths while Brazil falls to No. 3 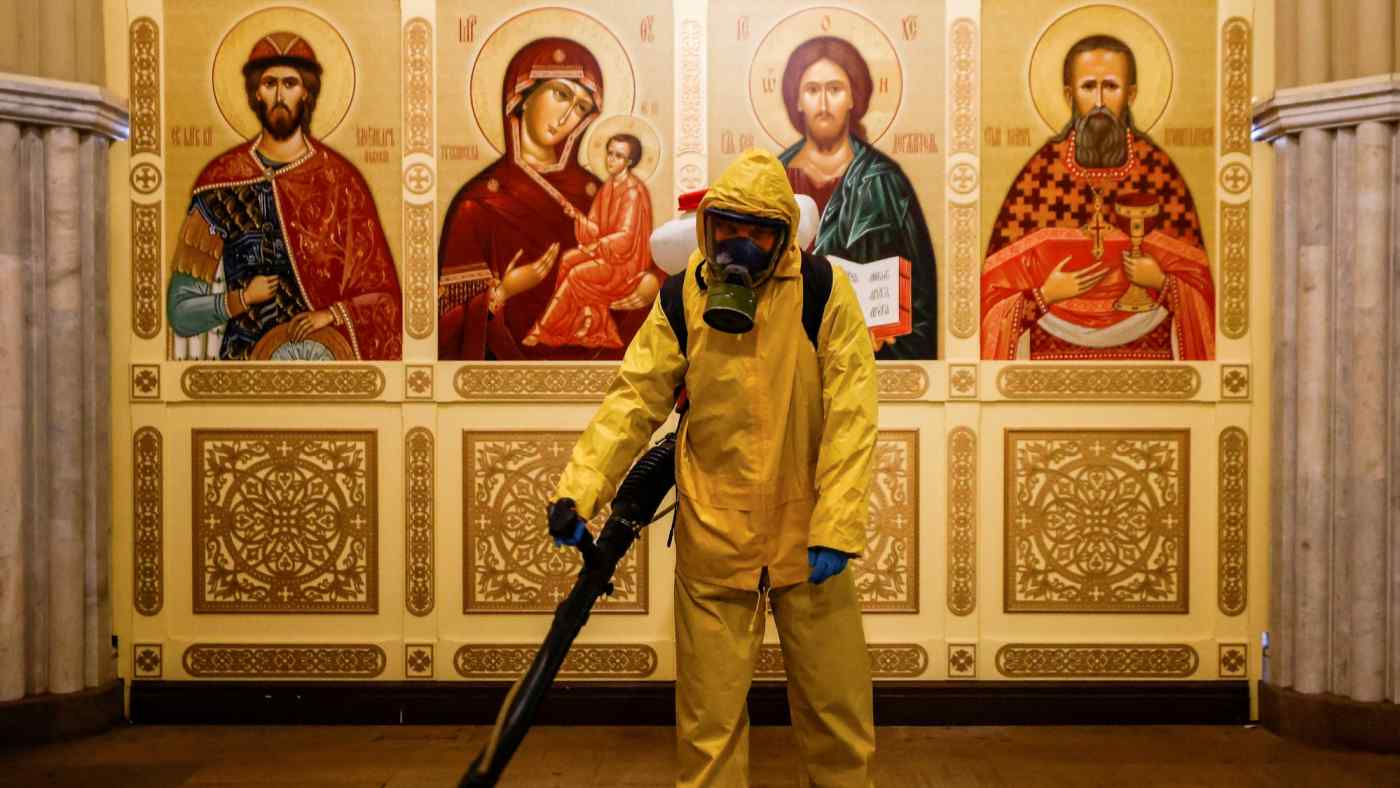 A specialist sanitizes a railway station amid the outbreak of the coronavirus disease in Moscow.   © Reuters
December 31, 2021 02:50 JST | Russia & Caucasus
CopyCopied

MOSCOW (Reuters) -- Russia has overtaken Brazil to have the world's second-highest death toll from the COVID-19 pandemic, behind the United States, data from Russia's state statistics service and Reuters calculations showed on Thursday.

The statistics service, Rosstat, said 87,527 people had died from coronavirus-related causes in November, making it the deadliest month in Russia since the start of the pandemic.

Russia's overall pandemic death toll reached 658,634, according to Reuters calculations based on Rosstat figures up to the end of November and data from the coronavirus task force for December, overtaking Brazil which has recorded 618,800 deaths.

The death toll in the United States is higher, at 825,663 people, according to a Reuters tally, but its population is more than twice as big as Russia's.

Reuters calculations also showed Russia recorded more than 835,000 excess deaths since the beginning of the outbreak in April 2020 to the end of November, compared to average mortality in 2015-2019.

Some epidemiologists say that calculating excess deaths is the best way to assess the true impact of a pandemic.

So far, Russia's death toll has not been affected by the Omicron variant and was mostly caused by a surge of infections in October and November, which health authorities blamed on the Delta variant and a slow vaccination campaign.

On Thursday, Russian authorities ordered hospitals to get prepared for a possible surge https://www.reuters.com/world/europe/russia-braces-omicron-led-covid-wave-early-next-year-sources-2021-12-30 in COVID-19 cases.