Samsung and Hanoi rush to defend Galaxy hub from coronavirus 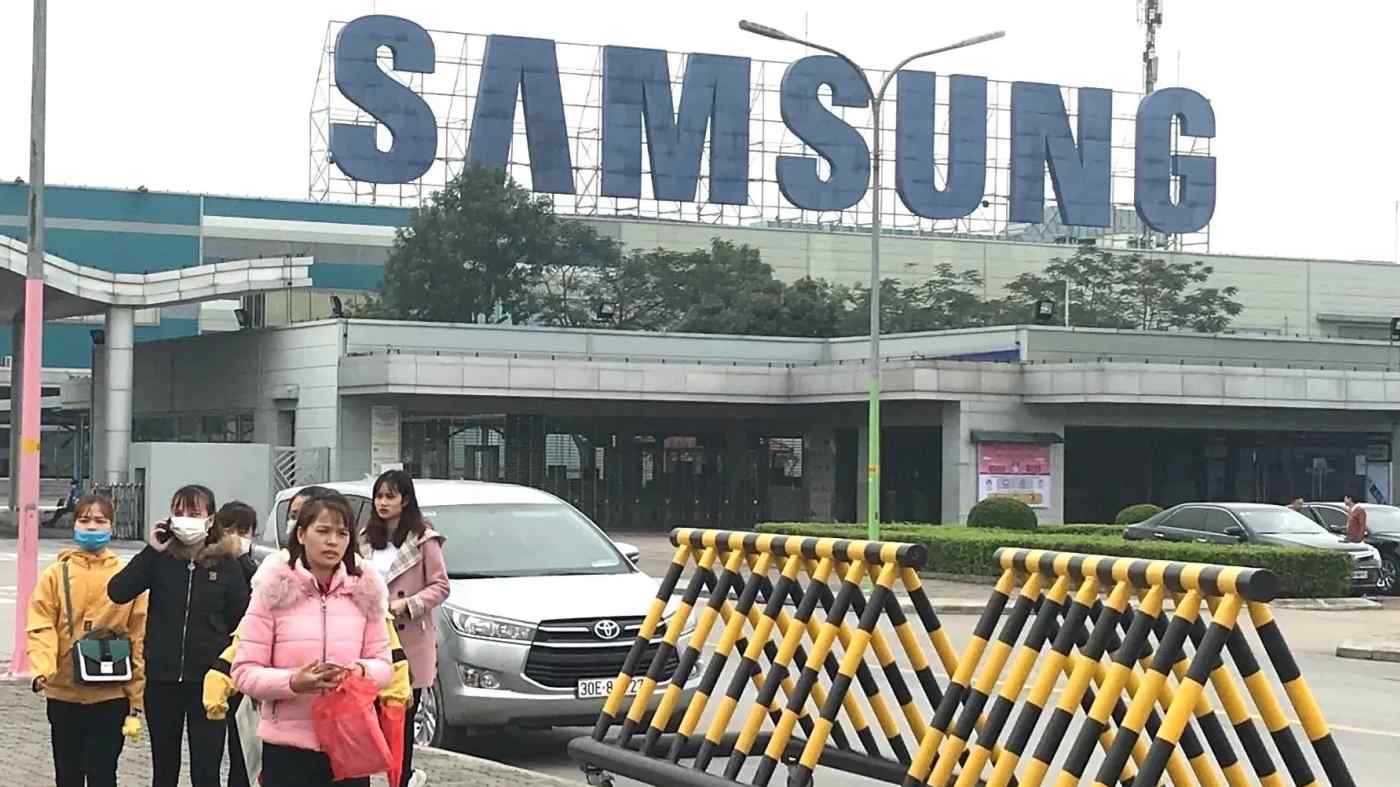 HANOI/SEOUL -- Work at Samsung Electronics' biggest Vietnamese factory has resumed, employees say, and they have started churning out new 5G-compatible S20 handsets unveiled on Tuesday in the U.S. to hit shelves on March 6. But the production base for Galaxy smartphones remains vulnerable to supply disruptions caused by the coronavirus epidemic in nearby China.

Samsung recently warned Hanoi that the company's Vietnamese revenue could plunge 50% in 2020 if customs clearance problems are not resolved, the Nguoi Lao Dong newspaper and other local media reported Monday, quoting the Ministry of Planning and Investment.

The South Korean company, which is a major contributor to Vietnam's economy, hopes to avoid the production delays hitting iPhone assemblers in China. Samsung's factories in Vietnam source some parts and materials from China, people with knowledge of the company's operations told the Nikkei Asian Review.

Since the outbreak of the new virus centered in the Chinese city of Wuhan, Vietnam and China have cooperated to ease customs clearance at border crossings. Yet hundreds of containers of imported materials were held up at Huu Nghi border gate in Lang Son Province, as of Tuesday.

Details are unknown, but a two-week quarantine has been imposed on every truck driver who crosses from China into Vietnam, a driver who requested anonymity told Nikkei.

"I have spent an extra week at the border gate waiting for cargo delivery. I don't want to be isolated for another 14 days," a driver who declined to be named told Nikkei. While he carries watermelon and other produce, other drivers move electronic products from China to Vietnam, he said.

The other border crossings will remain closed until the end of February, local media Tuoitre said. Chinese side lacks enough officials to control checkpoints.

Samsung's factories in Vietnam reopened after the Lunar New Year -- known in the country as Tet -- ended Jan. 30, even as rivals Apple, Google and Huawei Technologies faced supply chain disruptions in China as that country returned to work more recently after extending the holiday.

Samsung operates three production affiliates in the communist-led country. The affiliate in Thai Nguyen Province, north of Hanoi, is the largest with nearly 60,000 employees.

"The complex in Thai Nguyen is Samsung's biggest smartphone factory, and devices produced there are sold globally," an official at the company told Nikkei.

"The factory is now running normally," a Thai Nguyen plant worker in her 20s told Nikkei on Friday.

But the woman said she can sense managers remain on alert for potential outbreaks.

"Thousands of us live under the same roof at the company's dormitories," she said. "Managers keep reminding us of the importance of taking self-protection measures during working hours, such as washing your hands and wearing masks."

During the Tet holiday, people traditionally come and go across the more than 1,200 km border between Vietnam and China. But this year was an exception. Samsung canceled an event to welcome workers back from the holiday, sources say.

While on the surface it appears to be as business as usual, another worker at Thai Nguyen said, the factory is under pressure to avoid infection.

"For now, hundreds of colleagues are staying at home at the request of the company," the man said Friday. These employees have returned from their hometowns near the border with China and said they had direct contact with Chinese nationals during the Tet holiday. "They will receive full payment," he added.

An employee at a Samsung factory in Bac Ninh Province said some of his colleagues are segregated while the plant keeps rolling out products. Managers are taking additional precautions against infection by setting up checkpoints at factory gates to spot workers with health risks.

Local authorities are keen to mobilize full support for Samsung to keep the factories running. Thai Nguyen provincial officials visited the local Samsung factory Feb. 3, promising to provide access to all necessary medical supplies in order to keep workers healthy and prevent the spread of the virus. Body temperatures of employees are measured at the entrance to the Samsung factory in Bac Ninh Province. (Photo by Tomoya Onishi)

Samsung as a group has invested more than $17.3 billion in Vietnam, according to Vietnam Industrial Agency, under Vietnam Ministry of Industry and Trade. The Thai Nguyen facility alone had an export value of $24 billion in 2018, local media including Nhan Dan reported last year.

Samsung posted revenue of 74 trillion won ($62.3 billion) in Vietnam in 2018, accounting for 28% of the country's gross domestic product, according to a BusinessKorea report last March.

Vietnam is now Samsung's largest overseas production base, manufacturing high-end devices including the Galaxy Fold, the flagship foldable phone. Revenue from Vietnam made up 30% of the South Korean tech giant's total sales in 2018, the report said.

Hanoi and local authorities share reasons for sustaining Samsung's production, as the country aims to achieve 6.8% economic growth this year. The tech company will play a crucial role in delivering on this target.

On Feb. 4, Samsung Vietnam signed a memorandum of understanding with the Ministry of Industry and Trade as well as the Hai Duong Provincial People's Committee on providing assistance for local companies engaged in the tech supply chain.

Trade Minister Tran Tuan Anh and Deputy Prime Minister Vuong Dinh Hue attended the ceremony. Hue was just appointed as the Communist Party of Vietnam's new secretary for Hanoi on Friday. He is also a member of the Politburo, the party's top decision-making body, suggesting he is in line for promotion to one of the four most important posts in the country.

Vietnam is heading toward two important events in the country next year: the 13th Communist Party election and the 15th national general election. On the back of Hanoi's support, Samsung has a chance to capitalize on the coronavirus crisis as rivals struggle to fully restart their supply chains in China.

Local news outlets are now reporting that Vietnam and China have agreed to open three key border gates for cargo trucks only. Whether the move would help to alleviate the congestion remains to be seen.