Seoul eases social distancing for 2 weeks ahead of major holiday 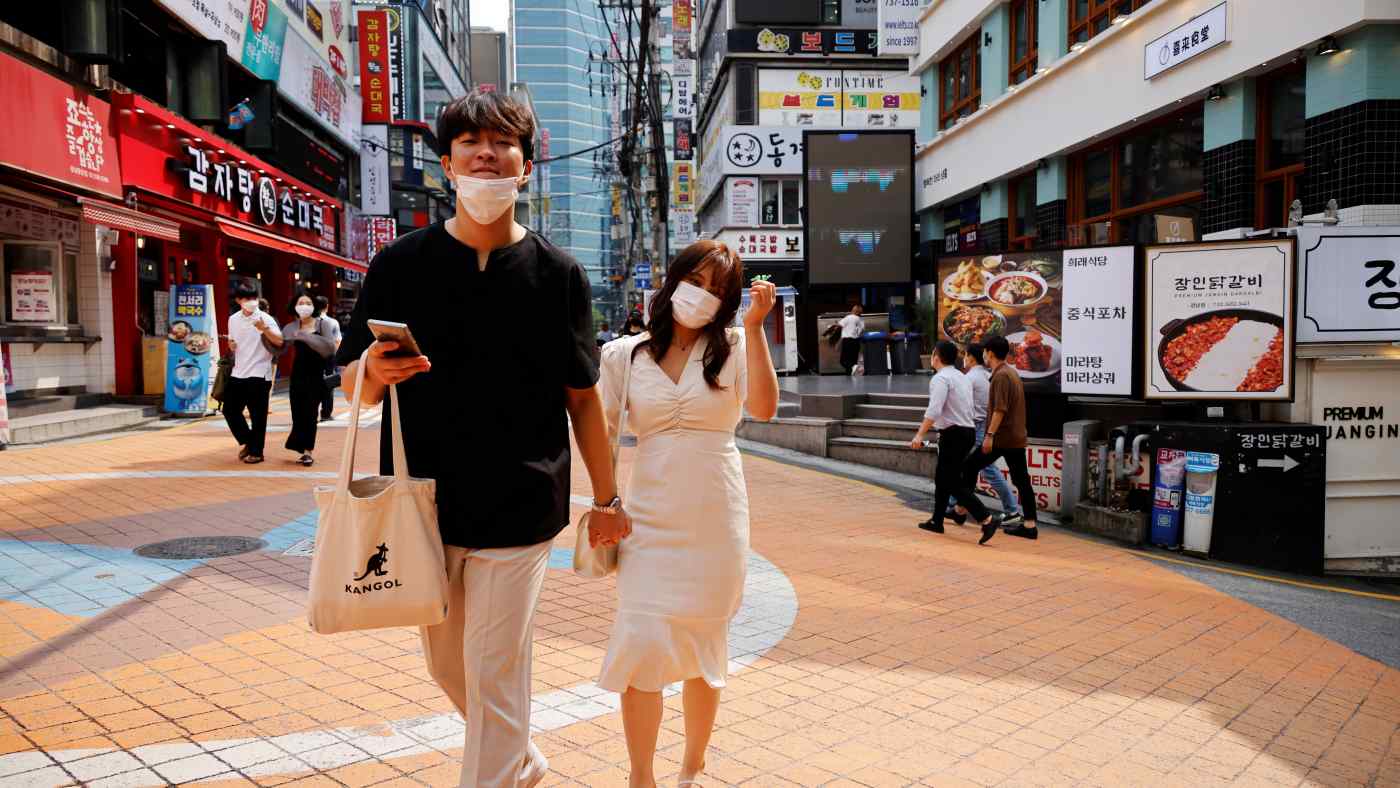 A couple wearing masks walks amid the coronavirus disease pandemic at a shopping district in the Gangnam area of Seoul.   © Reuters
September 13, 2020 17:38 JST | South Korea
CopyCopied

The government has lifted a ban on on-site dining after 9 p.m. though still requires restaurants and cafes to restrict seating and record patrons' names and contact details.

While leisure facilities such as gyms and internet cafes are also allowed to reopen, under so-called phase two restrictions, indoor gatherings are limited to 50 people and outdoor gatherings to 100, while spectators are banned from sporting events.

Health authorities said the easing would contribute toward a reopening of the economy, before returning to tougher guidelines for two weeks again from Sept. 28 during the Chuseok holiday.

"After a comprehensive review of the recent situation and expert opinion, the government intends to adjust social distancing to phase two in the Seoul area for two weeks," Prime Minister Chung Sye-kyun told a televised meeting of government officials.

"The number of daily infections is still not dropping to double-digits and it isn't yet a situation where measures can be significantly relaxed, as one out of four people's path of transmission is untraceable," Chung said.

The Korea Center for Disease Control and Prevention (KCDC) reported 121 new cases of novel coronavirus infection as of midnight on Saturday, bringing total infections to 22,176, with 358 deaths.