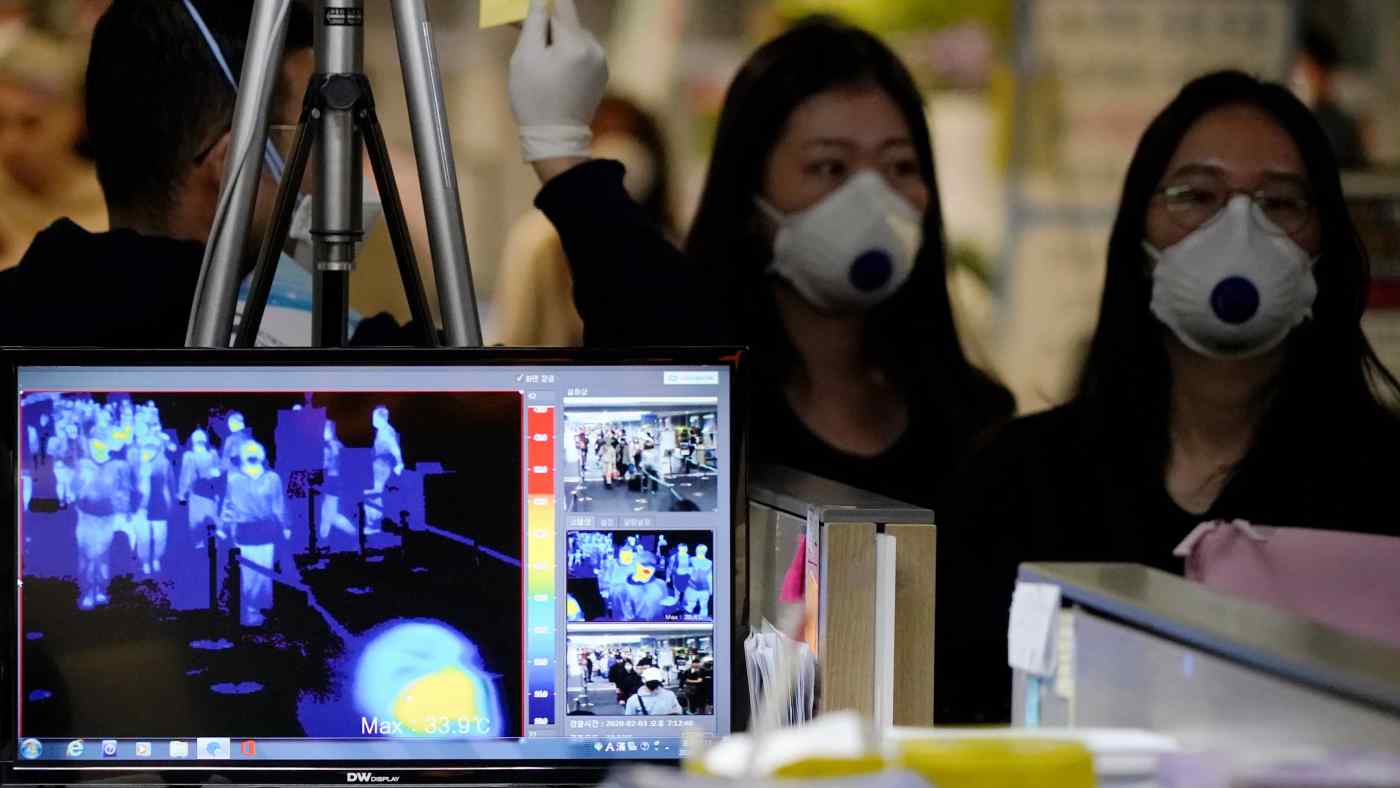 SEOUL -- The South Korean government on Tuesday advised citizens against traveling to Japan and five other destinations, a step taken to curb the coronavirus spread.

The advisory, issued by the Ministry of Health and Welfare, also extends to Singapore, Malaysia, Vietnam, Thailand and Taiwan.

The measure is separate from the travel alerts issued by the Ministry of Foreign Affairs. Under that system, South Koreans had already been warned to "refrain from traveling" to China, including Hong Kong and Macao.

This marks the first time since the outbreak began that Seoul extended a travel advisory to a country other than China. The advisory is meant to prevent the cross-border entry of the new virus through a third nation, an official at the Ministry of Health and Welfare told reporters.

South Koreans had already been told to evacuate Wuhan, the epicenter of the coronavirus outbreak that has infected more than 42,000 people and killed more than 1,000.

Twenty-eight people have contracted the virus in South Korea as of Tuesday, according to the ministry.

South Korean travel to Japan was falling even before the outbreak amid diplomatic and economic tensions. Visits to Japan have dropped by around 60% from a year earlier each month since October.