With no income or safety net, many turn to online jobs that 'pay far less' 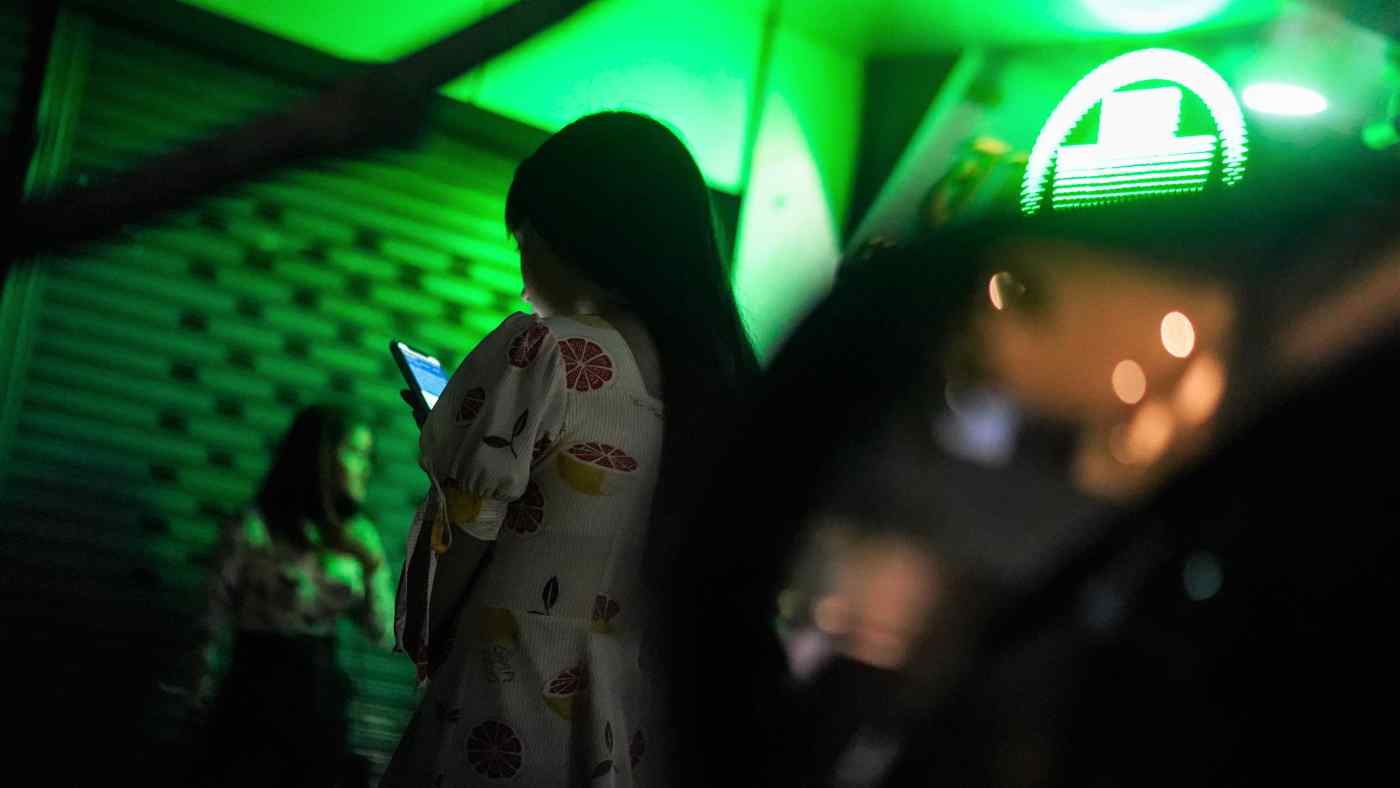 SINGAPORE -- Since the coronavirus pandemic started, Danna, a transgender "social escort" in Manila, has been afraid to meet strangers. As a companion for hire, Danna's work would involve intimate acts with customers.

Strict measures to stem the spread of COVID-19 in the Philippines and elsewhere in Asia have made jobs that entail close contact difficult at best. For workers like Danna, this has been both a curse and a blessing, robbing them of their livelihoods but also reducing their infection risks.

"Part of me is desperate to get back to work so I can earn money and help my family during this time, while another part of me is nervous to meet people while there's still a danger I can get sick, and then make my family sick," Danna was quoted as saying in a blog post on Smooci, a U.K.-based escort booking platform that operates across Asia -- Bangkok, Singapore, Manila, Kuala Lumpur, Phnom Penh, Hong Kong, Macao and Tokyo.

The handful of stories shared on the site offer a window on how the pandemic is threatening some of Asia's most vulnerable people. Although the legalities of the trade vary from place to place, the industry typically operates on the fringes of society, with support groups warning that many workers have no access to government safety nets.

Even as some economies reopen in fits and starts, international tourism in the region remains practically nonexistent and social distancing measures are in place, significantly limiting workers' options. 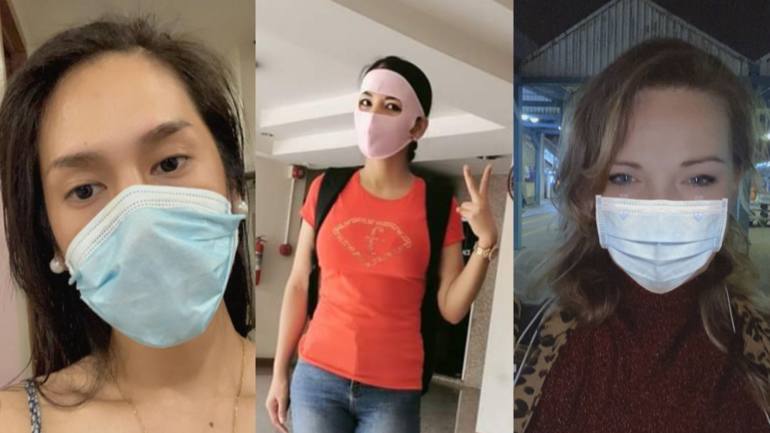 A screen grab from Smooci, a platform for escorts, shows some who have spoken about difficulties encountered due to the COVID-19 pandemic. (Courtesy of Smooci)

In Thailand, an escort named Tan spoke of financial stress and isolation. "I stayed in Bangkok as I needed to work. But I have not had many clients. Now I'm not able to earn money, and also not able to travel and be with my family," she said on Smooci.

Smooci's chief executive, Kal Kingsley, told the Nikkei Asian Review that his service and Asia's sex trade in general almost came to a halt after the pandemic hit, leaving escorts anxious and desperate. "We have continued to see some companions sign up, and around 50% to 80% are still making themselves available for work, but in reality the clients and bookings are not there," he said.

He said the platform -- described in some media reports as "Uber for escorts" -- saw total shutdowns in Manila, Singapore, Hong Kong and Kuala Lumpur in April and May, amid strict government measures to curb virus transmissions. Activity in Bangkok dropped to about 10% of normal.

Pressed for income, some in the business have turned to online alternatives, such as charging for private photos and videos or offering livestreamed shows. But Kingsley said these are not perfect substitutes, adding that "web camming" is "highly competitive" and had been on the decline. Business disruptions in Asia's red light districts, like this one in Bangkok, have pushed some sex workers online, where they encounter very different challenges. (Photo by Akira Kodaka)

Scammers only complicate the work of those who genuinely ply the trade for a living. Some set up fake online profiles to lure customers -- a practice known as "bait and switch" that Kingsley suggested was particularly common in Singapore. Some fraudsters ask unsuspecting customers to transfer funds in exchange for sexual favors, only to disappear once the money has changed hands.

Police in the city-state reported nearly 240 "credit for sex" scams in the first three months of 2020, up about 40% from the same period of 2019. The problem did not go away despite the coronavirus restrictions imposed in April: At least 20 men reported being victims of such scams that month, losing a total of around 50,000 Singapore dollars ($36,000).

Meanwhile, spots in the city-state where sex workers congregate remain quieter than usual.

Orchard Towers, a shopping mall known for its clutch of rowdy pubs and massage parlors in Singapore's prime retail district, was all but deserted during the economic shutdown that lasted until June. The impact is still being felt.

"Most of the girls are Filipinas and [from] some other countries, so after lockdown they don't have any money," Hameed Sulthan, owner of a convenience store at Orchard Towers, told Nikkei. "I hear most of the girls go back to their home country," he said. 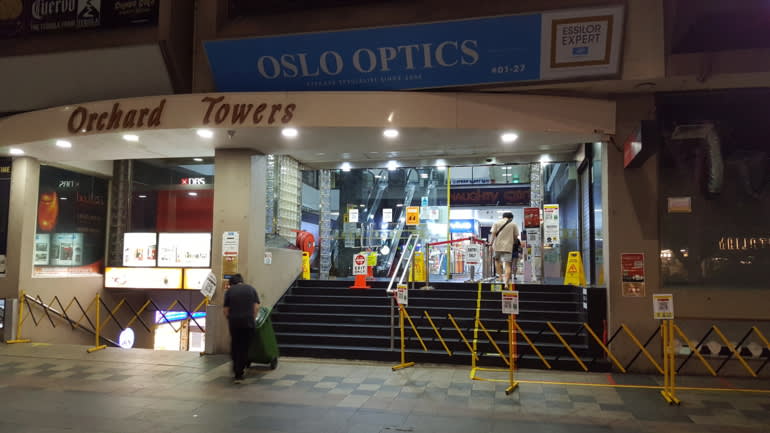 On Monday night, a handful of Orchard Towers' massage joints were open, along with a few pubs, but many establishments were still shuttered. Although a few workers beckoned passersby, the scene was far from business as usual.

Project X, a nonprofit group in Singapore that supports sex workers, told Nikkei that the temporary shutdown of entertainment facilities -- including licensed brothels -- left many people with no source of income. And since many were migrant workers who did not have official documentation and could not reveal the nature of their jobs for fear of legal repercussions, they were ineligible for the government's coronavirus aid, according to Vanessa Ho, Project X's executive director.

Running on donations, the organization started a program at the end of April to help sex workers with their rent, daily meals and medical costs. It has given grocery vouchers to more than 130, while also lending an ear to their troubles.

"Many sex workers do what they do to survive -- to support their children, their parents and themselves," Ho said. "Due to the fact that most of their earnings go toward supporting their dependents, very few have any sort of savings, leaving them in a very vulnerable situation."