Shanghai Disneyland to reopen on May 11 with limited traffic 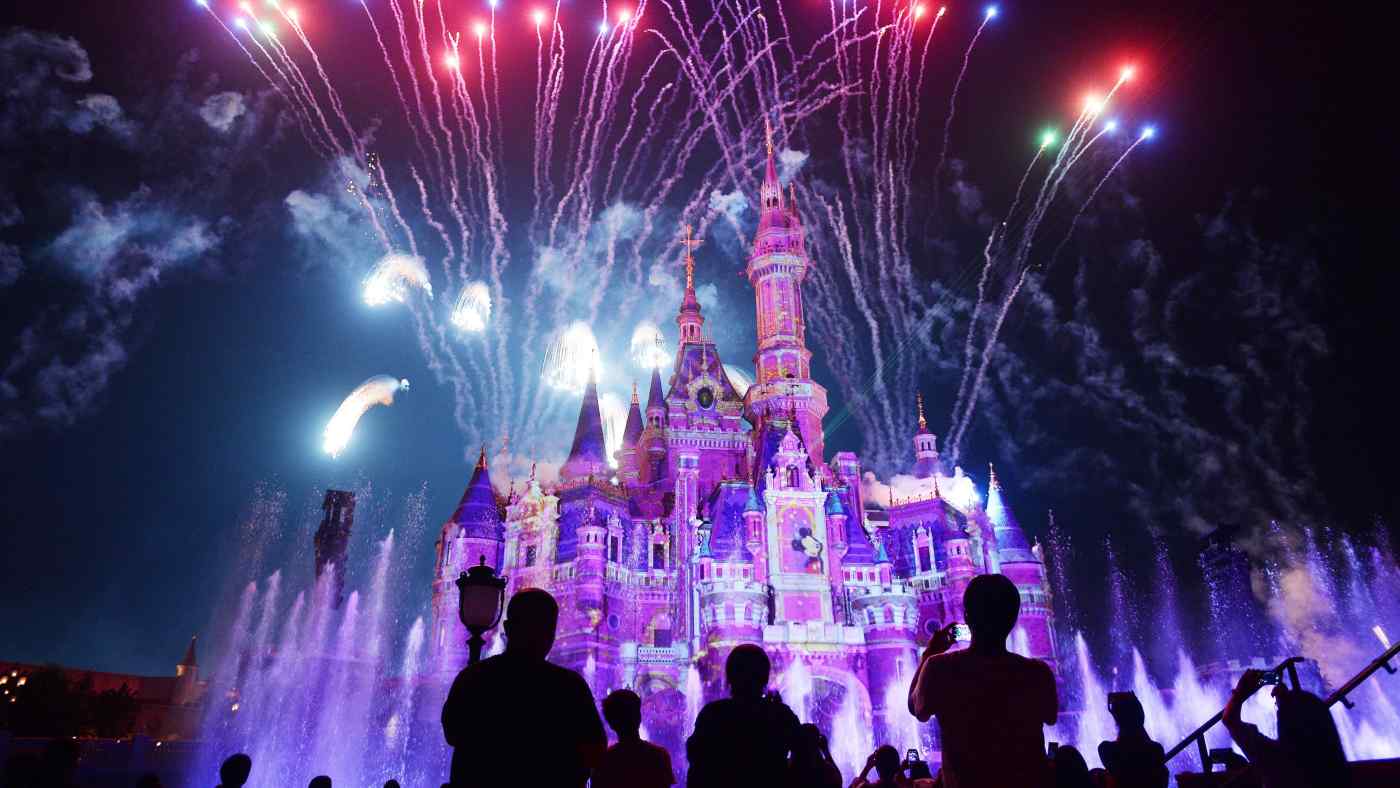 PALO ALTO, U.S. -- The Walt Disney Co. will start reopening Shanghai Disneyland on May 11, it announced Tuesday, more than three months after closing the theme park.

"We are seeing encouraging signs of a gradual return to some semblance of normalcy in China," new CEO Bob Chapek said on an earnings call.

Shanghai Disneyland will be the first Disney theme park to reopen, while others remain closed over the coronavirus.

"There is limited visibility into the timing of reopening, and the conditions under which we can reopen the rest of our parks and resorts, cruise ships and Disney stores," Chief Financial Officer Christine McCarthy said on the call.

The closure of the theme parks and related businesses worldwide dealt a roughly $1 billion blow to operating income in Disney's second quarter, which ended March 28. Operating income fell 37% on the year to $2.4 billion. The parks, experiences and products segment recorded $639 million in operating income -- 58% below the year-earlier $1.5 billion.

About half of the nearly $1 billion loss was due to the closure of the parks in the U.S., with the rest stemming from the shutdown of international theme parks and Disney Cruise.

Disney closed its park in Shanghai on Jan. 25, Hong Kong on Jan. 26, and in Tokyo on Feb. 29. Disney Paris, Disneyland in California and Walt Disney World in Florida did not close until mid-March.

The decision to reopen in Shanghai came "in light of the lifting of certain restrictions in recent weeks and the successful reopening of our park-adjacent retail and food and beverage area, Disneytown," Chapek said.

"We will take a phased approach with limits on attendance," he said.

Disney Shanghai can generally host 80,000 visitors a day but will initially limit traffic to "far below" the government's desired limit of 30% of that, or 24,000, the CEO said.

The park will employ such measures as "social distancing and strict government-required health intervention procedures," Chapek said. "These include the use of masks, temperature screenings, and other contact tracing and early detection systems."

For other businesses, Disney saw robust growth in its new Disney+ streaming service, which was launched in India in early April and begins rolling out in Japan this June. The streaming product amassed more than 50 million subscribers within five months of its launch.

Disney reiterated the July 24 release date for "Mulan" during the earnings call, with Chapek saying the company hopes for "some return to the semblance of normal in terms of number of screens that are opening and number of showtimes" by then. The highly anticipated live-action film based on the classic Disney animated film was scheduled to hit theaters March 27.

"Our fingers are crossed," said Chapek, who described "Mulan" as "our first big movie out of the gate."

Disney shares were down 2.5% in after-hours trading Tuesday.