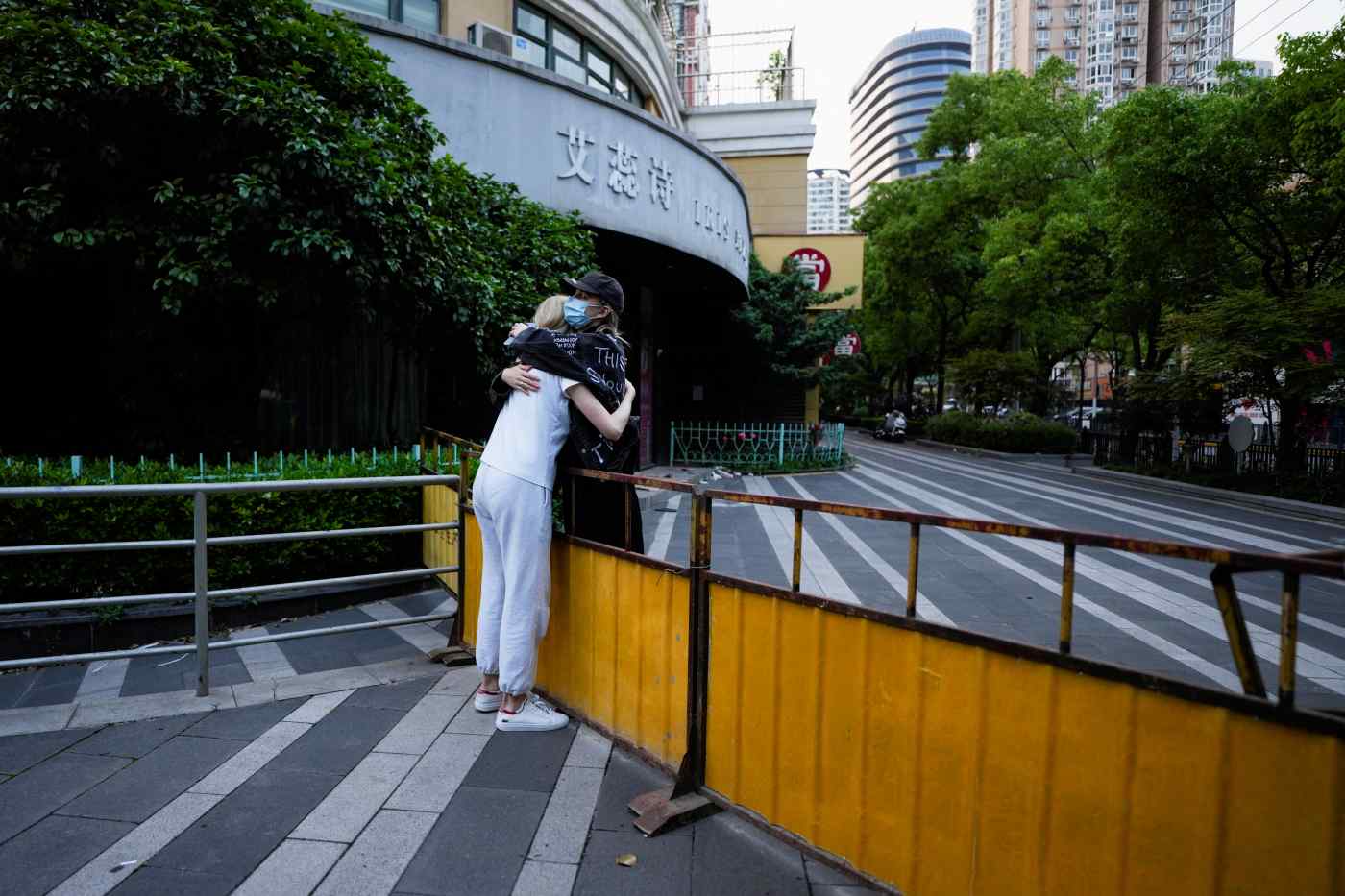 SHANGHAI -- Shanghai has achieved zero-COVID status, authorities said Tuesday, in a breakthrough that could pave the way for an end to a grueling six-week lockdown in China's financial capital that has dealt a heavy blow to the economy.

But some 25 million shut-in residents of Shanghai, the epicenter of China's worst virus outbreak, were unlikely to see an imminent return to normal life, as authorities expanded lockdowns and mobility restrictions in other cities hit by case surges.

"We will push for the resumption of work and production while observing virus prevention measures," Shanghai official Zhu Jianhao told reporters on Tuesday.

Shanghai's daily infections have trended below 1,000 cases in recent days with 823 cases confirmed on Monday, or 78% of the national tally but down from above 90% in early May.

But the most recent cases were spotted in quarantine facilities, indicating almost zero infections in the wider city for the first time since Shanghai's outbreak began in late February. Officials began locking down the city, including ordering scores of factories to limit or shut production, from late March.

Tuesday's announcement comes just a day after official data showed that the world's second-biggest economy was hammered by virus restrictions in April, with retail sales and factory activity plunging, as demand for new cars and homes tumbled. The jobless rate also hit its highest level -- 6.1% -- since early 2020.

While Shanghai may be lumbering toward an exit from lockdown, tough restrictions were likely to remain in place as local officials are held responsible for any rebound in outbreaks in their districts under China's tough zero-COVID policy.

The government has maintained that lockdowns and mass testing to contain local outbreaks are still crucial, even as much of the world drops restrictions in favor of living with the virus.

"COVID-19 has become a highly politicized disease in China, and any voice advocating for the deviation from the current zero-COVID path will be punished," a health commission official was quoted as saying in a report published by U.K. medical journal The Lancet on Saturday.

"No one from the top really listens to expert opinions anymore, and it's honestly humiliating to us medical experts," the official said. Since early this month, many residents in Beijing have been ordered to stay home as daily infections flared up, although confirmed cases remain in the double digits.

Meanwhile, authorities have expanded lockdowns in Zhengzhou, a city of 12 million in central China, and Guang'an in Sichuan province, in a bid to quash outbreaks.

"We see little improvement in China's lockdown situation over the past week, and the central government has been calling on big cities to employ the regular PCR testing model," economists at Nomura Research said on Tuesday.

Following Monday's economic data announcement, Citi Research economists said the worst might be over as the government looks to step up its policy support.

But Nomura countered that "sentiment remains low" as China gave up hosting the 2023 Asian Cup soccer tournament next summer over virus concerns.

Foreign chambers of commerce have warned that members are smarting from the lockdowns and some are considering moving operations out of China unless it loosens its strict virus rules.

"The COVID-19 pandemic aggravated this deterioration, deepening mistrust between the two countries and reinforcing the focus on supply chain security, reshoring, and domestic manufacturing," it said in a white paper.

AmCham has warned that U.S. companies operating in China are becoming increasingly concerned about Beijing's zero tolerance stance toward COVID.

The rules could hinder foreign investment in China for years to come as they dent profitability and hold up planned projects, it said, with restrictions on overseas travel and mandatory quarantines for returning travelers disrupting expatriate hiring and talent development.

"Any restriction for travel for Chinese going overseas hurts U.S. businesses and it hurts Chinese employees who are not able to travel and visit colleagues overseas," AmCham China President Michael Hart told reporters on Tuesday.