All firms and factories will suspend manufacturing or work remotely 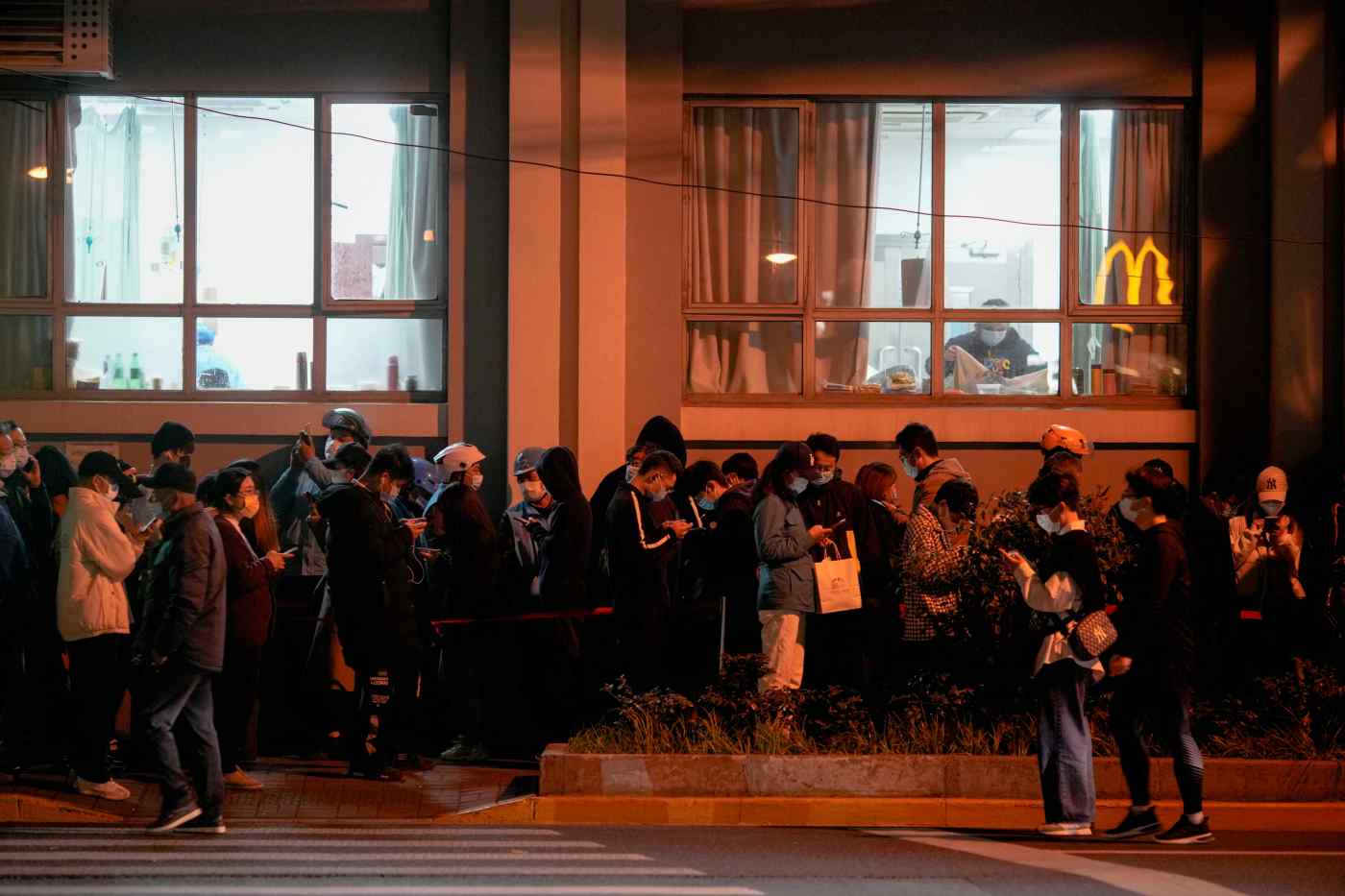 People line up near a nucleic acid testing site outside a hospital during mass testing for the coronavirus disease (COVID-19) amid the COVID-19 pandemic, in Shanghai, China Mar. 27.   © Reuters
March 28, 2022 00:07 JST | China
CopyCopied

SHANGHAI (Reuters) -- China's financial hub of Shanghai said on Sunday it would lock down the city in two stages to carry out COVID-19 testing over a nine-day period, after it reported a new daily record for asymptomatic infections.