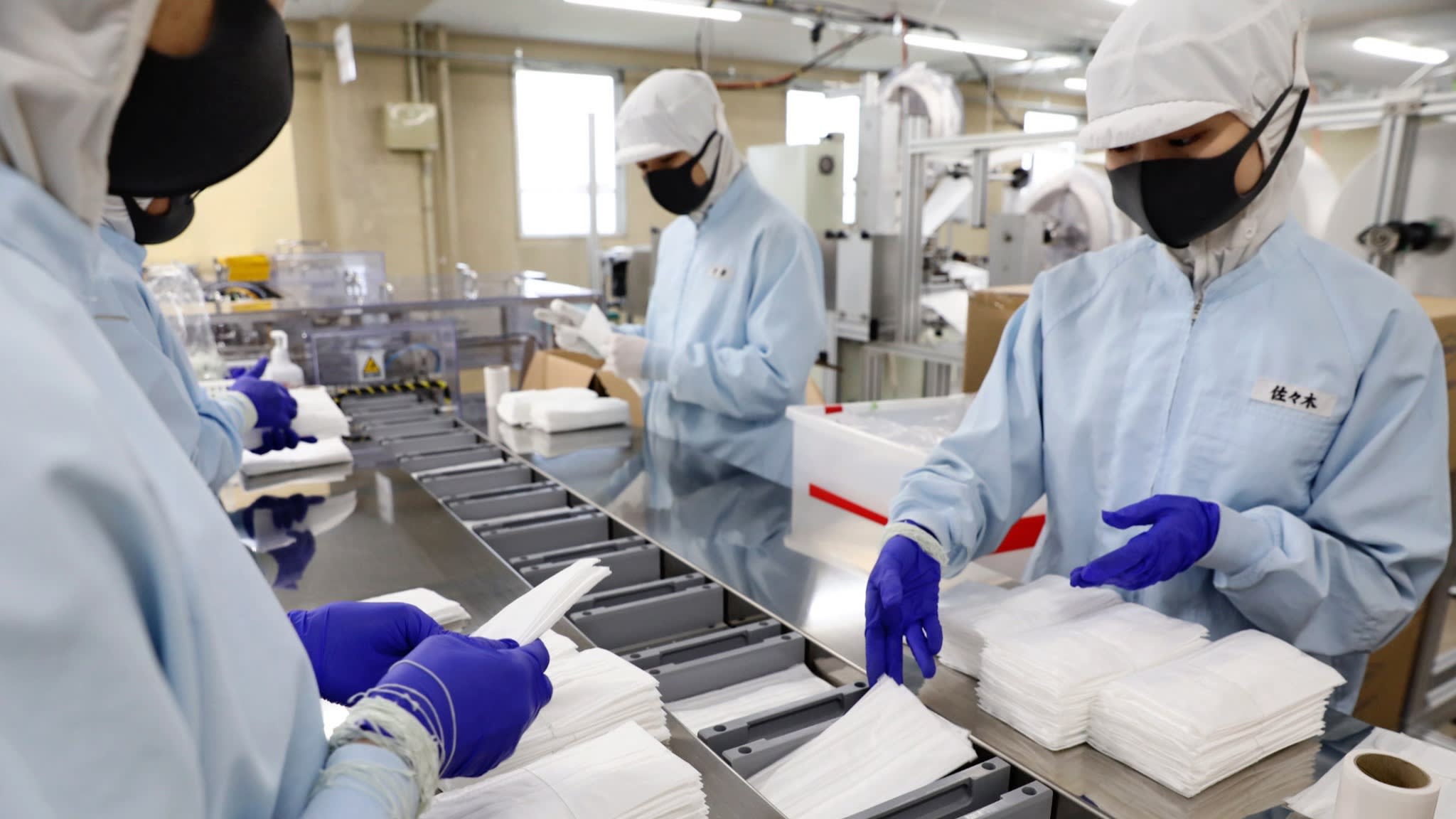 Masks are inspected at a factory in Nagoya. Sharp will start production of its own masks in response to the Japanese government's call for increased supplies. (Photo by Takashi Uema)
TAKASHI TSUJI, Nikkei staff writerFebruary 28, 2020 18:00 JSTUpdated on February 29, 2020 02:30 JST | Japan
CopyCopied

TOKYO -- Electronics maker Sharp will start making surgical masks in Japan next month, becoming the first domestic company outside the health industry to do so in response to a government call of increased production.

Production is to begin in mid-March, with a daily capacity of 150,000 masks, Nikkei learned on Friday.

Sharp expects its masks to reach shelves by the end of the month as the country faces a widening coronavirus outbreak that has prompted the government to create a national mask reserve.

Foxconn Technology Group, Sharp's Taiwanese parent, has created its own mask production line at a manufacturing campus in Shenzhen that will supply its army of workers. The world's biggest iPhone assembler, which trades as Hon Hai Precision Industry, plans to produce 2 million masks per day by the end of February.

Masks are in short supply as new coronavirus infections spread and consumers rush to protect themselves. China had supplied 70% of the masks sold in Japan, but those shipments have mostly stopped coming due to the severe outbreak within China.

Sharp plans to use clean rooms in a factory in Mie Prefecture, originally designed for making liquid-crystal display panels. The company will start with three production lines but plans to expand to 10 lines for 500,000 masks a day.

Sharp is expected to receive a 30 million yen subsidy for its efforts. Its share of the domestic mask supply is likely to be in the single digits.

Established Japanese mask manufacturers, led by Unicharm, produced 20 million units a week before the coronavirus outbreak. The output appears to have jumped to roughly 100 million units per week combined under the emergency efforts.