Workers who live in Malaysia but hold jobs in Singapore will soon be able to cross the border for the first time since March.   © Reuters
KENTARO IWAMOTO and P PREM KUMAR, Nikkei staff writersAugust 10, 2020 09:35 JST | Singapore
CopyCopied

SINGAPORE/KUALA LUMPUR -- Malaysia and Singapore are reopening their border this month after a long closure to contain the coronavirus, in one of the first "green lane" or "travel bubble" arrangements within the Association of Southeast Asian Nations bloc.

Starting Monday, the two countries will accept applications for crossings under two new programs -- one called the Periodic Commuting Arrangement, and another known as the Reciprocal Green Lane. Actual travel is expected to begin on Aug. 17. 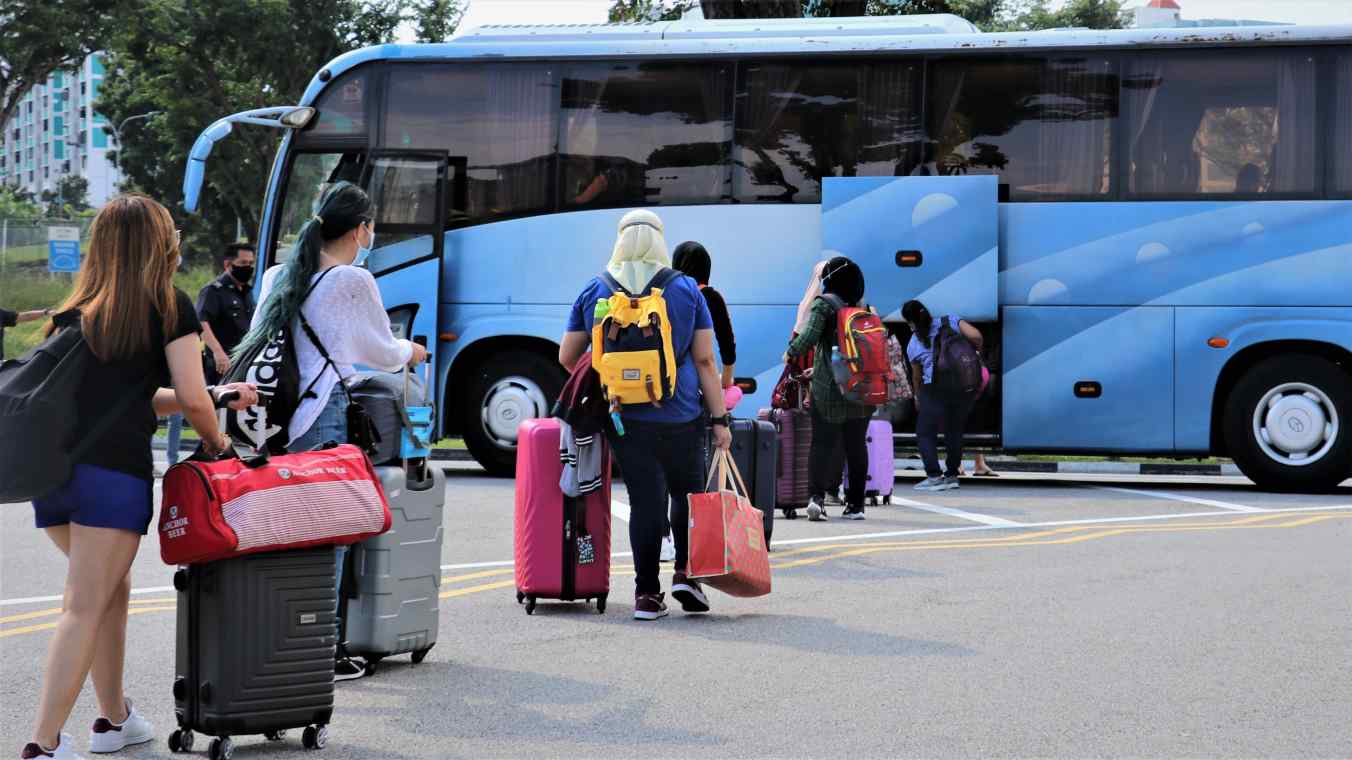 Separated by a strait but linked by a bridge and a causeway, Singapore and Malaysia are uniquely interdependent. In normal times, some 300,000 residents of southern Malaysia commute to work in the city-state each day. The one-hour air route between Singapore and Kuala Lumpur is also one of the world's busiest international flight corridors, carrying business travelers between the two cities.

The pandemic has disrupted all this, weighing heavily on both economies even after they eased restrictions inside their own borders.

While the border reopening only directly affects the two countries, the Singapore-Malaysia procedures could become a model for the rest of the region. Here's what you need to know about the travel schemes and their significance.

What have the governments agreed to, and who is eligible?

Singapore and Malaysia have set up a pair of programs to meet pressing travel needs.

The Periodic Commuting Arrangement is geared toward Malaysians employed in the city-state, though it works both ways. Residents of each country who hold valid work passes in the other will be able to cross the border.

But this does not mean they will be able to commute daily like they did before the pandemic. Those who cross will have to spend at least 90 days in their country of employment before they can return home.

The Reciprocal Green Lane, meanwhile, is designed for business travelers planning essential trips lasting up to 14 days. Legal residents of either country, regardless of nationality, are eligible for the program. Applications for government-sponsored travelers start on Monday, followed by company-sponsored travelers later this month. Vehicles line up to enter Singapore from Malaysia in March, hours before the border was closed.   © Reuters

How do the programs work?

For residents of Malaysia to cross to Singapore under the Periodic Commuting Arrangement, employers must apply on their behalf. Applications must be submitted at least seven days before the scheduled crossing, and will only be processed after a payment of 200 Singapore dollars ($145) for a COVID-19 PCR test.

Upon arrival, an employee must remain in self-isolation at a declared location for at least seven days, and then get tested. If the results come back negative, he or she can go to work. If the test is positive, medical care will be provided at the worker's expense.

After at least 90 days, the worker may go home for a short visit, after which he or she would return for another 90 days.

For the Reciprocal Green Lane scheme, the traveler's sponsor -- a government agency or a company -- must apply at least 10 working days before the trip. Travelers can move over land or by air, using any nonstop flight between airports in Singapore and Malaysia.

Travelers using the green lane in either direction must have been in their country of departure for at least 14 days, and have a negative PCR test conducted 72 hours before leaving. They will have to pay for another virus test upon arrival; sponsors will be responsible for transporting the travelers to their accommodations to await the results.

What else are the countries doing to ensure safety?

As of Saturday, Singapore had confirmed about 55,000 coronavirus cases, while Malaysia had detected around 9,000. Since both continue to report new cases daily, the border-crossing schemes will involve heightened precautionary measures.

Before entering Singapore under the commuting arrangement, workers must download the TraceTogether coronavirus tracing app as well as WhatsApp for communication with the authorities.

Workers will be told when and where to take the PCR test after their seven days in isolation. They will be barred from using public transportation to get there -- only a private car, company transport to special taxi will be allowed.

Travelers under the other scheme will be expected to download the contact tracing app of their destination country and stick to a pre-declared itinerary throughout their visit. 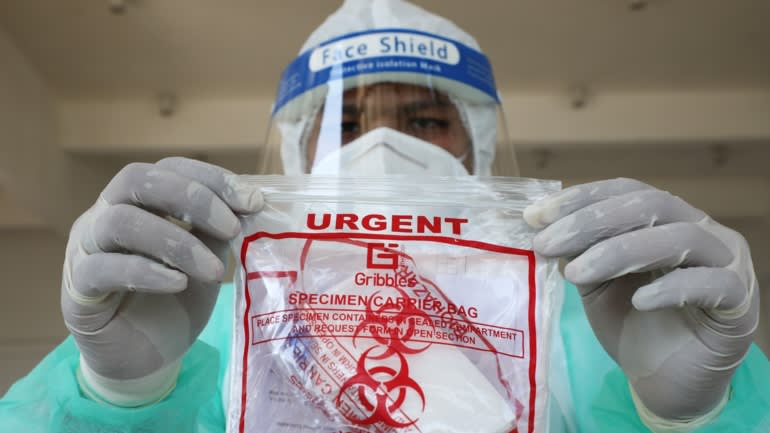 Coronavirus tests are a crucial aspect of Singapore's and Malaysia's safety measures.   © Reuters

How have businesses and workers reacted?

Singapore's employers have generally welcomed the Periodic Commuting Arrangement, which allows them to regain some of the human resources they lost when the border shut. Still, this comes at a price, as employers or employees will have to bear the cost of accommodations during the seven-day isolation period.

There are also concerns that workers will be unhappy about not seeing their families back in Malaysia for three months.

Tham Cho Ling, a semiconductor factory manager who used to commute daily from Malaysia's Johor, was glad to see the border finally reopening but said she hoped the authorities would consider more people. "My company has allowed me to work from home and conduct operations virtually, but I still need to be there physically," she said, adding, "I think the applications would soon be full with so many applicants out there."

Komagan Thivyan, an assistant architect, said the two governments must ensure that approvals are transparent and serve the industries that need Malaysian labor the most. "I just hope that the big companies or organizations don't hijack the slots," he said. Komagan has been working from home on the Malaysian side but was given an ultimatum by his employer that his contract might be ended if he cannot report to the office in Singapore by September.

"The [green lane scheme] might only be the first step but certainly is most important as both countries start to revive the economy," AirAsia Group CEO Tony Fernandes said in a statement on Aug. 3.

"We look forward to the formation of more 'travel bubbles' and 'green lanes' between countries with low infection rates or active cases, and proven pandemic curbing systems."

Do Singapore and Malaysia have similar arrangements with other countries?

Singapore already has a similar business travel program with China, launched in June. Malaysia is its second such partner.

For Malaysia, this is a first.

Elsewhere in Southeast Asia, a number of countries have started negotiations on travel bubbles, with limited results.

High infection rates in some ASEAN countries have hindered efforts to free up travel within the bloc. Indonesian President Joko Widodo proposed a regional green lane at a virtual summit in June, but progress appears slow.