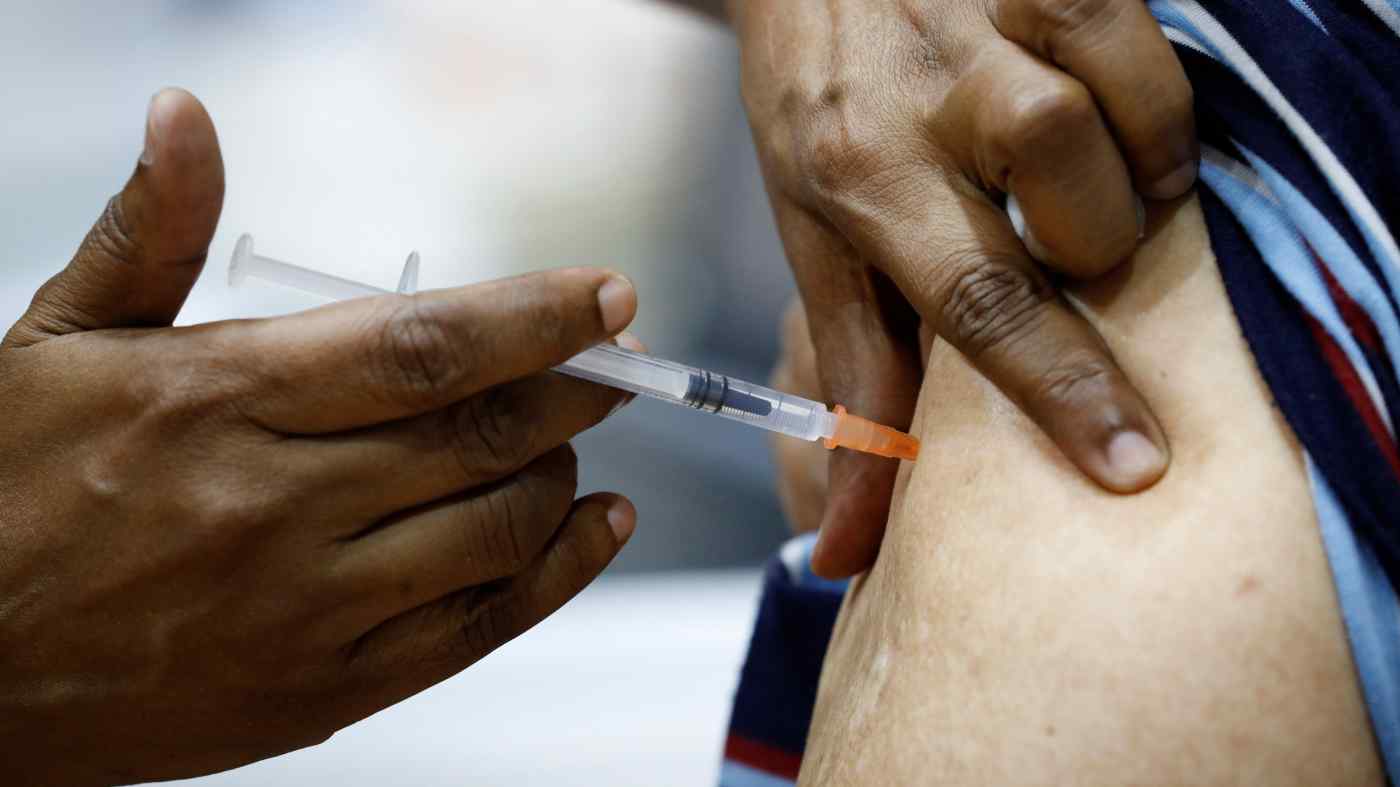 SINGAPORE -- Singapore is urging vigilance over COVID-19 after reporting one case of a migrant worker who tested positive well over a month after he was fully vaccinated.

The Singaporean case was reported on Sunday, mirroring a post-two-dose case in Japan that emerged the same day. Infections after two rounds of inoculations are not unheard of, but officials say the developments underscore the need to remain cautious as immunizations progress.

"This case is a reminder that it is possible for vaccinated individuals to get infected," the city-state's Ministry of Health said in a statement, stressing, "That is why we cannot afford to let our guard down."

But it also sought to ease any doubts about the shots: "The vaccine is effective in preventing symptomatic disease for the vast majority of those vaccinated." The man who tested positive is asymptomatic.

Over in Japan, Kyodo News reported that a hospital worker in the northwestern prefecture of Ishikawa tested positive despite receiving doses of the Pfizer-BioNTech vaccine on March 13 and April 3. The worker has not shown any symptoms, according to the report.

Singapore's case stands out because of the length of time that had elapsed post-vaccination, as well as the individual's status as a migrant worker. Such laborers suffered the brunt of the country's COVID-19 outbreak in 2020, when the virus swept through their crowded dormitories.

All told, Singapore has recorded over 60,000 cases. But it flattened the curve and most recent cases have come from overseas, with only sporadic community infections.

The 23-year-old Indian national who tested positive had been working for a company called Seafront Support, which supplies workers for port operations. He resides in a dorm in the south of the city-state.

The man received his first dose of the COVID vaccine on Jan. 25 and the second on Feb. 17. The Health Ministry did not say which vaccine he received, but it is believed to have been Pfizer's, since that was the only approved shot in Singapore until the country signed off on Moderna's later in February.

Experts have said it takes 14 days for a person's immunity to properly kick in after receiving the second Pfizer or Moderna shot. But the man's infection was detected on April 7 as part of routine testing in migrant communities.

The Health Ministry said he was immediately isolated and, after additional testing also came back positive, he was sent to the National Centre for Infectious Diseases. Since the same man had tested negative in March, the authorities believe this was likely a recent infection.

This comes as Singapore leads key Asian economies in vaccinating residents, as a share of population. As of April 10 or the latest available data, the city-state had administered 28.5 doses per 100 people in the total population, ahead of mainland China's 11.43, Hong Kong's 10.55, India's 7.36, Indonesia's 5.51 and South Korea's 2.37. Japan was lagging behind at 1.26.

World leader Israel, for comparison, had given over 118 jabs per 100 people. Earlier in the vaccination drive, initial Israeli Health Ministry findings reported in local media showed that 317 out of 715,425, or 0.04%, of fully vaccinated individuals tested positive a week after their second doses.

A report released by the U.S. Centers for Disease Control and Prevention on April 2 said vaccines like Pfizer's and Moderna's were found to be 90% effective in real-world conditions after 14 days.

A key question for every country is the impact of the vaccines on not only infections but also transmissions.

Singapore's Health Ministry noted in its statement: "Further research is required to determine if the vaccination will also prevent onward transmission of the infection."