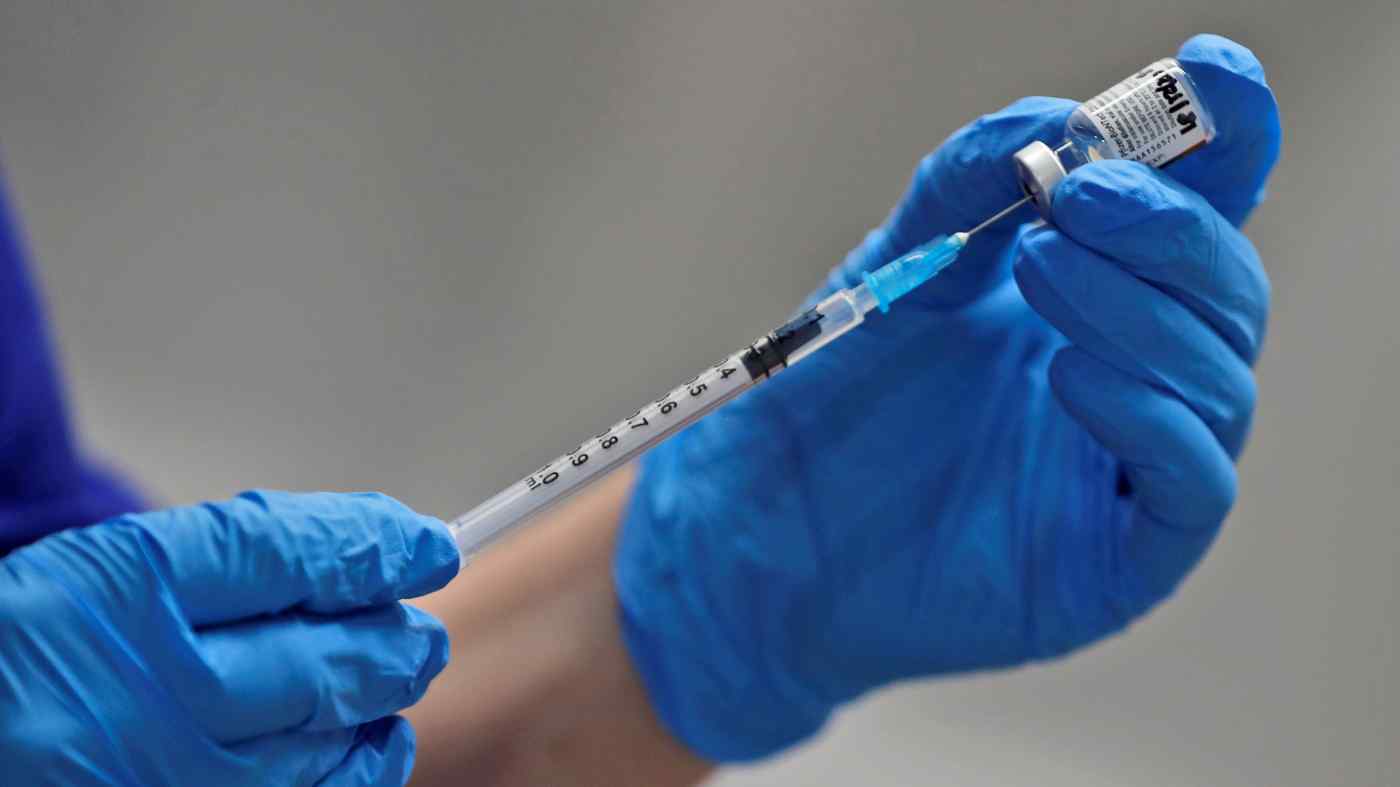 SINGAPORE -- Singapore has approved the Pfizer-BioNTech coronavirus vaccine, Prime Minister Lee Hsien Loong announced on Monday, positioning the city-state to be one of the first in Asia to receive the U.S. shot.

Lee, in a televised address, said the first doses are due to arrive later in December, and that other vaccines would also be coming in the months ahead after approval. His government expects to have enough supplies for everyone in the nation of 5.7 million by the third quarter of 2021.

The prime minister said getting vaccinated will be voluntary and free, and that health care workers and other vulnerable individuals would be prioritized. But he said he "strongly encourages" residents including foreign nationals to get the shot when they can, adding that politicians would receive early doses to demonstrate confidence in safety.

Lee said choosing the first vaccine was "not a simple exercise," but that the Health Sciences Authority signed off on Pfizer's option after studying the evidence. The vaccine, reported to be 95% effective, is already being rolled out in the U.K. and U.S.

The premier, in the same speech, also declared that Singapore will be moving from Phase 2 to Phase 3 of its reopening from Dec. 28 -- allowing gatherings of up to eight people, instead of only five. The country has reported a total of 58,325 cases so far, but Lee noted that the virus appears to be largely under control, with zero local transmissions on most days.

"Life is a lot more normal" now, Lee said. Still, he warned residents to "keep their guard up."

The vaccine news answers one of the bigger questions about Singapore's pandemic strategy. While neighboring countries rushed to secure millions of doses, the city-state appeared to be taking a slow-and-steady approach, shying away from committing to any single option while positioning itself as a hub for supplying vaccines elsewhere in the region.

Lee said his government started working "behind the scenes" to line up vaccines early on in the pandemic. He said it reached out to pharmaceutical companies, set aside more than 1 billion Singapore dollars ($750 million) and "placed multiple bets" with early down payments. He cited Moderna and Sinovac as two other suppliers Singapore is looking at.

Rather than counting on foreign solutions alone, Singapore's own Duke-NUS Medical School has also been working with U.S.-based Arcturus Therapeutics on another potential vaccine, which entered clinical trials in August. Pending approval, expectations are high that this endeavor could yield doses for the city-state's population by the first quarter of next year.

In his address, Lee hailed this local effort as "insurance in case the global supply chain was disrupted."

Previously, the head of a 14-member government expert panel -- which includes specialists in infectious diseases, immunology and other fields -- had cautioned that "not all vaccines would be suitable, safe and effective for all segments of our population."

"The expert committee will need to closely study the safety and clinical data as they become available, while taking into account our local context, so that we can assess and recommend an appropriate and holistic vaccination strategy that can be put in place," said chairman Benjamin Ong, who serves as senior adviser to the Health Ministry's director of medical services.

In a statement released just after Lee's address, the HSA said its "review of the available clinical data found that the benefits of the Pfizer-BioNTech COVID-19 vaccine outweigh the known risks." 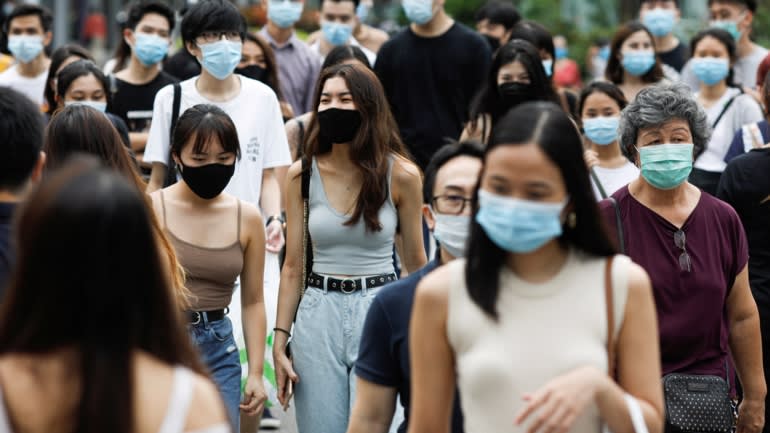 Singaporean health experts say not all vaccines will be suitable for everyone.   © Reuters

Other countries in the Association of Southeast Asian Nations bloc have snapped up vaccines even faster, or at least more openly. A research report issued last week by analysts at Maybank Kim Eng showed that while Singapore remained at zero known doses secured, Indonesia was poised to procure around 250 million from Chinese players Sinovac, CanSino and Sinopharm.

Over 1 million Sinovac doses arrived in Indonesia earlier this month, news reports said. And Jakarta is exploring Western options as well: Data presented to parliament on Thursday showed the government is seeking over 100 million additional doses from Pfizer, AstraZeneca and COVAX.

The Maybank report said Thailand is eyeing 26 million doses of the AstraZeneca solution, developed with the U.K.'s University of Oxford.

Malaysia is set to acquire around 19 million doses from Pfizer and COVAX, backing up a promise of "priority access" to Chinese vaccines.

The Philippines has targeted over 52 million doses from sources like Sinovac and Oxford-AstraZeneca, with Vietnam expressing interest in 50 million to 150 million doses of Russia's Sputnik V, the Maybank report added.

"The vaccine is a game-changer for larger domestic markets like Indonesia and Philippines given their high infection rates, allowing the easing of domestic lockdowns," Maybank analysts Chua Hak Bin, Lee Ju Ye and Linda Liu wrote.

"For more open economies dependent on tourism and international people flows, like Singapore and Thailand, the benefits from the vaccine will come later, as border controls will not be loosened as quickly as local lockdowns and mobility restrictions," the analysts added.

As the region prepares to inoculate the masses, Singapore is also jockeying to become the preferred trans-shipment point. Aviation authorities this month announced a task force to prepare the cargo facilities needed to bring millions of temperature-sensitive doses into the city-state and send them on to other parts of the world.

Lee mentioned this in his speech, saying: "Vaccines will support our recovery in more ways than one. As a global aviation hub, we play a crucial role transporting vaccines around the world."

The city-state's sophisticated cold chain promises to serve it well -- both when it comes to acquiring Pfizer's vaccine, which must be kept "colder than the Arctic," as Lee said -- and shipping doses elsewhere.

"We have very strong cold chain facilities," said Ho Yuen Sang, director for aviation industry at the Civil Aviation Authority of Singapore. "This COVID-19 task force is to bring all the stakeholders together to make sure that all the processes [for handling vaccines] are being reviewed, and to make sure there are no gaps in between."

The city-state has a vested interest in expediting the distribution of vaccines not just to its population, but elsewhere to loosen border restrictions faster, according to Lim Ching Kiat, managing director for air hub development at Singapore's Changi Airport.

Lee stressed the need for a broader reopening on Monday. "Trade and travel are our lifeblood," he said. Acquiring and spreading vaccines across the region will certainly make reviving those economic drivers much easier.