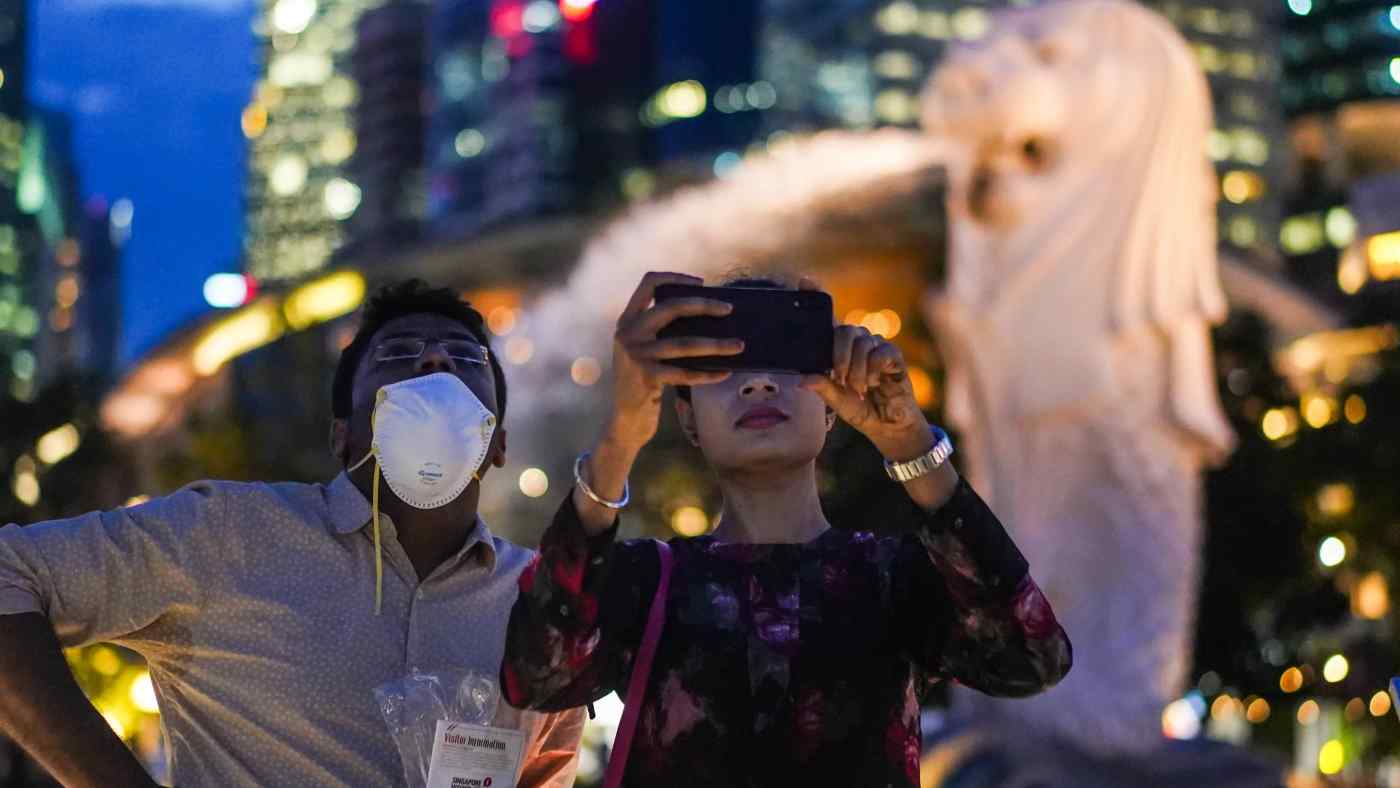 SINGAPORE -- The Singapore economy is projected to continue its slow growth of -0.5% to 1.5% this year, the government said Monday, as the new coronavirus crisis hits local businesses.

Last year's gross domestic product expanded 0.7%, down from 2018's 3.4% due to the U.S.-China trade war, marking the lowest rate since 2009, when the economy was hit hard by the global financial crisis.

The latest projection for 2020 is a downgrade from the previous estimate of 0.5% to 2.5%. This year's growth rate is expected to come in at around 0.5%, the midpoint of the forecast range, the government said. If the growth rate falls into negative territory, it will be the first time since 2001 (-1.1%) when the economy was hit by the collapse of the global IT industry.

China's travel restrictions and factory closures arising from the disease, officially called COVID-19, will have "a knock-on impact on regional economies," through lower outbound tourism and import demand from China, the Ministry of Trade and Industry said in a statement. "Should the COVID-19 outbreak be more widespread, severe and protracted than anticipated, there could be a sharper pullback in global consumption, as well as more prolonged disruptions to global supply chains and production."

In Singapore, outward-oriented sectors such as manufacturing and wholesale trade will be affected by the weaker growth outlook in several of the country's key final demand markets, including China, the ministry added. 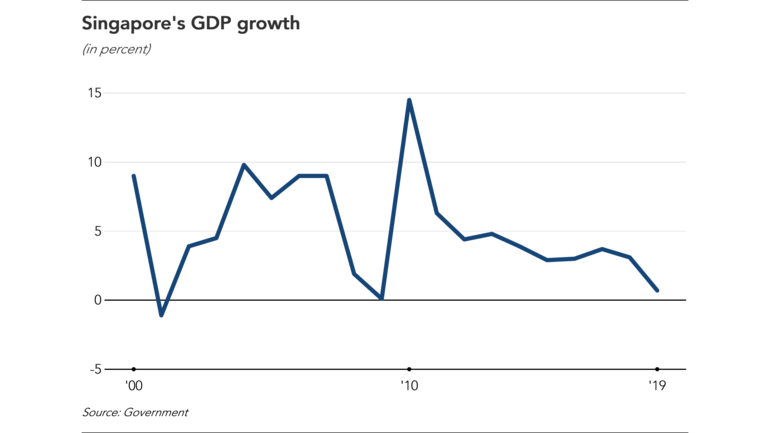 Singapore has so far reported 75 confirmed cases of the virus, the highest outside China. As a small city-state, the inflow of leisure and business travelers is key for its economy but such an open economy also creates avenues for infectious diseases to spread.

Singapore currently bans entry to all Chinese passport holders and foreigners with a recent history of travel to China. Also, the government in early February raised its national alert level from "yellow" to "orange" -- the second highest level and the same level used during the 2003 SARS outbreak.

Companies have started to postpone or cancel events and gatherings, dampening travel demand. The country's tourism agency last week said it expects a 25% to 30% decline in visitor arrivals this year, down from last year's 19.1 million. Tourism contributes some 4% to the GDP.

Singapore's United Overseas Bank noted in a report dated Feb. 7 that the virus could impact 0.5-1 percentage point on the economy, if the outbreak lasts six months. "The key impact will likely come from significantly reduced tourism arrivals especially from mainland China," the bank's head of research Suan Teck Kin said.

Against this backdrop, the government will on Tuesday announce relief measures for local businesses, as a part of the budget draft for the fiscal year starting in April. During the SARS outbreak in 2003, the government launched a 230 million Singapore dollar ($165 million) economic package that included such measures as property tax rebates.

Business operators are starting to worry about the downturn. Singapore Hotel Association President Kwee Wei Lin told reporters last week, "We hope to be able to return back with all our staff [without lay-offs]." During the current downtime, she said, hotels would retrain staff and do repairs and renovations to prepare for the rebound after the crisis passes.