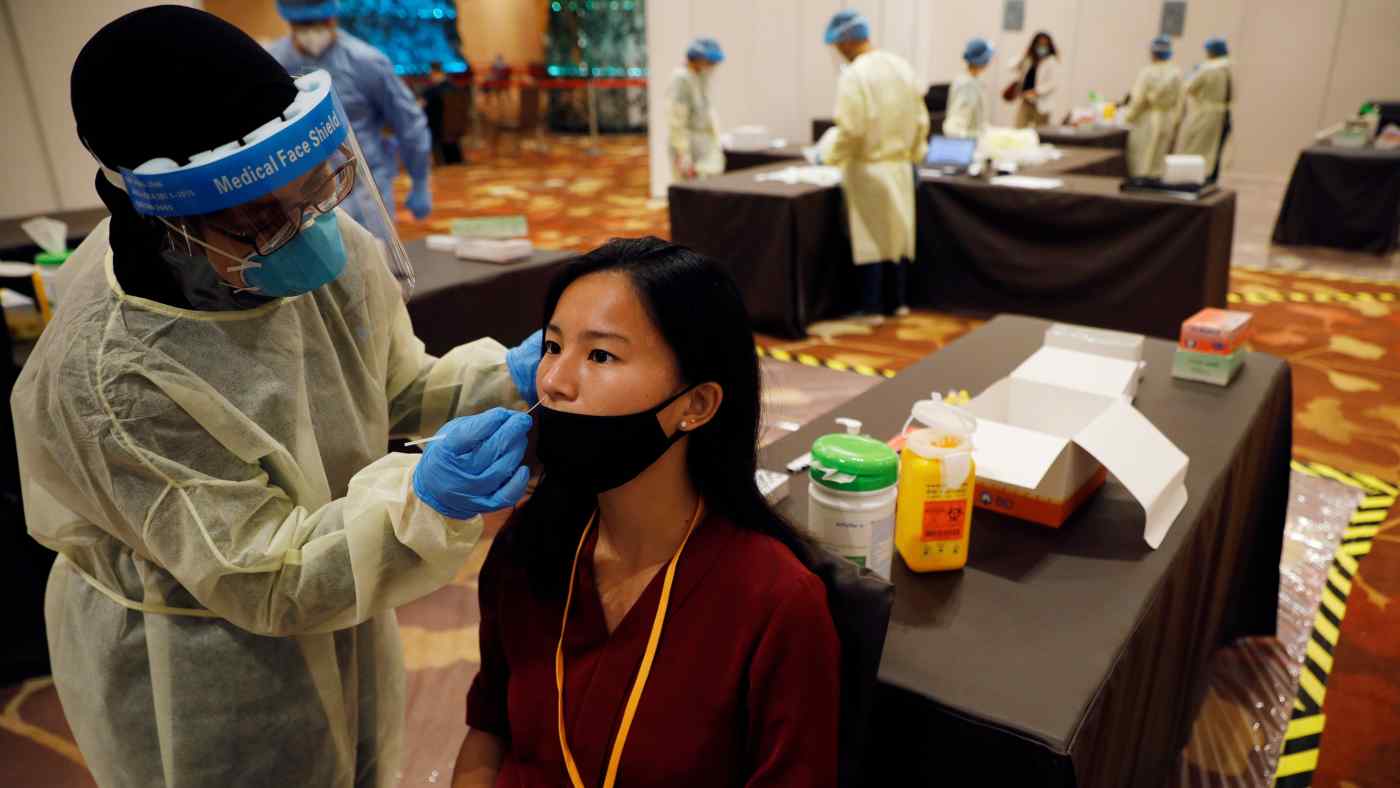 SINGAPORE -- Singapore will beef up its coronavirus testing and vaccination strategy, hoping to shield itself from the threat of virus variants that are hitting its Asian neighbors.

The city-state on Monday reported 23 new COVID-19 cases, seven of them imported. This bucks the worsening trends in neighbors such as Malaysia, which logged a record 9,020 cases on Saturday, and Vietnam, which has also seen new highs in the hundreds. More infectious strains are believed to be fueling the outbreaks.

Even though its case numbers are modest, Singapore is currently under tightened restrictions on gatherings and economic activity. On Monday, Prime Minister Lee Hsien Loong spoke about his government's plans to strengthen defenses for the longer term -- a future, perhaps, when the crisis has eased but COVID-19 continues to circulate.

"One day this global pandemic will subside, but I do not expect COVID-19 to disappear," Lee said in a televised national address on Monday. "It will remain with humankind, and become endemic."

One strategy is to promote faster, more regular testing as a regular part of life. The government said it will introduce various types of screening, including breathalyzer tests as well as antigen rapid tests, which produce results faster than the standard PCR tests.

"You should expect routine, large-scale, fast and simple testing to be part of our new normal," Lee said. He also mentioned that even "DIY" testing devices will soon be available at pharmacies, though he did not give details.

In terms of vaccinations, the country has decided to allow pregnant and breastfeeding women to get inoculated, among other groups. To facilitate immunization rates among seniors -- 27% of people above 60 years old have not registered for jabs -- the government will allow walk-in service at vaccination centers.

Singapore has been among the fastest in Asia to inoculate its residents. Nearly 2.3 million people, or about 40% of the total population, have received a least one vaccine dose as of Sunday, according to the government.

Lee said his government aims to administer at least one vaccine dose to two-thirds of the eligible population by early July, and to all residents before the Aug. 9 National Day.

As for the current restrictions on the public -- which include bans on dining in restaurants and social gatherings of more than two people -- Lee suggested the rules could be eased when the four-week period is up on June 13.

He said it should be possible to relax the conditions if the number of community infections declines.