SINGAPORE -- A pair of Singaporean startups have developed breath tests for COVID-19 that deliver results in less than 2 minutes, adding new tools to the city-state's efforts to open up the economy while controlling coronavirus infections.

Silver Factory Technology has begun testing its device at Singapore Changi Airport, while Breathonix has launched a trial of its system at a checkpoint linking Singapore with Malaysia.

The tests are suited for large events and for border control. The government plans to continue testing a large number of people daily while promoting vaccinations.

The small breathalyzer developed by Silver Factory Technology detects an infection by analyzing volatile organic compounds, or VOCs, in exhaled air. A person would need to blow into the tester for 10 seconds.

Silver Factory, which was founded by researchers from Singapore's Nanyang Technological University, is preparing to build its first facility for mass production of the breathalyzer.

Breathonix, a spinoff from the National University of Singapore, began the trial of its COVID-19 breath test at the Tuas bridge checkpoint in late May. It is being used to test hundreds of incoming truck drivers a day.

The system tests VOCs from the air exhaled into a mouthpiece connected to analytic equipment. The assessments can produce results in 40 to 60 seconds.

The tests from both startups look for VOCs that have molecular profiles unique to those infected with the coronavirus. The screenings are faster than conventional antigen tests, which can take around 15 minutes to produce results. 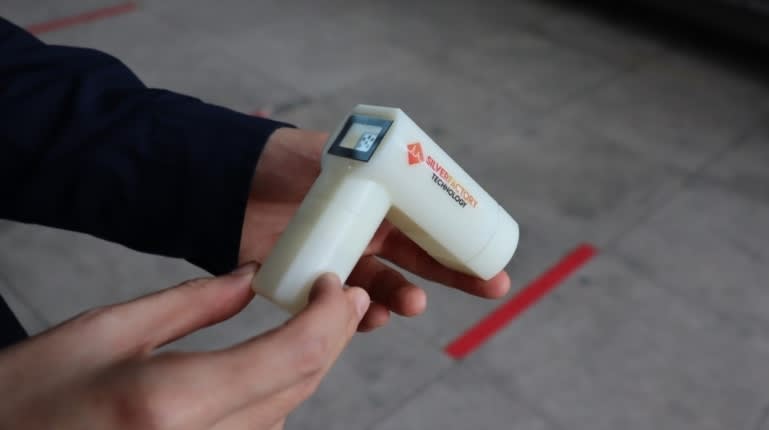 Silver Factory Technology's device can detect a positive case 95% of the time, while Breathonix's system carries an 85.3% accuracy rate, according to Singapore's Health Sciences Authority, which awarded provisionary licenses to both startups.

For identifying negative cases, Silver Factory Technology holds a 97.8% accuracy rate, and Breathonix 97%. Anyone who tested positive in either test will undergo a PCR screening for confirmation.

To prevent the spread of coronavirus variants, the Singaporean government requires workplaces to conduct regular testing and event venues to screen guests. If such screenings become part of daily routines, demand for testing devices is expected to jump.

Both Silver Factory Technology and Breathonix have applied for licenses in other nations in Southeast Asia, as well as in the Middle East, as part of their overseas expansion.