Singapore's visitor arrivals to fall 25%-30% due to coronavirus 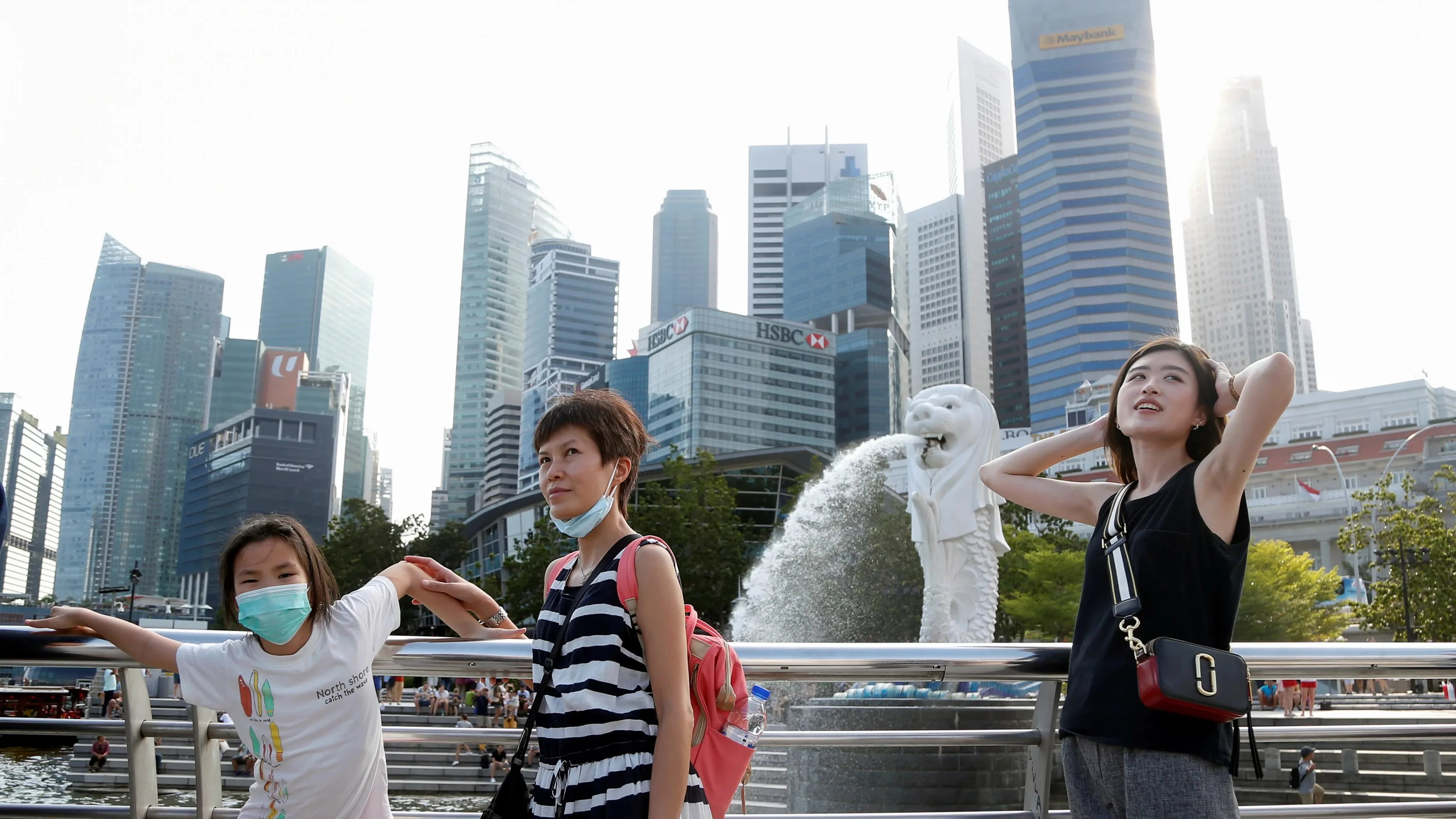 SINGAPORE -- Singapore said on Tuesday that international visitors to the city-state could fall 25% to 30% this year from 2019, after the government's move to place restrictions on entry for Chinese passport holders in an effort to contain the spread of the new coronavirus.

Singapore is one of the most popular foreign destinations for Chinese travelers, along with countries like Japan and Thailand, whose tourism industries have also seen a significant impact from fewer tourists since the outbreak.

The estimated range of the drop is larger than the percentage decline in 2003 during SARS, when arrivals fell 19% from the previous year. A tourism decline this year would have a meaningful impact on the city-state's entire economy, given that the tourism sector contributes approximately 4% to gross domestic product.

Last year, Singapore had a record high 19.1 million visitor arrivals, with China accounting for 19%, followed by Indonesia at 16% and India at 7%. Tourism receipts in 2019 was estimated to have reached 27.1 billion Singapore dollars ($19.5 billion), up 0.5% from 2018 on spending growth by major markets, including China.

Singapore loses an average of 18,000 to 20,000 arrivals daily due to the coronavirus outbreak, and most of the "lost" visitors are from China, Keith Tan, chief executive of the government agency Singapore Tourism Board, told reporters on Tuesday. 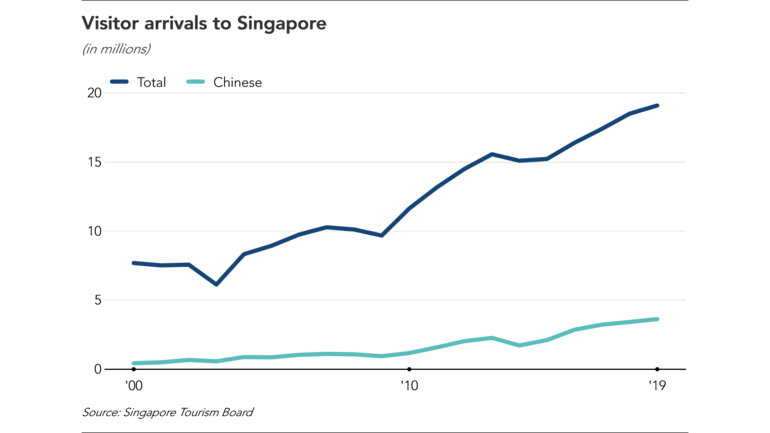 The situation is "probably worse" than SARS, he said, referring to the severe acute respiratory syndrome that killed 774 globally, including 33 in Singapore.

Tan pointed out that the new coronavirus could have a lengthier impact on the tourism sector than SARS. "The image of this illness will have a longer tail because of the effect of social media living on in the minds of people. So one of the scenarios that we are concerned about is that there will be a longer dampening effect on travel."

He also said that the tourism sector will face a second order effect of the virus. "If China's factories are closed or are operating at reduced output levels for a prolonged period of time, that has a significant impact on regional supply chains and dampen GDP growth," and hurting demand for travel.

Tan added that the estimate range of 25% to 30% could change depending on how long the coronavirus outbreak lasts in China, Singapore and other countries.

Singapore has reported 45 confirmed cases of infection -- among the highest outside of mainland China in terms of known cases -- with seven patients in intensive care.

Given the cases of community spread in Singapore, the government last week advised event organizers to cancel or defer nonessential large gatherings. Such moves would reduce the number of business travelers for the frequent conferences and exhibitions held in the country.

For Singapore, as a small city-state, the inflow of leisure and business travelers is key for its economy. The country, therefore, has expanded its tourism sector, doubling visitor arrivals in the last decade from 9.6 million in 2009. The ratio of Chinese travelers to the total has also doubled during the same period.