Shops and restaurants to reopen as speculation of snap election looms 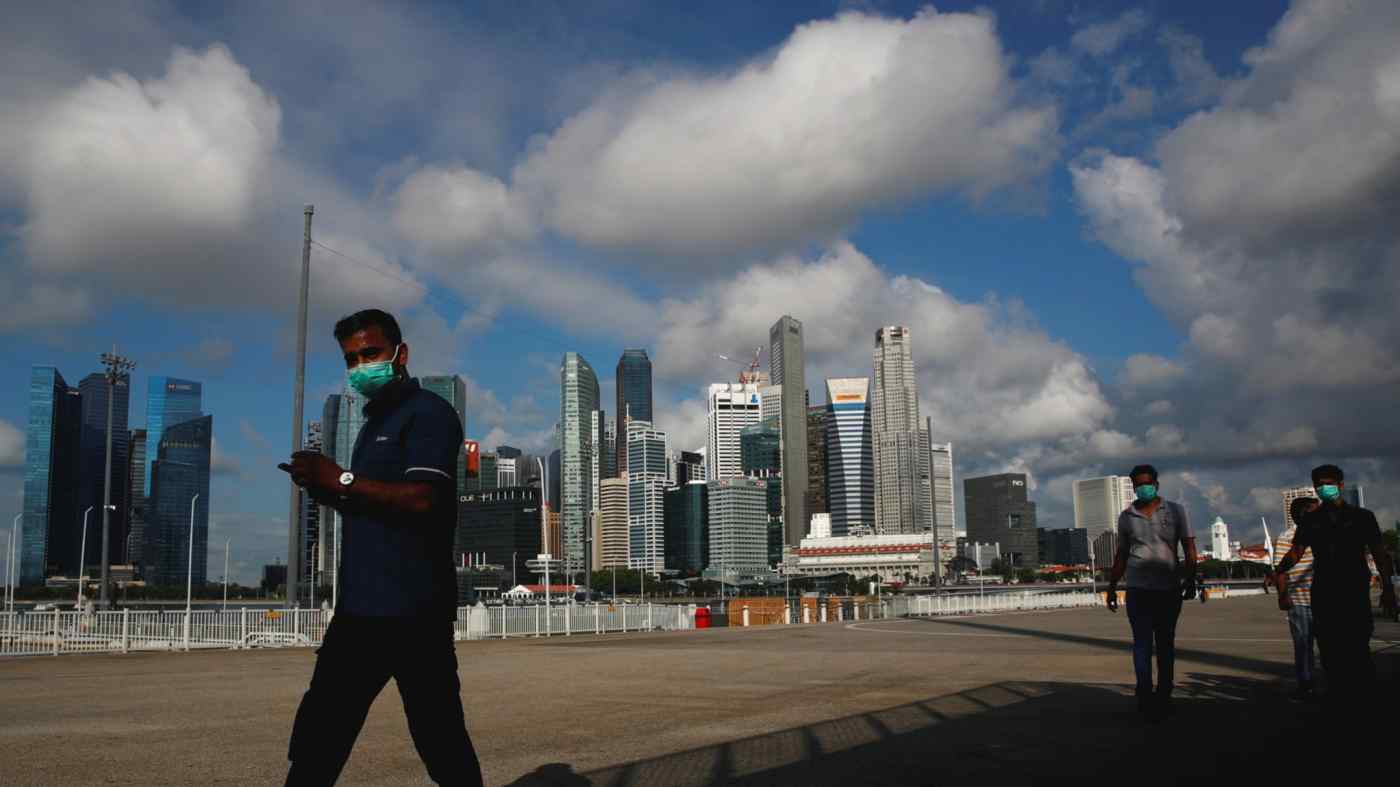 SINGAPORE -- Singapore said Monday it will proceed with plans to reopen most of its economy and allow stores to resume business Friday as the country further eases coronavirus restrictions.

Social gatherings of up to five people will be allowed, and restaurants will be able to accept dine-in guests.

Coronavirus cases continue to rise in the city-state, topping 40,000 with a daily increase of around 400. While virus transmission has been rampant in the tightly packed housing for migrant workers, the government has based its decision to ease restrictions mainly on cases among locals, which have been relatively low.

"We have looked at the situation carefully. The infection is under control throughout this period and, therefore, we now are able to enter into 'phase two,'" National Development Minister Lawrence Wong said at a virtual news conference.

Cinemas, theaters and mass religious services will remain under restrictions to prevent large numbers of people from congregating in enclosed spaces.

Singapore has planned three stages of resuming economic and social activities. It entered the first phase June 2, when businesses including finance, wholesale trading and semiconductor manufacturing were allowed to restart.

Authorities said phase two, which Singapore will enter Friday, could last for months. In this period, coronavirus prevention measures will be reviewed continuously and adjusted based on the number of infections. Rules could be further relaxed or tightened as needed.

While retail businesses may reopen their physical stores and dine-in at restaurants will be permitted, live music and television will not be allowed. Authorities said this rule was meant to discourage people from talking over the noise and expelling greater amounts of respiratory droplets.

Larger public venues with high human traffic such as malls and retail outlets will be subject to capacity limits, and operators will need to prevent crowds or long queues.

"We want to allow economic and community activities to resume, while we must continue to keep infections under control," Health Minister Gan Kim Yong said at the news conference. "This is a very delicate balance we have to strike."

Phase three is considered a "new normal" for Singapore, with its residents expected to live with the pandemic in a steady state until an effective vaccine or treatment is developed.

On the other hand, the lifting of restrictions for social gatherings has prompted speculation that the ruling People's Action Party, which forms Singapore's government, will call an election soon.

"This can happen in phase two, it may happen in phase three -- no one will know the exact timing," Wong said. "But should the election be called, the Elections Department will certainly explain what the precautions, safeguards and campaign guidelines entail."