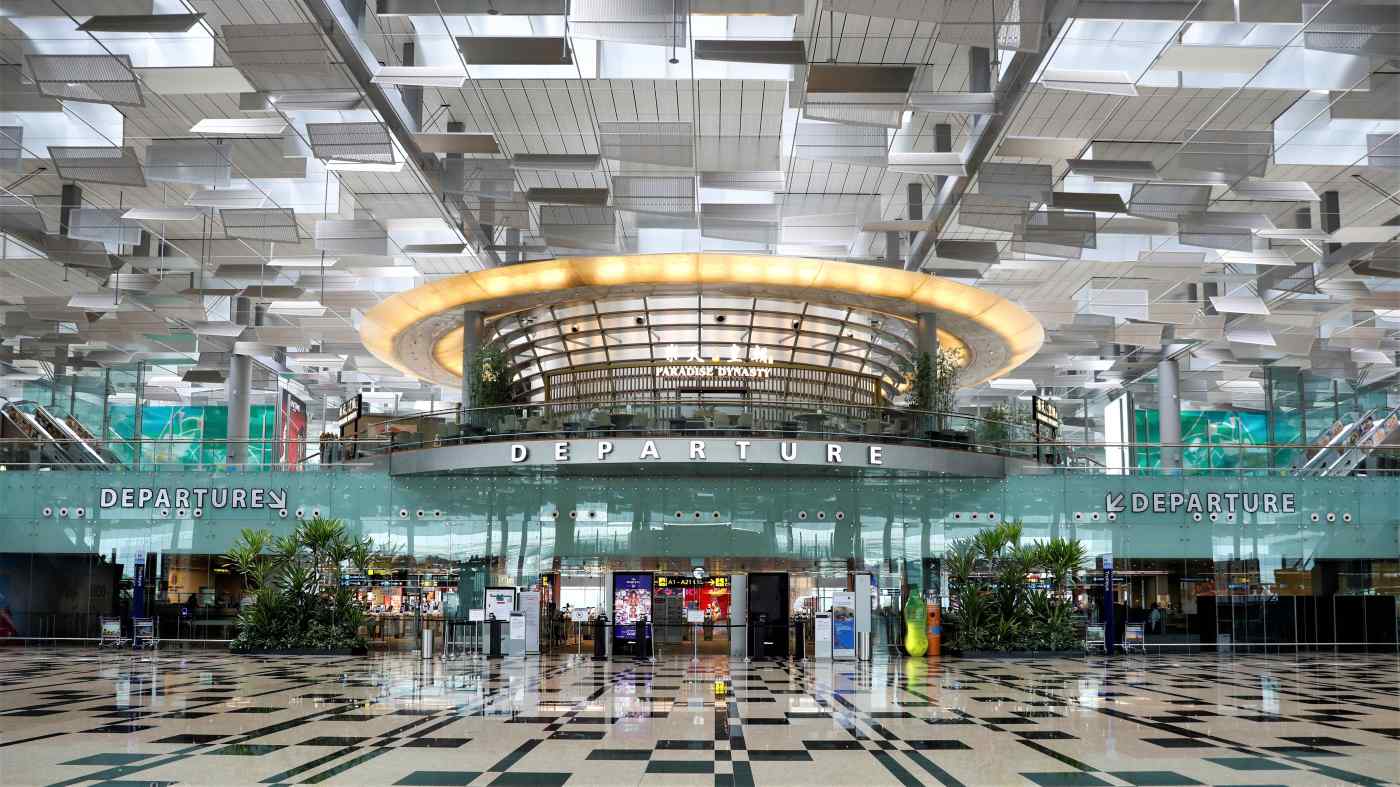 SINGAPORE -- A cluster of COVID-19 infections traced to Singapore's Changi Airport has prompted authorities to announce the tightest restrictions seen since last year, a setback that casts serious doubt on plans to open a travel bubble with Hong Kong this month.

From Sunday through June 13, restaurants will be restricted to only takeout and deliveries. Residents will only be allowed to go out in pairs, down from the current limit of five people -- a figure that was already cut from eight due to rising community infections in recent weeks.

The new rules are a blow to a country that had appeared to tame the pandemic and is currently carrying out one of Asia's fastest vaccination campaigns.

"We are in a state of heightened alert," Health Minister Gan Kim Yong told a media briefing on Friday. "I would urge everyone to be vigilant, and minimize unnecessary social interactions. We need to act decisively to disrupt the virus transmission."

The Changi Airport cluster has yielded more than 40 cases to date. Fears of more aggressive variants imported from overseas are running high. Infections traced to hospital staff and students attending public schools have also emerged lately, contributing to a sense that the country is on the cusp of a major wave of transmissions that could dash its economic hopes for this year.

The Monetary Authority of Singapore recently said gross domestic product growth could surpass 6% in 2021, at the upper end of official projections, as long as the global economic recovery does not suffer a setback.

Singapore's benchmark Straits Times Index tumbled more than 2% as news of the fresh restrictions came out on Friday.

The country has avoided completely sealing its border even as the pandemic worsens elsewhere, with the government explaining the city-state relies on migrant workers in crucial sectors like construction and essential services. The financial hub was also looking forward to finally kicking off a travel bubble with Hong Kong on May 26, after the plan was shelved late last year.

The chances of going ahead now appear to be fading by the day.

"It is very likely that Singapore will not be able to meet the resumption criteria," Transport Minister Ong Ye Kung said of the bubble on Friday. Hong Kong Commerce Minister Edward Yau said the same day that a postponement is "highly likely."

The hope is that Singapore can at least avoid even tighter rules.

"If the number of community cases were to rise to similar levels seen in first half 2020, then there is a risk Singapore [could] return to circuit breaker, which involved much tighter restrictions," noted analyst Alvin Liew of UOB's Global Economics & Markets Research unit in a report on Friday.

The "circuit breaker" was what authorities called their partial lockdown starting in April last year, when much economic activity was suspended for over a month, as infections soared in densely packed dormitories for foreign workers.

Despite scattered reports of re-infections, authorities are holding out hope that vaccinations will soon allow the nation of 5.7 million to leave the pandemic behind.

Singapore's campaign has been swifter than most in the region, at least as a proportion of population. As of Thursday, it had administered more than 3.2 million doses. About 1.9 million individuals have received at least one shot, of whom around 1.3 million have completed the two-shot regimen.

"In the past year, we have built up our testing and contact tracing capacity, as well as rolled out our vaccination program to manage community spread," Gan said on Friday.

"There will be bumps in our journey to recovery," he added. "The additional precautionary measures that we are introducing today are necessary to protect Singaporeans and keep our loved ones safe."