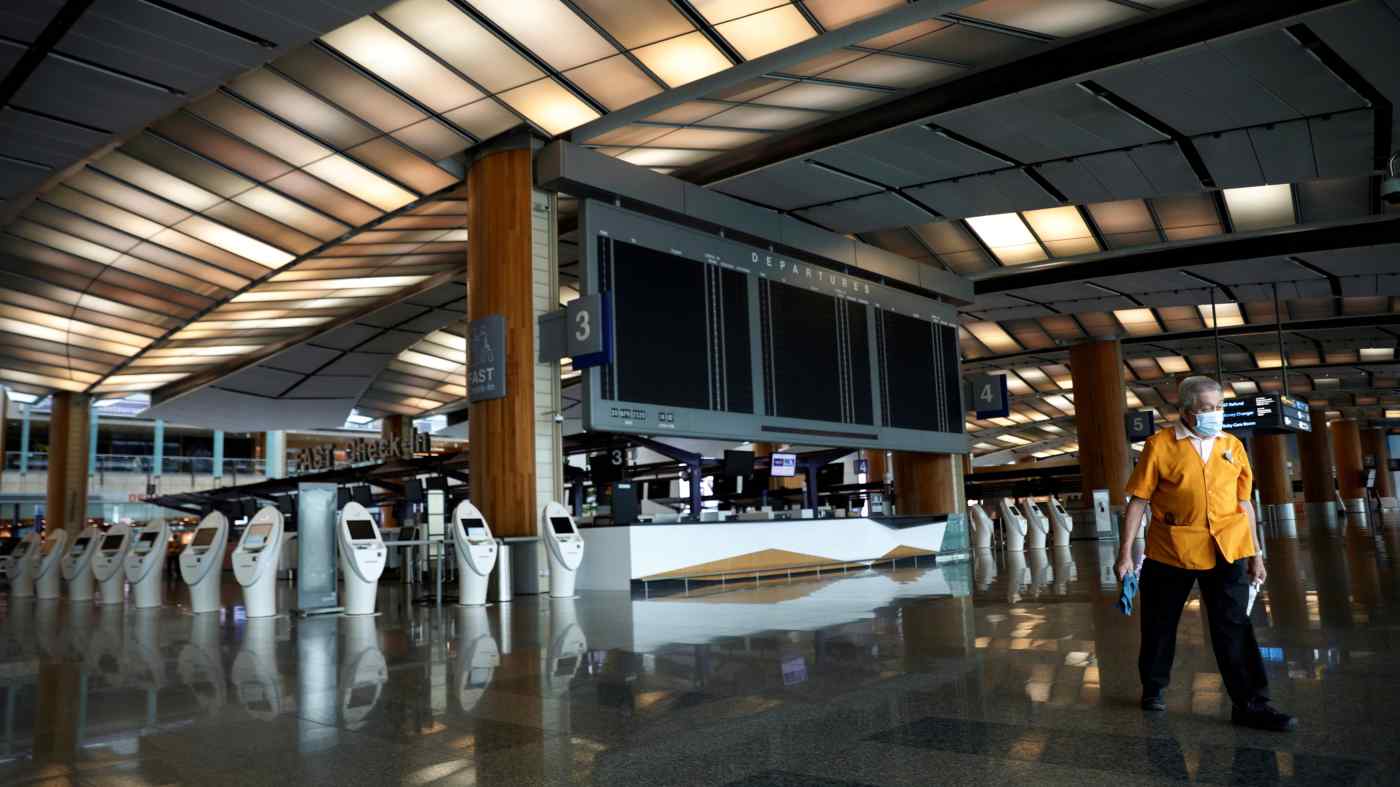 SINGAPORE -- Singapore announced on Saturday morning that it will suspend its quarantine-free business travel arrangement with Malaysia for three months from Monday after confirmed daily COVID-19 infections in Malaysia spiked to record levels.

The move is expected to affect business between the closely connected neighbors.

Similar reciprocal arrangements with South Korea and Germany will also be suspended for the same period, demonstrating how difficult it is to open borders during the prolonged pandemic.

In a statement, Singapore's foreign ministry cited "the resurgence of COVID-19 cases worldwide" as the reason for the suspension, and said arrangements will be reviewed after three months.

The lengthy break demonstrates the city-state's concern about inbound travelers from worse affected countries spreading the virus. Singapore is currently speeding up its vaccination campaign for local residents to support economic recovery, and plans to host the World Economic Forum's special annual meeting in May.

Singapore has kept its infection rate largely under control, with zero or single-digit daily confirmed infections in the local community. But there have been double digit rates detected among foreign arrivals, which puts locals at higher risk.

From last June, "reciprocal green lane" schemes were put in place with key economic partners including Brunei, China, Germany, Indonesia, Japan, Malaysia and South Korea. The arrangements with Japan and Indonesia were both suspended in recent weeks after the two countries tightened entry restrictions.

The scheme with Malaysia was agreed in August, and was especially significant given the proximity of the two countries and strong ties. The one-hour flight to Kuala Lumpur is one of the world's busiest air links in normal times.

In November, Singapore planned to introduce a general travel bubble with Hong Kong, but this was a casualty to the rise in cases in the Chinese territory.

"The government of Singapore will continue to monitor the global situation and adjust our border measures to manage the risk of importation and transmission to the community," the ministry said in its statement.