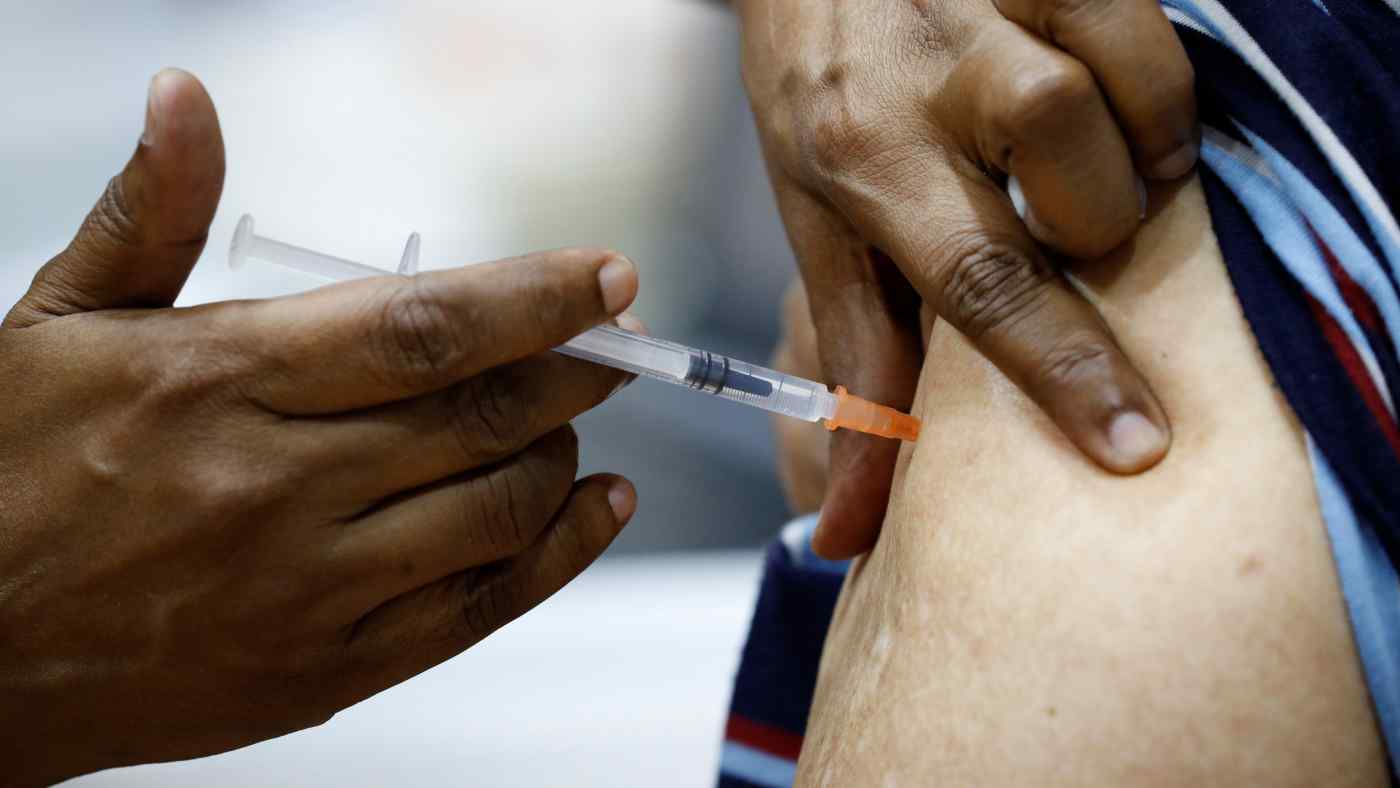 SINGAPORE -- Singapore is set to take the next step toward "living with COVID-19," with vaccinations expected to cover around 70% of the population by Monday -- the city-state's National Day.

Singapore's vaccination rate puts it at the forefront of major Asian economies, and authorities have made it clear they intend to restore a semblance of normalcy even without eradicating the virus. Other countries will be watching closely how this strategy plays out.

Officials on Friday detailed plans to ease restrictions on travel, social gatherings, mass events and dining in, with a raft of new guidelines differentiating between those who are fully inoculated with two doses and those who are not. To an extent, they also changed their stance to be more accepting of Chinese-made vaccines, despite lingering questions about efficacy.

When it comes to border rules, at least some foreign nationals who have been inoculated will have an easier time entering Singapore. Starting Tuesday, the authorities will resume entry approvals for work pass holders and dependents who have been in countries deemed to pose higher coronavirus risks. This group will have to be fully vaccinated before arriving in the city-state.

Meanwhile, fully vaccinated travelers arriving from a handful of countries such as Australia, Canada and South Korea will be able to opt out of staying in designated facilities in favor of isolating in their own accommodations. In addition, the city-state is looking to establish bilateral travel lanes with countries where COVID-19 is largely under control and inoculation rates are high, under which the requirement for isolation would be swapped with frequent testing for the virus.

Within Singapore, officials recently wrestled with a modest rise in infections, but this appears to have stabilized. Now, a ban on dining in restaurants will be partially lifted on Tuesday, allowing groups of up to five vaccinated people to eat together. Those who are not fully vaccinated will not be able to enjoy this perk.

A small exception will be made for public food courts common in the country. At these establishments, customers will be allowed to have meals in pairs whether they are vaccinated or not. Officials made this concession considering that such venues, also known as hawker centers, are naturally ventilated spaces -- unlike enclosed restaurants where the virus might have an easier time circulating.

From Tuesday, social gatherings currently limited to two people will be expanded to five, though unvaccinated individuals will still be advised to remain in groups of no more than two.

Mass events like live performances will be allowed to admit up to 500 attendees, provided all are vaccinated, up from the cap of 100 currently in place. The limit of 500 is also set to be raised to 1,000 as more people in the country get their shots.

Even as Singapore looks to accept COVID-19's presence as a new normal, the government is warning that restrictions may need to be re-imposed and economic activity curbed again if medical facilities become strained. "We have to remain vigilant, and at the same time, we must also be prepared to continue to monitor the situation," Trade and Industry Minister Gan Kim Yong told reporters on Friday.

"We have to ensure that the number of serious cases remains under control, that our hospital, health care system, continues to be able to cope," he added.

Still, with 80% of the public expected to have had two shots by early September, Singapore is adjusting its COVID-19 game plan. This includes changing the definition of who is "fully vaccinated."

Until now, only individuals who have received vaccines made by Pfizer-BioNTech and Moderna were considered fully inoculated. But officials said on Friday that they will also recognize China-made shots like Sinovac and Sinopharm, now that the overall inoculation rate is high.

The effectiveness of the Chinese vaccines has drawn scrutiny across Asia and elsewhere. Nevertheless, they are recognized under the World Health Organization's Emergency Use Listing. So Singapore now says its differentiated measures for the vaccinated will apply to people who have received such shots, as well as those made by AstraZeneca.

"As our vaccination coverage increased, to now 70%, we are collectively more resilient -- the consideration will change," Health Minister Ong Ye Kung said on Friday. "What is important now is the difference between those who are vaccinated and not vaccinated, and less so between different vaccines."

Ong explained that the transition to living with COVID-19 as an endemic disease will require a careful balance between lives and livelihoods. "We will continue to push for vaccinations [and] implement differentiated rules on social activities to protect the unvaccinated," he said.

"Ours will be a step-by-step approach, feeling our way forward, making judgment calls along the way, instead of one big bang, where all restrictions are lifted all at once."