Singapore to open limited business travel bubble for all countries

Sophisticated precautions seen as preview of plans for hosting Davos 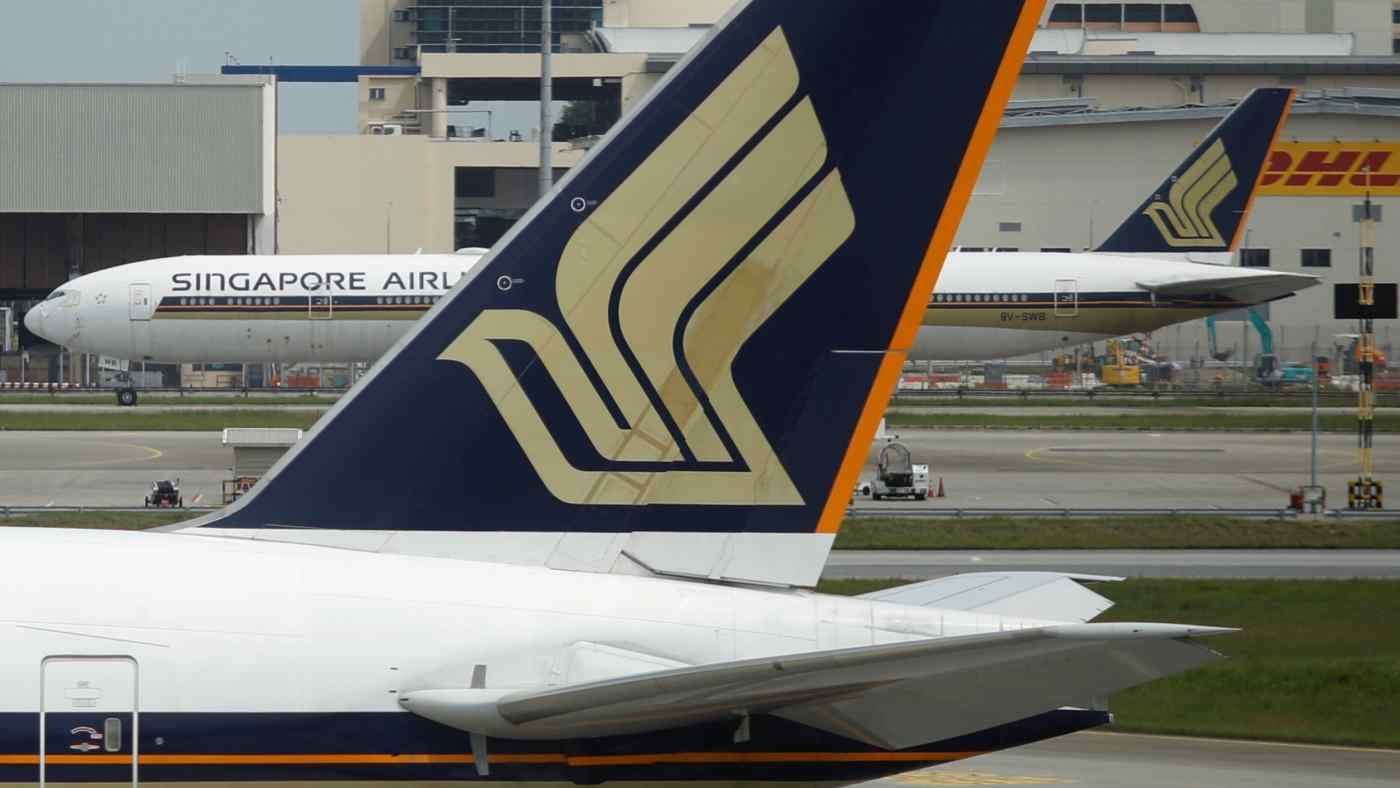 Singapore airlines planes at Changi Airport: The city-state is preparing to host the World Economic Forum in May.   © Reuters
December 15, 2020 19:41 JST | Singapore
CopyCopied

SINGAPORE (Reuters) -- Singapore is to allow a limited number of business, official and other "high economic value" travellers from abroad under a "bubble" arrangement that offers a glimpse into what visitors for this year's relocated Davos conference might expect.

The annual World Economic Forum (WEF) will make its debut in Asia in May after being moved from its usual home in the Swiss ski resort of Davos over coronavirus safety concerns.

Singapore's borders have been effectively shut for months as part of strict rules to keep out a virus still raging across the world, and it faces challenges hosting an event that usually attracts thousands just five months from now.

The new arrangement, announced on Tuesday, will keep visitors segregated to guard against novel coronavirus infection while allowing for safe meetings between people from abroad and from Singapore.

The first travellers under the arrangement will be allowed from the second half of January for stays of up to 14 days, the ministry of trade and industry said in a statement.

The ministry did not specifically mention the WEF event.

Singapore has some arrangements with certain countries for restricted travel but this is the first scheme that will be open to visitors from all countries.

Visitors will be regularly tested, have to stay in "bubbles" of five people at segregated facilities, carry contact-tracing devices and only meet other guests and Singapore-based people in rooms with floor-to-ceiling dividers.

"This segregation concept can be applied when we have the WEF," said Wong King Yin, a tourism specialist at Nanyang Technological University.

The January launch would allow authorities time to test the system before the WEF event, she said.

The trade ministry did not immediately respond to a request for comment on whether the arrangement was made with the WEF in mind.

Singapore has reported only a handful of local cases of coronavirus infection over the past two months, and has won praise, including from the World Health Organisation, for its handling of the outbreak.

The city-state of 5.7 million said Monday it would receive the first shots of Pfizer-BioNTech's coronavirus vaccine by the end of the year and expects to have secured enough vaccines for everyone by the third quarter of 2021.

A pilot short-stay facility being built at a convention centre near the airport could be among the facilities to host WEF travellers.

The four-star-equivalent accommodation will have separate entrances, exits and ventilation systems for guests and Singapore-based visitors, said state investor Temasek, which is leading the project due to launch in the first quarter.

Guests will be able to meet their local counterparts or other guests in specially designed meeting rooms fitted with air-tight glass panels to reduce the risk of virus transmission.

Meals will be delivered to shelves installed outside guest rooms, staff will have to be routinely tested, and the facility will have automated systems for contact-tracing and testing wastewater for early detection of coronavirus infection.

The facility will have more than 1,300 guest rooms and about 340 meeting rooms when completed by mid-2021.

"This is a good template for the WEF despite the limitations of infection risks and the opportunity costs of regular testing and being confined in a particular zone or location," said Prem Shamdasani of the National University of Singapore's Business School.