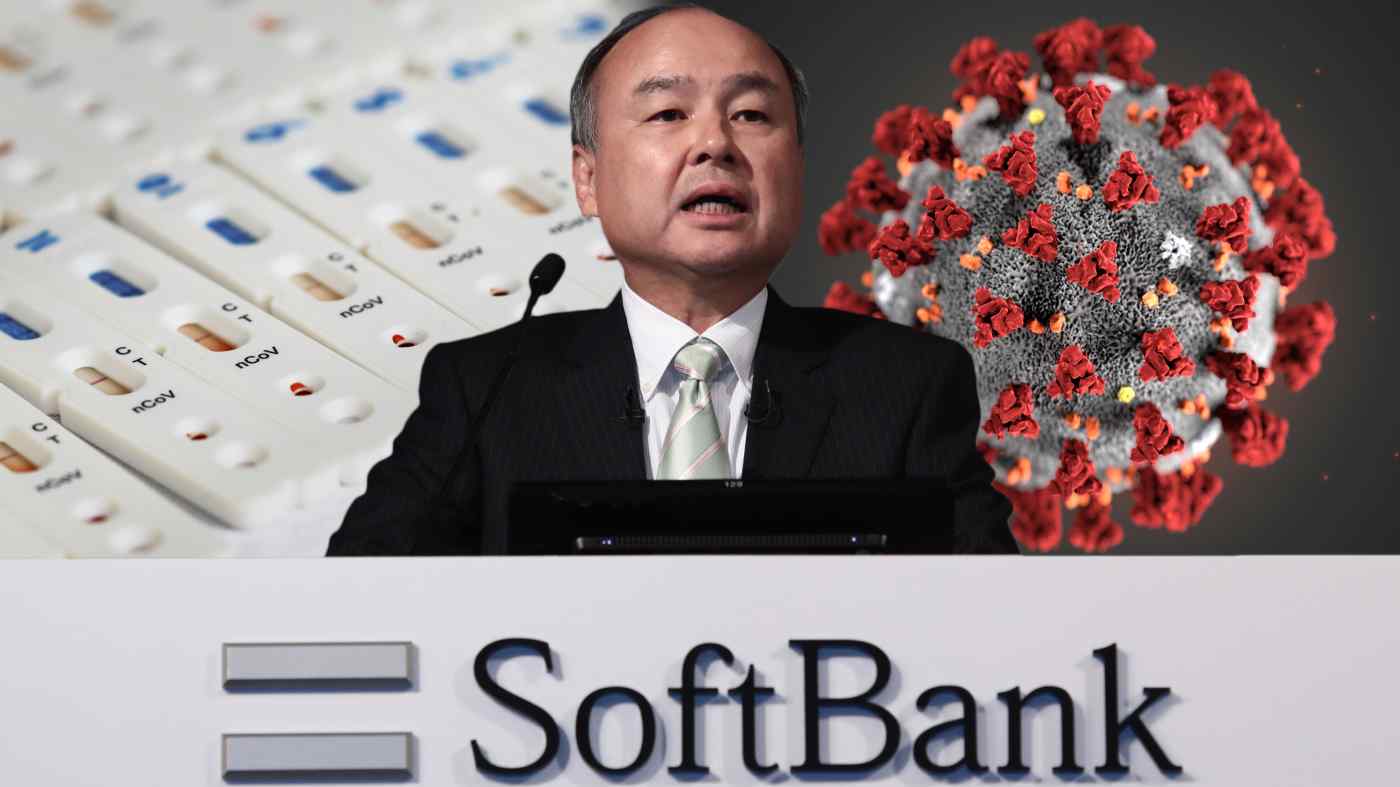 TOKYO -- SoftBank Group on Tuesday revealed the results of 44,066 coronavirus antibody tests conducted on its employees and their families as well as more than 500 medical institutions, the largest such campaign by a private Japanese company.

Of the 38,216 people tested who are linked to the Japanese technology group, 86 were found to have coronavirus antibodies -- a sign of past contact with the virus. So did 105 out of the 5,850 medical workers tested.

In announcing the results in a live-streaming event, Chairman and CEO Masayoshi Son said he decided to conduct the tests "to protect employees, families and customers."

He initially considered polymerase chain reaction tests, which test for the presence of the virus, but settled on antibody tests because they can be done "relatively safely, widely and quickly." The tests at medical institutions were provided at their request. 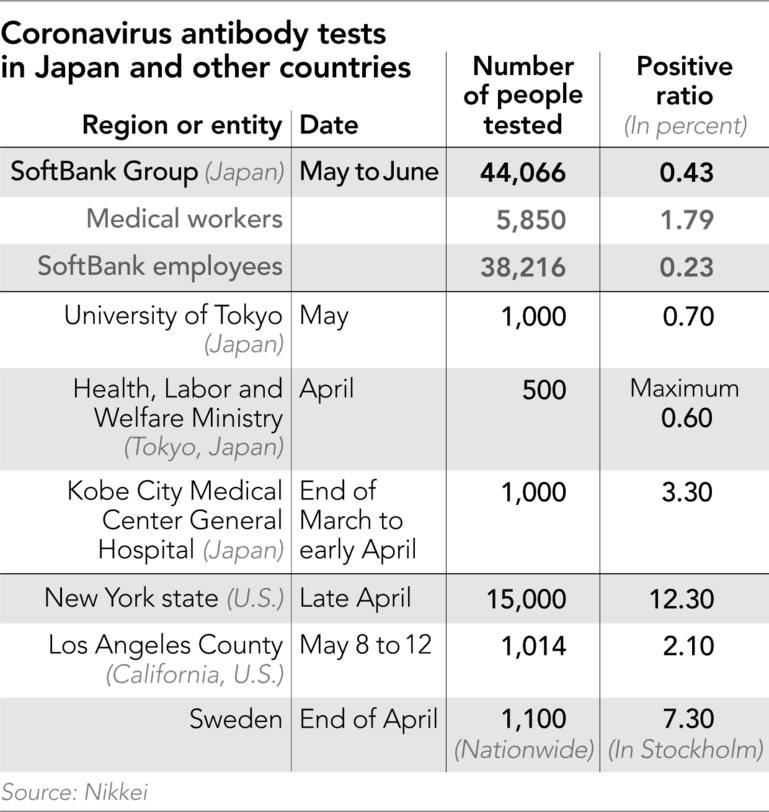 Son said he feared a large number of infections among workers at the group's mobile phone shops, but was "surprised" that only eight out of 19,075 store staff members tested positive. The figure was lower than 17 out of 10,832 cases that tested positive at offices, even though more than 90% of employees at its Tokyo headquarters worked from home.

He said testing is key to understanding the spread of the virus and take measures to prevent a second wave of infections while opening up the economy. "There is no harm in taking too much tests," he said.

SoftBank's testing initiative could stir debate over the role that the private sector can play in understanding the pandemic. Norio Ohmagari, an infectious disease expert who participated in the event along with Son, said there were "astonishing data" in the results, such as the relatively low rate of positive cases among dentists.

Other companies are following suit as a way to ensure safety for employees and customers as they resume business. Rizap Group, a Tokyo-based operator of high-end fitness gyms, has offered free antibody tests on its 6,500 employees and trainers, as well as gym members.