279 new cases reported on Sunday, more than double from Friday 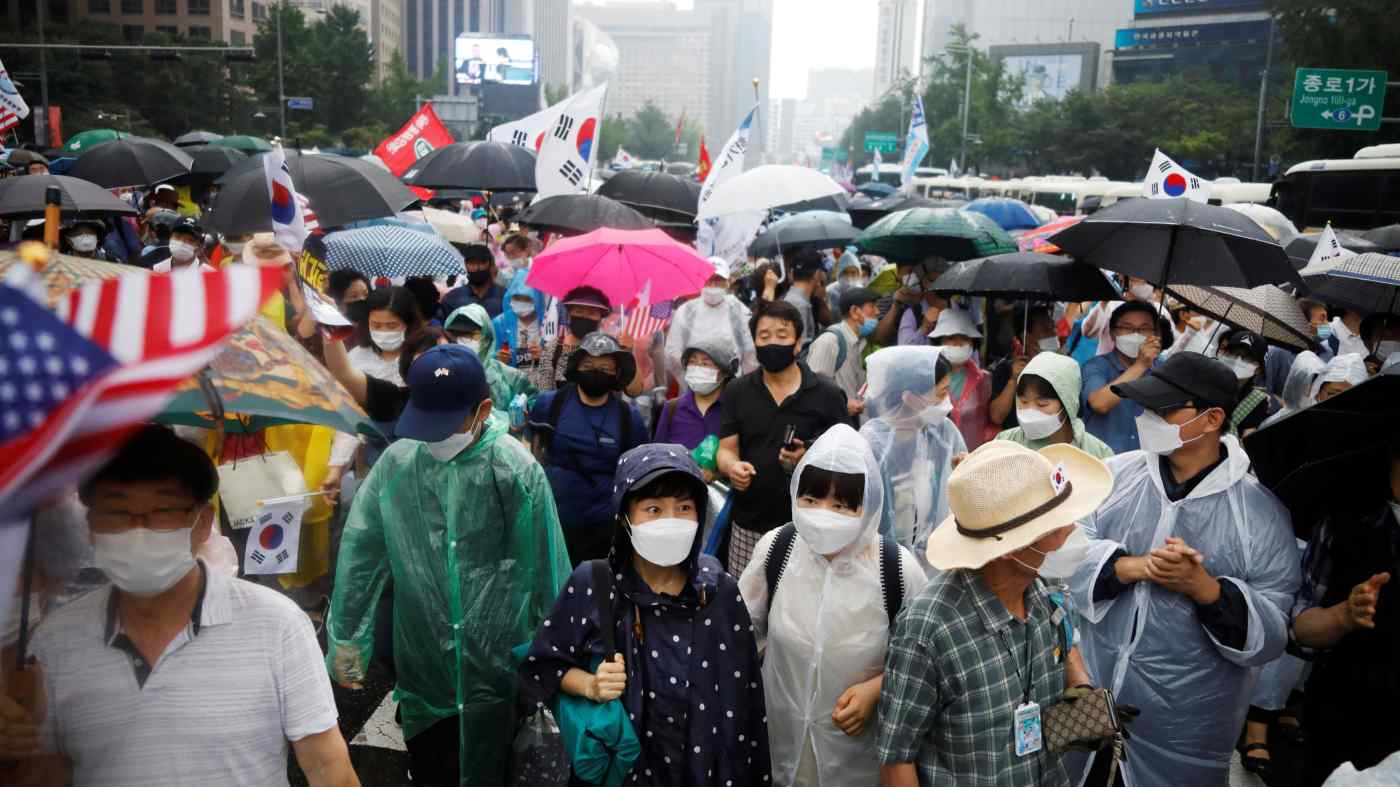 SEOUL (Reuters) -- South Korea accused a conservative pastor on Sunday of violating self-isolation rules and obstructing contact tracing at a church where 240 infections have fuelled the country's worst outbreak in over five months.

The focus on the Sarang Jeil Church, led by Rev. Jun Kwang-hoon, revived bad memories of the country's biggest outbreak, among followers of a secretive Christian sect back in February.

South Korea on Sunday reported 279 new cases, more than double the 103 reported on Friday, with most of the new infections found in and around Seoul.

Aside from the infections linked to the church, there were also smaller clusters, including some 30 cases linked to a Starbucks outlet in the city of Paju, north of Seoul.

The surge in COVID-19 cases prompted authorities on Sunday to reimpose tighter social distancing curbs in the Seoul metropolitan area.

The health ministry said it had filed a complaint against Jun, an outspoken government critic, for violating self-isolation rules by participating in a rally on Saturday, and for “obstructing” a medical investigation into the outbreak by failing to provide a full list of church members for testing and tracing.

On Saturday, a National Liberation Day holiday in both Koreas, thousands of demonstrators participated in street protests against President Moon Jae-in’s policies, defying a ban on rallies in the capital..

President Moon said the latest outbreak posed the biggest challenge to efforts combat COVID-19 since the large cluster of infections traced to the Shincheonji Church of Jesus, a secretive religious sect, six months ago.

President Moon warned of “stern and strong measures” against "some churches," calling their behaviour an "unforgivable act that threatens public lives."