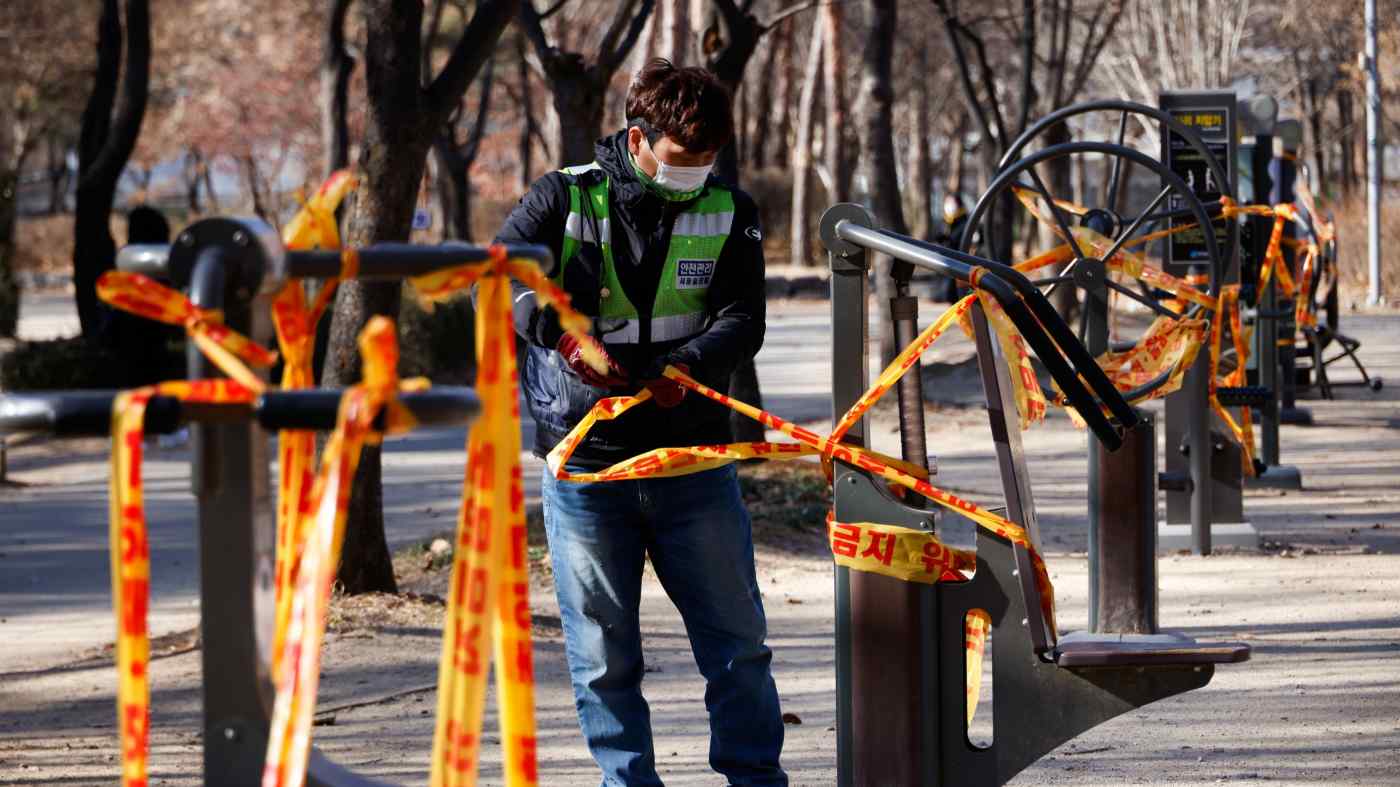 SEOUL (Reuters) -- South Korea will expand a ban on private gatherings larger than four people to include the whole country, and extend unprecedented social distancing rules in Seoul and neighboring areas until Jan. 17, the health minister said on Saturday.

Kwon Deok-cheol told a briefing that the measures were necessary to reduce a prolonged surge in infections that has led to a spike in deaths.

The country reported 824 new cases as of midnight on Friday, down from 1,029 a day before, a drop that officials said was likely due to less testing over the New Year holiday.

As much as 40% of recent cases have been linked to small gatherings, Kwon said. The ban on such gatherings had been imposed in Seoul and neighboring areas before the Christmas holiday and had been due to expire on Sunday.

The country also has restrictions on churches, restaurants, cafes, ski resorts, and other venues.

Kwon apologized to citizens for having to maintain the rules, but thanked them for their "solidarity and cooperation."

Given plans to begin vaccinations in February, the next few months will be the "last hurdle", he said.

After initial success in subduing earlier waves of infections, South Korea has struggled to reduce this latest and largest surge, with daily cases hovering around 1,000 for weeks.