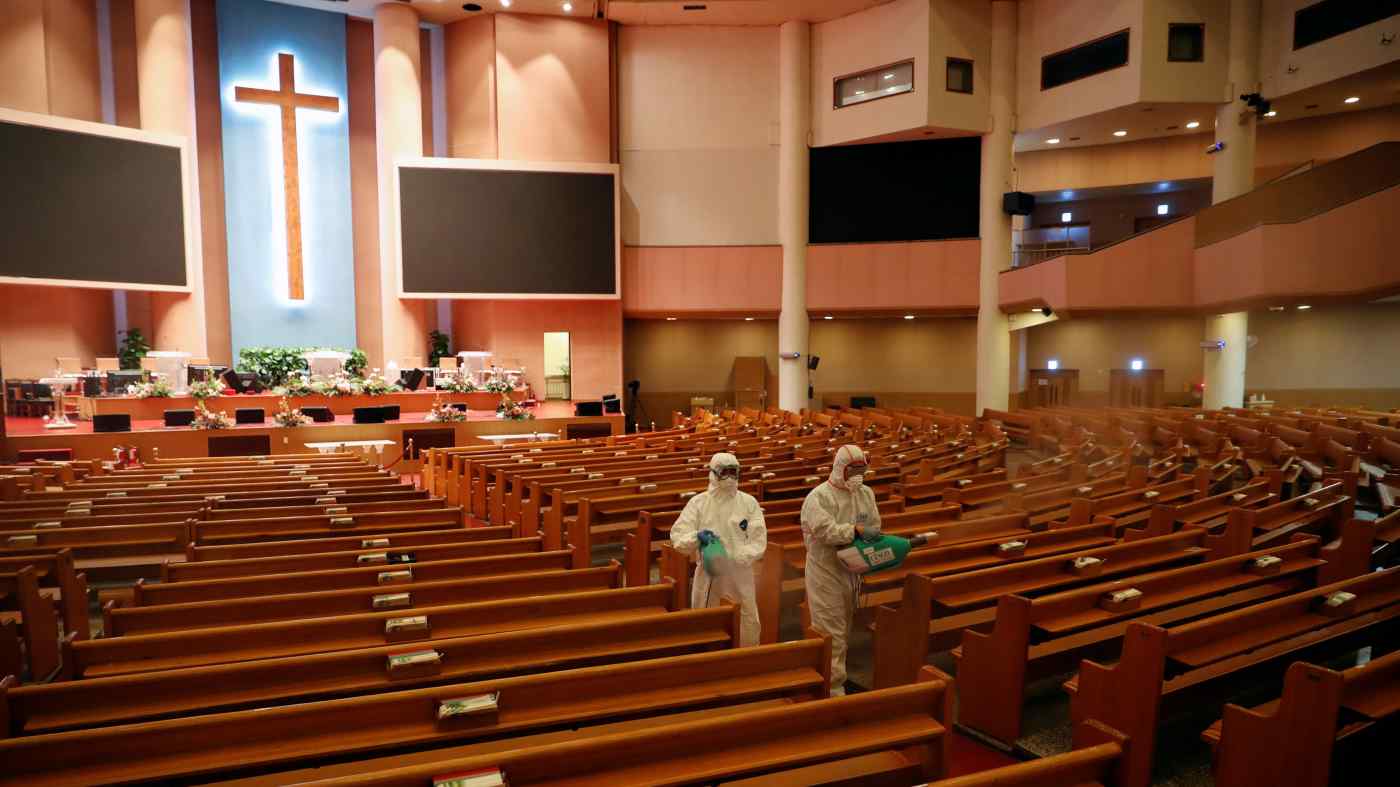 Employees of a disinfection company sanitize the Yoido Full Gospel Church, the largest church in South Korea, in Seoul on Aug. 21. The country is battling to contain a new outbreak of the coronavirus.   © Reuters
August 22, 2020 14:12 JSTUpdated on August 22, 2020 16:00 JST | South Korea
CopyCopied

SEOUL (Reuters) -- South Korea said on Saturday it will roll out tougher social distancing guidelines to curb the spread of coronavirus nationwide as it battles a new outbreak of the disease spreading from the capital, Seoul.

The Korea Centers for Disease Control and Prevention (KCDC) reported 315 new domestic coronavirus infections as of midnight Friday, the latest in a string of triple digit increases in new local cases.

South Korea used advanced contact tracing and widespread testing to contain its first outbreak of the novel coronavirus, but Asia's fourth-largest economy has experienced persistent outbreaks in recent weeks, mostly in and around densely populated Seoul and the surrounding areas.

The same guidelines will be imposed on other areas across the country effective Sunday. However, in some areas with fewer infections, the guidelines would be recommended rather than obligatory.

"If we don't curb the spread (of the virus) in early stages, this will grow as a large-scale wave. To us, there is nothing more important than focusing on responding to COVID-19," Health Minister Park Neung-hoo told a briefing on Saturday.

Health authorities have categorized social distancing rules in three stages - stage 1 being the least intense and stage 3 the toughest, where schools and businesses are urged to close.

"If we enhance the social distancing guidelines to the third stage, it is inevitable that they will take a toll on people's daily lives and economy. We urge you to the situation seriously," KCDC deputy director Kwon Jun-wook told a briefing.

Kwon said South Korea has provided anti-viral drug remdesivir to treat 143 patients at 35 hospitals, but access to the drug has been irregular due to issues on the supplier side.

The Health Ministry also said it was postponing its decision to pursue policies boosting the number of medical students until the COVID-19 situation stabilises.

Thousands of South Korean doctors have staged strikes and protests over government plans to train new doctors, saying there enough doctors but better conditions and systems are needed to properly allocate them.