433 cases confirmed as coronavirus spreads among churchgoers in Daegu 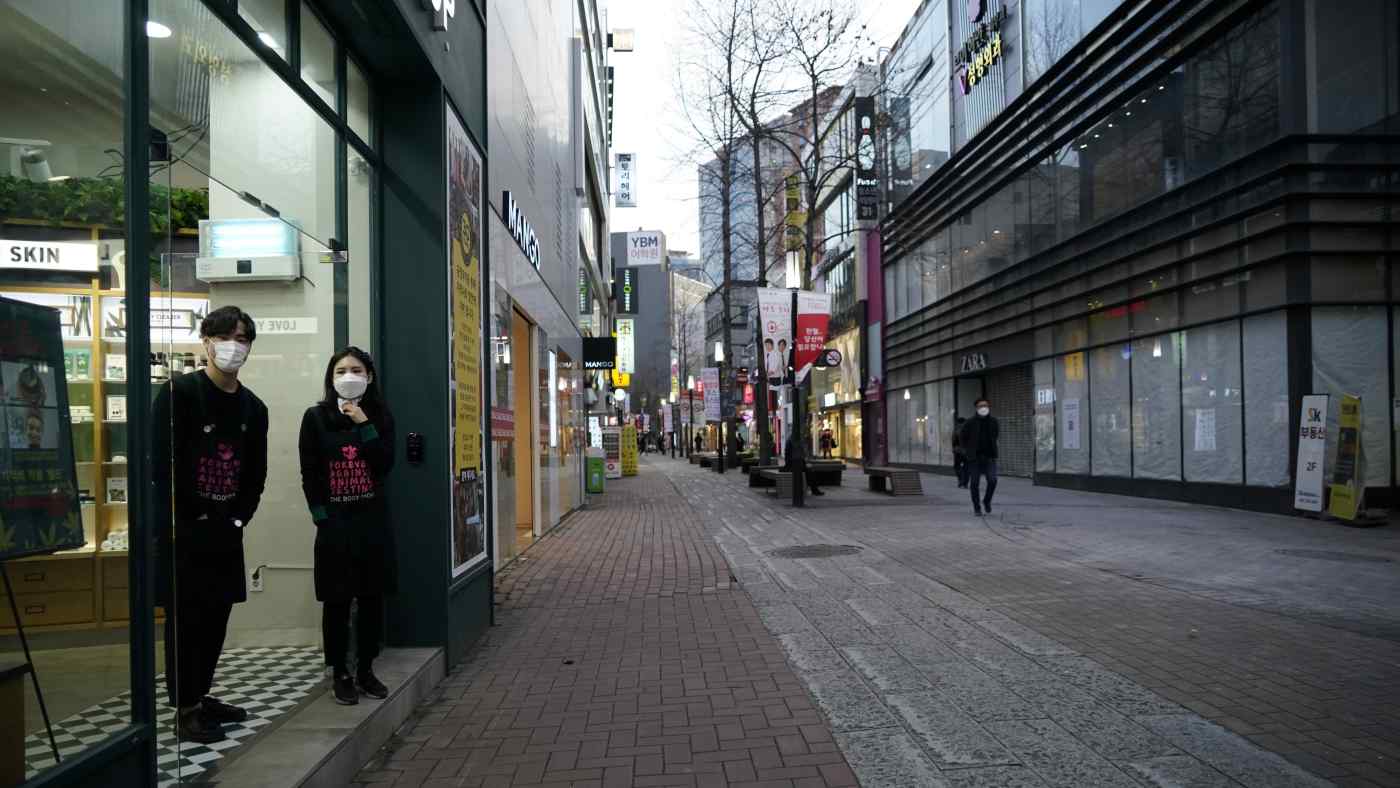 Shopkeepers wait for customers along the Dongseong-ro shopping street in Daegu, South Korea. Outbreaks in and around the city have caused the number of infections to surge.   © Reuters
KOTARO HOSOKAWA, Nikkei staff writerFebruary 22, 2020 15:52 JSTUpdated on February 23, 2020 01:54 JST | South Korea
CopyCopied

SEOUL -- South Korea's health authorities on Saturday evening announced the confirmations of 87 new coronavirus infections, in addition to the 142 cases reported in the morning, which had already marked the country's largest single day jump.

The nation of 51 million now has 433 confirmed infections.

Outbreaks among a congregation of a minor Christian sect and at a nearby hospital in the southeast of the country have caused the number of infections to surge more than sevenfold in three days. The number is likely to further swell; about 500 people who worship at the church have symptoms.

Of the cases confirmed in the morning, 131 were in and around the southeastern city of Daegu, including those among the church's flock as well as staff and patients at the hospital. Two people who died at the hospital on Wednesday and Friday were also found to be infected.

The church in Daegu, a branch of the Shincheonji Church of Jesus, hosted over 1,000 parishioners for a service on Tuesday. A churchgoer in her 60s was the first to be confirmed with the virus. Other believers and people who came in close contact with her followed. The country's quarantine authority has isolated about 9,000 potentially infected people.

The South Korean government on Friday designated Daegu as a "special care zone," asking residents to refrain from leaving their homes for any unnecessary and non-urgent reason.

As a result, the Coupang e-commerce platform was flooded with four times more orders from the region than usual, causing a systems crash. The impact on local economies is expanding as supermarkets and other retailers close.