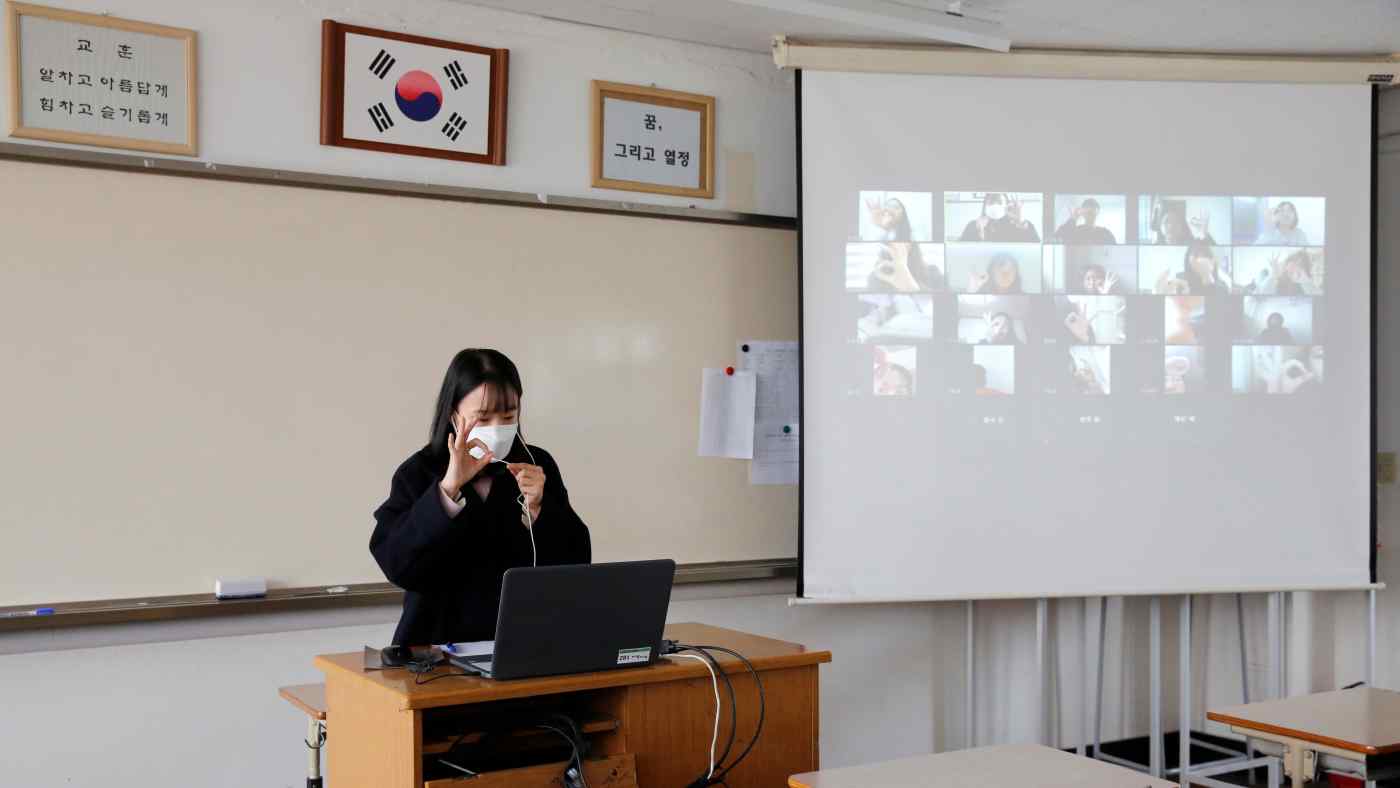 SEOUL (Reuters) -- South Korea extended its social distancing policy for another 16 days on Sunday but offered some relief for churches and sporting fixtures, as it reported just eight new coronavirus infections, the lowest in two months.

The slightly relaxed guidelines mean high-risk venues like churches will face fewer restrictions, while sports matches such as the popular Korea Baseball Organization (KBO) League can resume without an audience.

"It is safest to maintain the intensive social distancing, but it isn't easy realistically. We need to find a middle ground," Prime Minister Chung Sye-kyun told a televised meeting of government officials.

"If we can maintain a stable management at the current level, we will shift to 'routine social distancing' from May 6," Chung said.

Health authorities have said this would allow a reopening of the economy, while maintaining guidelines on disinfection and preventing the spread of the virus in people's daily lives.

South Korea in March issued an administrative order that strongly recommended religious, indoor sports and entertainment facilities such as nightclubs suspend operations. The language has now been softened, allowing facilities to restart operations as long as they comply with disinfection guidelines.

"The government will evaluate the degree of risk every two weeks and readjust the level of social distancing when necessary," Health Minister Park Neung-hoo told reporters.

The latest figure on new infections was the first time since Feb. 18 that South Korea reported a single digit daily rise. The increase takes its total cases to 10,661.

Of the new cases, five were imported from overseas, the Korea Centers for Disease Control and Prevention (KCDC) said. The death toll rose to 234.

South Korea has largely managed to bring the outbreak under control and has recently been reporting daily new cases hovering around 20.

"We are continuously on the alert to ensure we haven't missed any new infections, or whether the epidemic could be spread by asymptomatic or mildly infected patients," KCDC chiefEun-Kyeong-kyeong told a briefing.

President Moon Jae-in on Sunday said South Korea's progress gave hope that the COVID-19 is "surmountable" in other parts of the world. Earlier this year, South Korea had Asia's largest number of infections outside China. It has since been overtaken by other countries.

"The government will prepare for new daily lives and the new world order 'post-COVID' with the unified power of the citizens," Moon said.