Fresh cases in Seoul and among returnees from abroad spark alerts 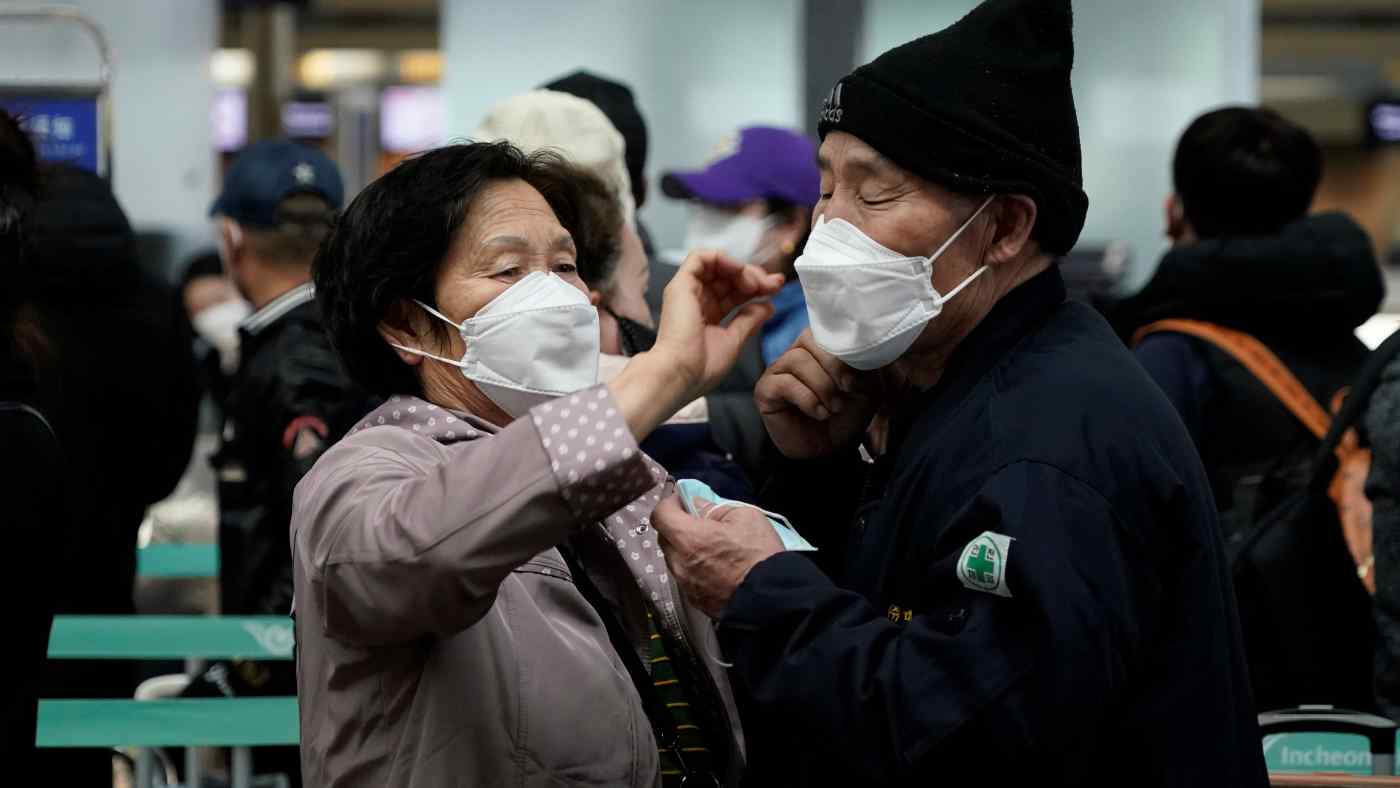 A woman adjusts her husband's mask to prevent contracting coronavirus as they wait to check in at Incheon International Airport in Incheon, South Korea, on March 19.   © Reuters
March 21, 2020 13:23 JST | South Korea
CopyCopied

SEOUL (Reuters) -- South Korea reported 147 new coronavirus infections on Saturday, holding to its downward trend in daily infections from a peak in February, but concerns about new outbreaks around small clusters and people coming from abroad persisted.

The daily tally marked the 10th day in a row that the country has posted new infections in the mid-100s or below, although up from 87 recorded the day before, according to the Korea Centers for Disease Control and Prevention (KCDC).

The new cases bring the country's total to 8,799. The cumulative number of deaths from the virus also rose to 102. South Korea has seen a downward trend in new cases from the peak of 909 cases reported on Feb. 29.

Out of the 147 new cases, 109 were from South Korea's fourth-largest city, Daegu, and the adjoining North Gyeongsang Province, where 86% of all South Korean cases have been so far.

But others saw increases as well, including 15 new cases in Seoul and six detected while returning from abroad.

"You may feel that the current situation has improved a lot compared to the past, but... we continue to see group infection, inflows from foreign countries, mass outbreaks at various workplaces," Yoon Tae-ho, director general for public health policy, said at a briefing.

Yoon said South Korea has not considered extreme forms of travel restrictions that other countries have taken, and asked the public for continued voluntary efforts at social distancing.

Meanwhile, Prime Minister Chung Sye-kyun said on Saturday up to 3.8 trillion won ($3.03 billion) in disaster management funds may be used for small businesses and disadvantaged people specifically for coronavirus-related difficulties.