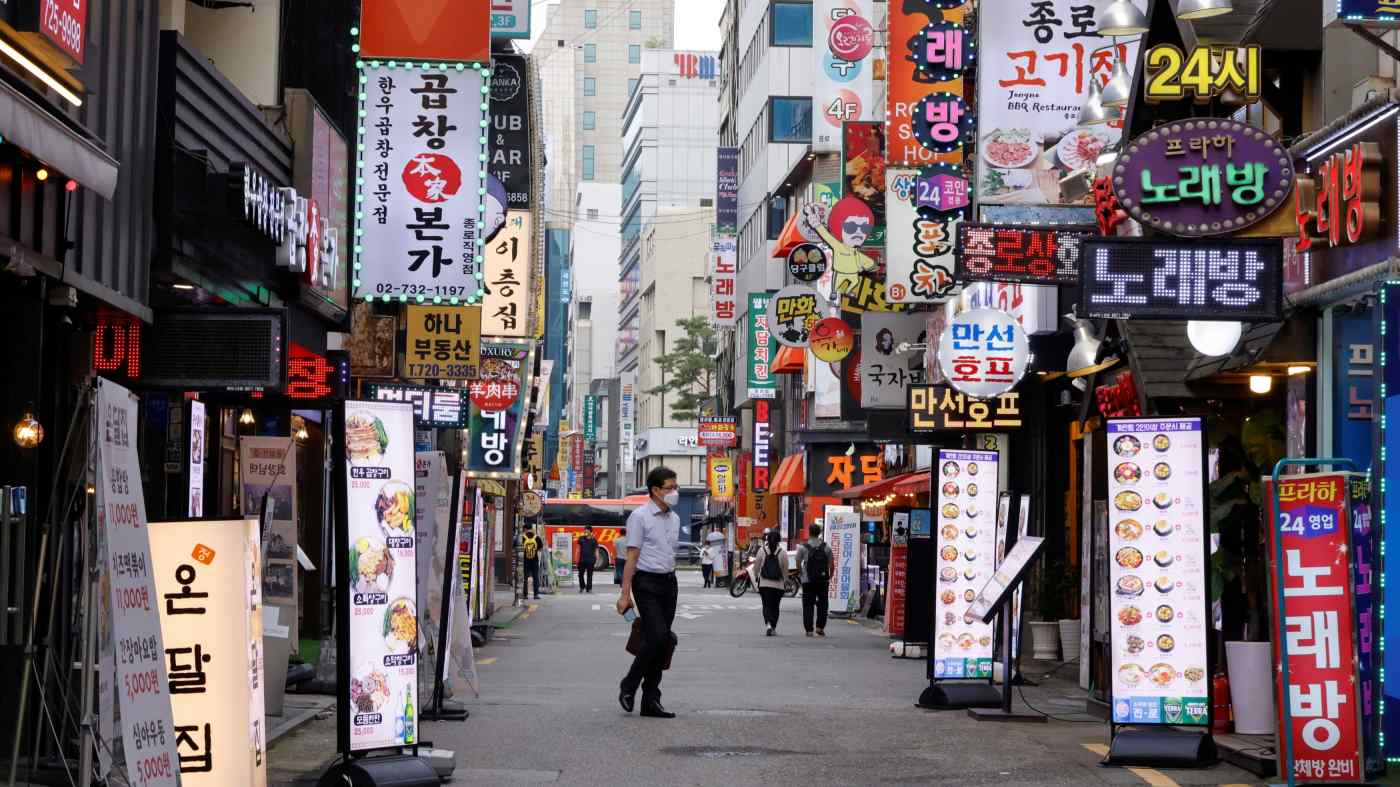 SEOUL -- South Korea on Wednesday confirmed a record high number of daily COVID-19, as variants of the coronavirus spread quickly among young adults despite strict social distancing restrictions around Seoul.

The Korea Disease Control and Prevention Agency said that delta and alpha variants are being transmitted to people in their 20s as they gather at bars and restaurants. Over the past week the delta strain accounted for 23.3% of cases, while 13.5% were infected with the alpha variant.

Twenty-somethings had the highest infection ratio in the first week of July, with 5.2 cases per 100,000 people, up from 3.8 in the previous week.

"We ask people to pay special attention when going to bars and restaurants as cluster infections are increasing there," the KDCPA said in a statement. "We also recommend keeping social distancing rules more thoroughly."

The announcement comes a few days after the government imposed the highest-level of social distancing rules in Seoul, Incheon and Gyeonggi Province. The rules ban private gatherings of more than two people after 6 p.m. Schools are closed professional baseball games have also been suspended, and religious meetings are prohibited.

The country's vaccination rollout is struggling because of supply issues. So far, 30.6% of the population have had their first dose, while 11.8% are fully inoculated. The government will restart vaccinations to those aged between 55 and 59 on Wednesday, but younger people will have to wait a few more months.