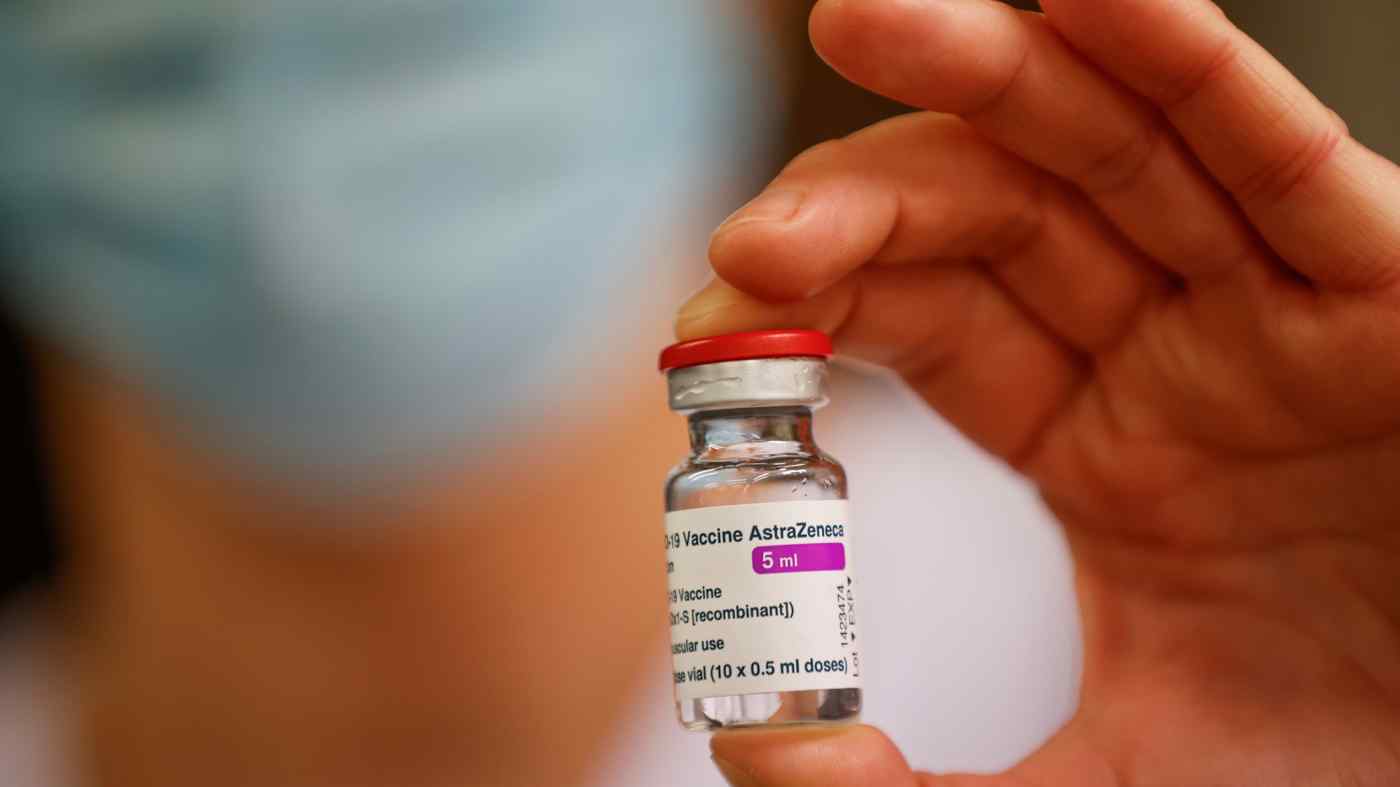 South Korea has given conditional approval to use AstraZeneca-Oxford COVID-19 vaccine in the country.   © Reuters
February 10, 2021 19:04 JST | South Korea
CopyCopied

SEOUL (Reuters) -- South Korea on Wednesday said it would grant its first approval for a coronavirus vaccine to AstraZeneca, and will allow use in people 65 years or older, despite advisory panels' warning of a lack of data on its efficacy for the elderly.

"However, we have added a precautionary line for cautious decision for use of the shots the elderly aged 65 and older," Kim said.

Several European countries have warned that the shot should only be given to those ages 18 to 64, and such concerns had threatened to upend South Korea's plan to prioritize elderly residents and medical workers in the first round of vaccinations.

On Monday, authorities sought to reassure elderly residents after a panel of advisers urged caution over the use of the AstraZeneca vaccine for people older than 65 because of a lack of data.

AstraZeneca and the chief of clinical trials for Britain's Oxford University, which codeveloped the vaccine, have said it triggers a good immune response in older people.

The approved doses for South Korea are produced by SK bioscience, the drugmaking arm of SK Chemicals, Kim said.

The Korea Disease Control and Prevention Agency (KDCA) had said vaccinations will begin on Feb. 26 with about 1.5 million doses of AstraZeneca vaccines, enough for 750,000 people. It will inoculate about 10 million high-risk people by July and aim to reach herd immunity by November.

The ministry has asked to receive by April final clinical trial results from AstraZeneca's survey in the United States on about 30,000 people. The study includes around 7,500 elderly people, Kim said.

He added that the KDCA is reviewing the efficacy of the AstraZeneca-Oxford shot on new UK or South African variants, after uncertainty over protection. Oxford had said its vaccine has similar efficacy against the British coronavirus variant as it does to the previously circulating variants.

The KDCA reported 444 new COVID-19 cases by Tuesday, bringing the total number of infections to 81,930, with 1,486 deaths. The daily cases rebounded above 400 ahead of the Lunar New Year holiday, boosted by cluster infections mostly in near the capital Seoul.