SEOUL -- Life is returning to normal in South Korea, now that the daily coronavirus caseload has lightened to a level not seen in months. The country's epidemic control authorities, however, are warily watching for a COVID-19 resurgence after the public appeared to ease up on social distancing over the recent Golden Week holidays.

One afternoon in late April, there was a long line of people outside a popular restaurant in central Seoul. When the coronavirus was peaking in the country, the area was nearly deserted. Now, the district is crowded with people at lunchtime, just as it was before the outbreak began.

South Korea's case count began to decrease after peaking at 813 on Feb. 29. The figure fell below 100 per day in early April and below 10 on many days in the past couple of weeks.

The South Korean government had designated the period until May 5 as a time of social distancing, calling on people to minimize contact with others by suspending events, for instance. It did not ask people to stay at home or companies to halt operations. But many businesses voluntarily let their employees work from home. The new school year, which usually begins in March, was also delayed. With the number of new coronavirus cases in South Korea falling to the lowest level yet, people are returning to normal life, with a long line forming outside a popular restaurant in central Seoul. (Photo by Sotaro Suzuki)

In early April, however, a move to return to normality slowly began. Employees of big companies who were working at home returned to offices. Elementary, junior-high and high schools commenced online classes.

By mid-April, people were returning to downtown Seoul. Companies cautiously started lifting a self-imposed ban on business dining, filling restaurants and pubs and bringing back their lively atmosphere. Once-empty department stores began to see an increase in shoppers.

The six-day Golden Week holidays through Tuesday were expected to boost South Korea's tourism industry, which has been devastated by the pandemic. Domestic travelers who could not go overseas were set to explore their own country: A survey by the Korea Transport Institute showed that nearly 40% of South Koreans said they had plans to go out or go on a trip over the holidays.

A spokesperson for Shilla Jeju, a luxury hotel on the popular resort island of Jeju, said that although the hotel's occupancy rate had fallen to between 40% and 50% due to the coronavirus, the rate rebounded to 70% for the Golden Week holiday period. The occupancy rate is still below the 90% recorded a year ago, but a huge improvement from the level when the coronavirus was spreading.

According to Lotte Resort, which runs condominiums with kitchenettes that are more affordable than hotels, its accommodation on Jeju Island is now seeing an occupancy rate of 85-90%, while that in Sokcho, a seaside town in Gangwon Province, has an occupancy rate of 90-95%. 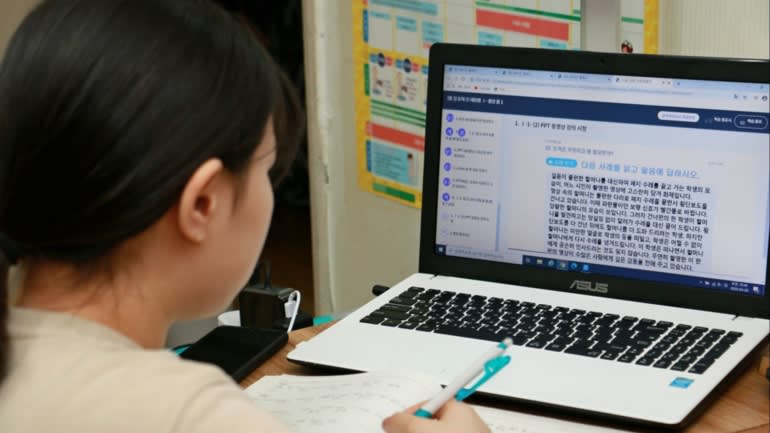 During the Golden Week holidays, Korean Air Lines and Asiana Airlines were to restore their number of flights between Seoul and Jeju Island to pre-coronavirus levels.

However, the country's health authorities are increasingly worried that the virus will spread again if people go out and interact as normal.

The Korea Centers for Disease Control and Prevention (KCDC) is urging South Koreans to stay indoors if they have a fever. The KCDC has asked municipalities and accomodation providers in major tourist destinations to check visitors' temperature using thermal cameras and to disinfect facilities.

The Ministry of Culture, Sports and Tourism and the Korea Tourism Organization announced guidelines to slow the spread of the coronavirus during the holiday period. People were asked to travel by car as much as possible, use online reservations and vending machines when using public transportation, refrain from dining out and talking to others during busy hours and to keep a distance of more than 2 meters from others even outdoors, including when they take a walk on the beach.

Even after the official social distancing period ended on Tuesday, the government wants people to maintain distance from others in their daily lives and encourages regular hand-washing and disinfection.

If the coronavirus epidemic returns, the government would have no choice but to maintain its current strict guidelines. The aftermath of Golden Week poses a major test in South Korea's fight against the virus.