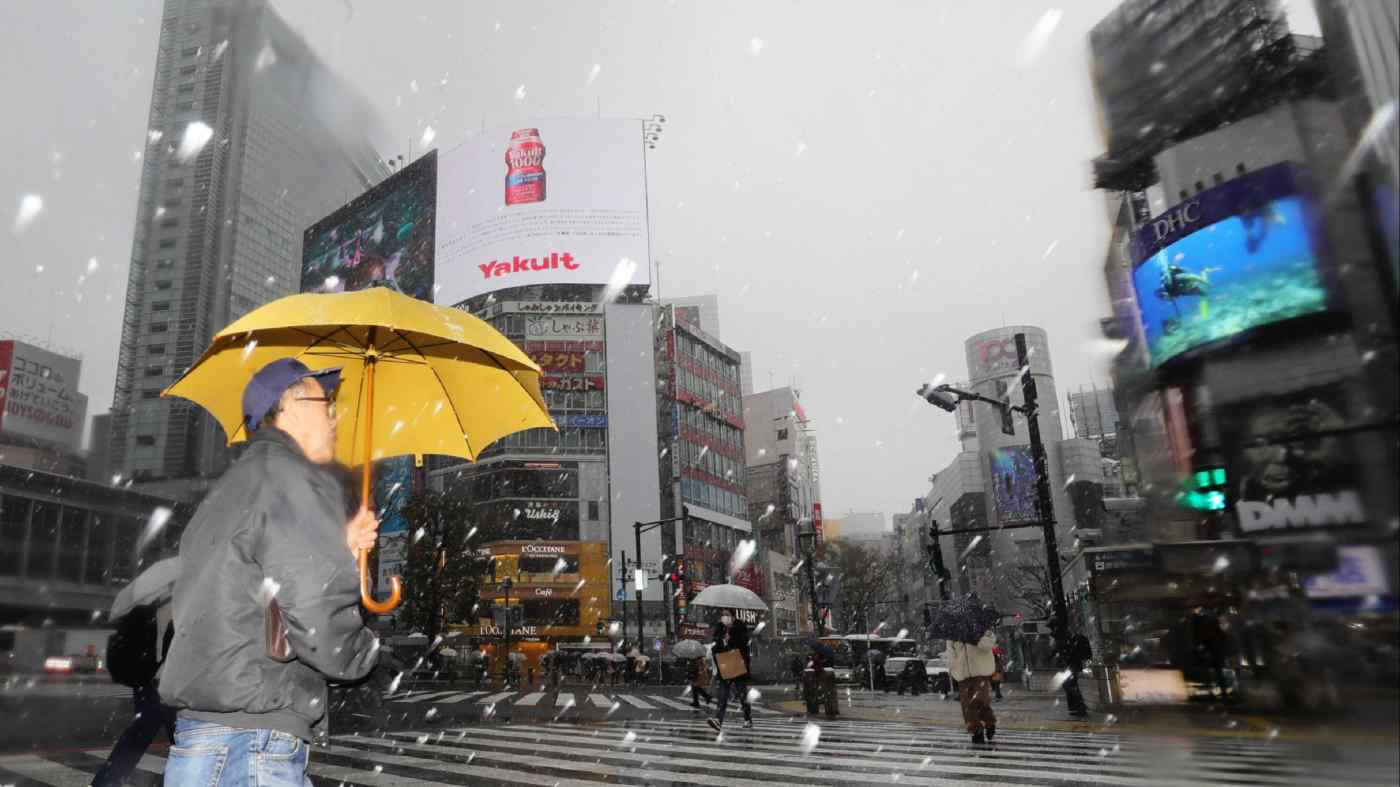 TOKYO -- With Japan confronting a surge in the number of new coronavirus patients, 83% of respondents to a weekend Nikkei/TV Tokyo poll said they were staying home more than usual.

Tokyo Gov. Yuriko Koike recently urged the public to avoid going outside unnecessarily. Her calls appear to have struck a chord nationwide, with those staying home nearly doubling from 43% in February.

The figure was even higher among residents of Tokyo and the neighboring prefectures of Kanagawa, Saitama, Chiba and Yamanashi, with 87% saying they were staying home more. The proportion of those going outside like usual has plunged to 15% from 56% in February.

On Sunday, at least 68 new COVID-19 infections were confirmed in Tokyo, the highest number to date.

When asked what the government should prioritize to mitigate the economic impact of the outbreak, financial assistance for households topped the list at 34%. Protecting jobs ranked second at 28%, followed by assistance to companies at 19%.

Seventy-five percent of respondents expected the coronavirus to cool the global economy for at least the next year.

Support for the government's response to the outbreak improved, with approval at 47% and disapproval at 44%. This was a reversal from February, when 50% disapproved and 40% approved amid mounting criticism over Japan's handling of the Diamond Princess cruise ship.

Residents of greater Tokyo and greater Osaka were more critical of the government, with 48% saying they disapproved of the response -- 6 points higher than in the rest of Japan. Younger respondents were less approving as well.

The International Olympic Committee's postponement of the 2020 Tokyo Games drew overwhelming support, favored by 87% of respondents while just 8% did not back the decision. This reaction to the decision held across political lines, favored by 92% of Abe supporters and 82% of his opponents.

The opinion poll was conducted by phone from Friday to Sunday and received 1,085 responses.