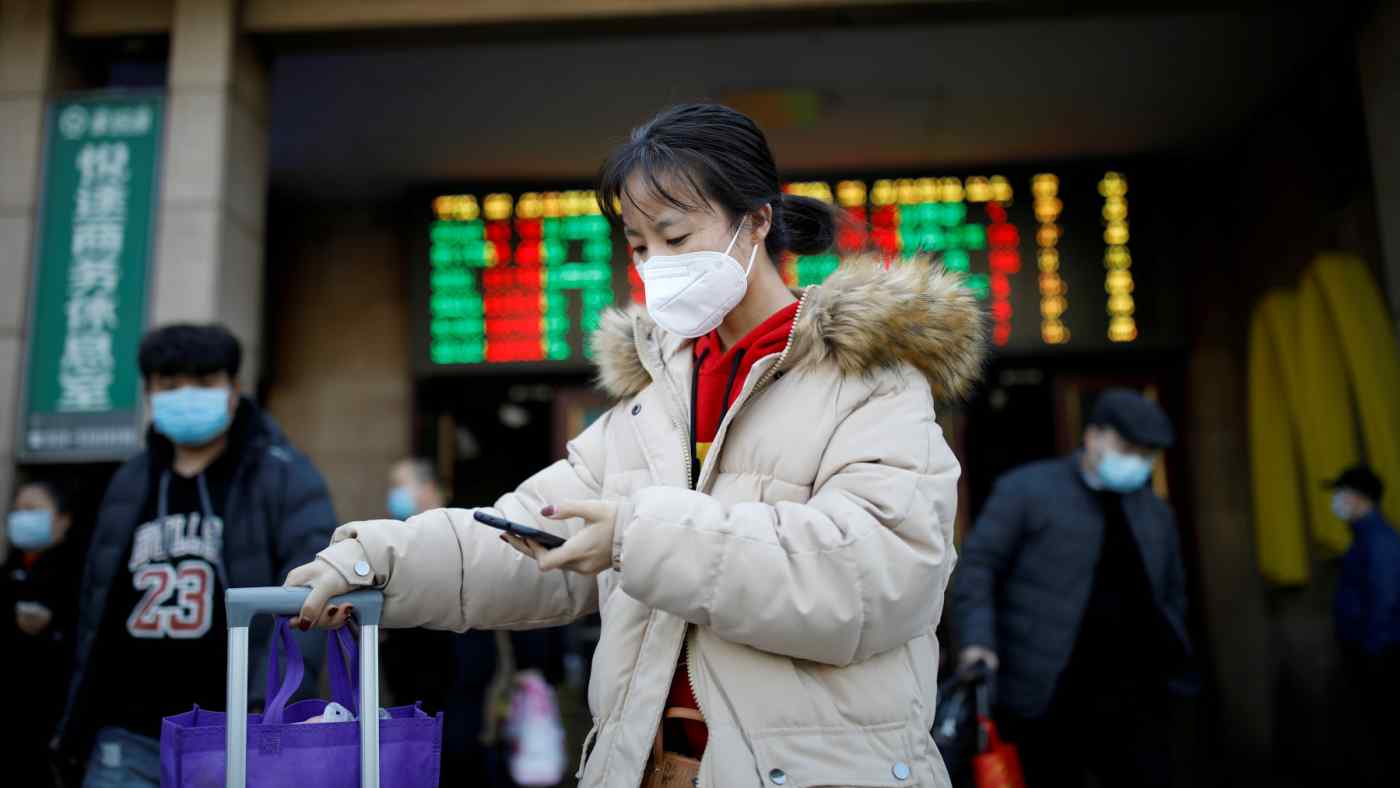 A woman wearing a face mask uses her cellphone as she walks outside Beijing Railway Station as the country is hit by an outbreak of the new coronavirus on Jan. 30.   © Reuters
NIKKI SUN and COCO LIU, Nikkei staff writersJanuary 31, 2020 03:24 JSTUpdated on January 31, 2020 14:10 JST | China
CopyCopied

TOKYO/HONG KONG -- The deadly new coronavirus from Wuhan was spreading from person to person as early as mid-December, weeks before China officially confirmed such transmission, government-funded Chinese researchers report in a top American medical journal.

The paper in the New England Journal of Medicine analyzes data on the first 425 confirmed cases in the central Chinese city of Wuhan, where the outbreak originated.