Nation trails far behind UK, US and elsewhere in vaccinations 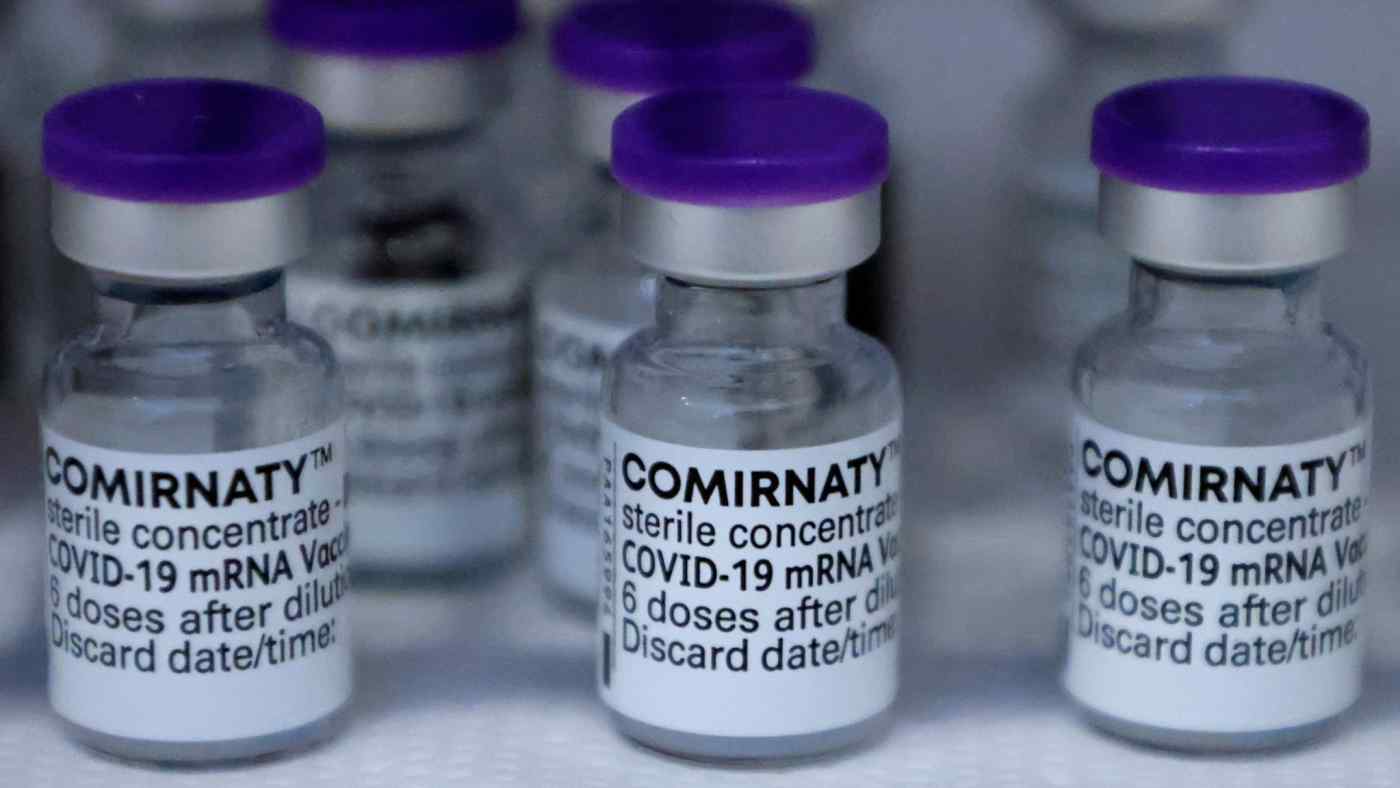 Japan relies solely on imported coronavirus vaccines, and Pfizer's vaccine is the only one the country has approved so far.   © Reuters
April 18, 2021 01:41 JST | Japan
CopyCopied

Suga made the request during telephone talks with Pfizer CEO Albert Bourla on the last day of his three-day visit to Washington for a White House meeting with U.S. President Joe Biden.

Bourla was quoted by the officials as saying Pfizer would like to promote consultations about the request swiftly and coordinate closely with the Japanese government.

The talks came as Japan trails far behind Britain, the United States and elsewhere in providing vaccinations to people.

Japan relies solely on imported coronavirus vaccines, and Pfizer's vaccine is the only one the country has approved so far.

During the summit meeting on Friday, Suga and Biden agreed to work together to help ensure fair access to coronavirus vaccines for developing countries and facilitate the production of safe, effective, and affordable vaccines in the Indo-Pacific region, including by expanding their manufacturing capacity in India.

Japan only began inoculating about 36 million people aged 65 or older, about 29 percent of its population, on Monday after beginning its campaign with health care workers on Feb. 17.

Out of Japan's 4.8 million health care workers, about 1.1 million, or about 0.87 percent of the population, had received at least one dose as of April 9, according to the Health, Labor and Welfare Ministry.

Seeing a recent spike in the number of infections, the Japanese government has decided to expand tougher COVID-19 restrictions next week to all three of the country's major metropolitan areas centering on Tokyo, Osaka and Nagoya, less than a month after a state of emergency was lifted.