'The situation has certainly taken a turn for the better,' prime minister says 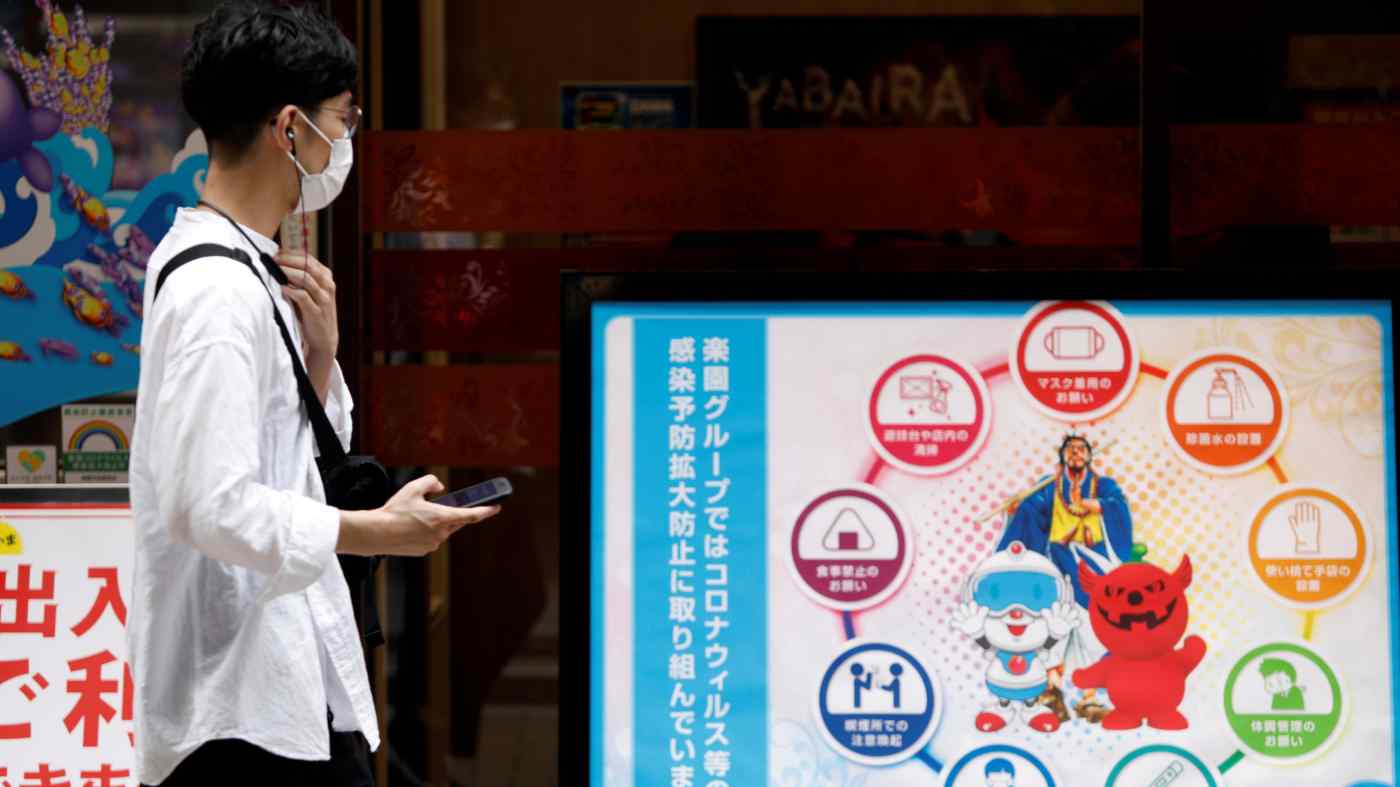 A man looks at infection prevention information in Shibuya shopping area, during a state of emergency amid the COVID-19 outbreak, in Tokyo.   © Reuters
September 26, 2021 18:41 JST | Japan
CopyCopied

WASHINGTON (Kyodo) -- Prime Minister Yoshihide Suga on Saturday sounded optimistic about lifting Japan's state of emergency over the coronavirus pandemic when it expires at the end of this month, saying the COVID-19 situation in the country is improving.

"The situation has certainly taken a turn for the better," Suga told reporters in Washington a day after attending the first in-person meeting of the leaders of Japan, the United States, Australia and India.

Citing the fact that the number of new cases in Japan has dropped to about 3,000 a day from about 25,000 at one point, he said, "I would like to decide (whether to lift the emergency) after hearing expert opinion."

Suga, who will step down in early October, also said oral medication for COVID-19 could be in use within this year.

In Tokyo on Sunday, health minister Norihisa Tamura also suggested the high likelihood of the state of emergency ending on Thursday, saying, "I think we can realize it given the current situation."

But Tamura said the restrictions on people's lives will not be lifted in one go.

Steps to balance anti-infection measures and resumption of full economic activities must proceed "in stages" while the impact of easing is carefully monitored, the minister of health, labor and welfare said.

In the latest round of the emergency covering Tokyo and 18 other prefectures, the government requested that people avoid going to crowded areas and that restaurants close by 8 p.m. and not serve alcohol.

As the fifth wave of infections this summer strained the country's medical system and forced many people to recuperate at home, the Ministry of Health, Labor and Welfare is now reviewing its medical service to prepare for a potential sixth wave.

Asked about the Trans-Pacific Partnership free trade agreement, an issue raised at the Quad summit, Suga said, "We have always considered that the return of the United States (to the TPP) is important."

The prime minister, however, declined to comment on whether he urged U.S. President Joe Biden during the summit to rejoin the regional FTA, formally known as the Comprehensive and Progressive Agreement for Trans-Pacific Partnership.

Following Suga's announcement earlier this month of his intention to resign, the ruling Liberal Democratic Party is holding its presidential election on Wednesday to pick his successor. The winner is almost certain to be elected the next prime minister in an extraordinary Diet session on Oct. 4 as the party controls the House of Representatives, the powerful lower chamber of parliament.

The outgoing premier said he will not seek a Cabinet post under a new leader, hoping only to focus on policies that he has worked on until now that he feels are necessary.

Suga has expressed his support for Kono.