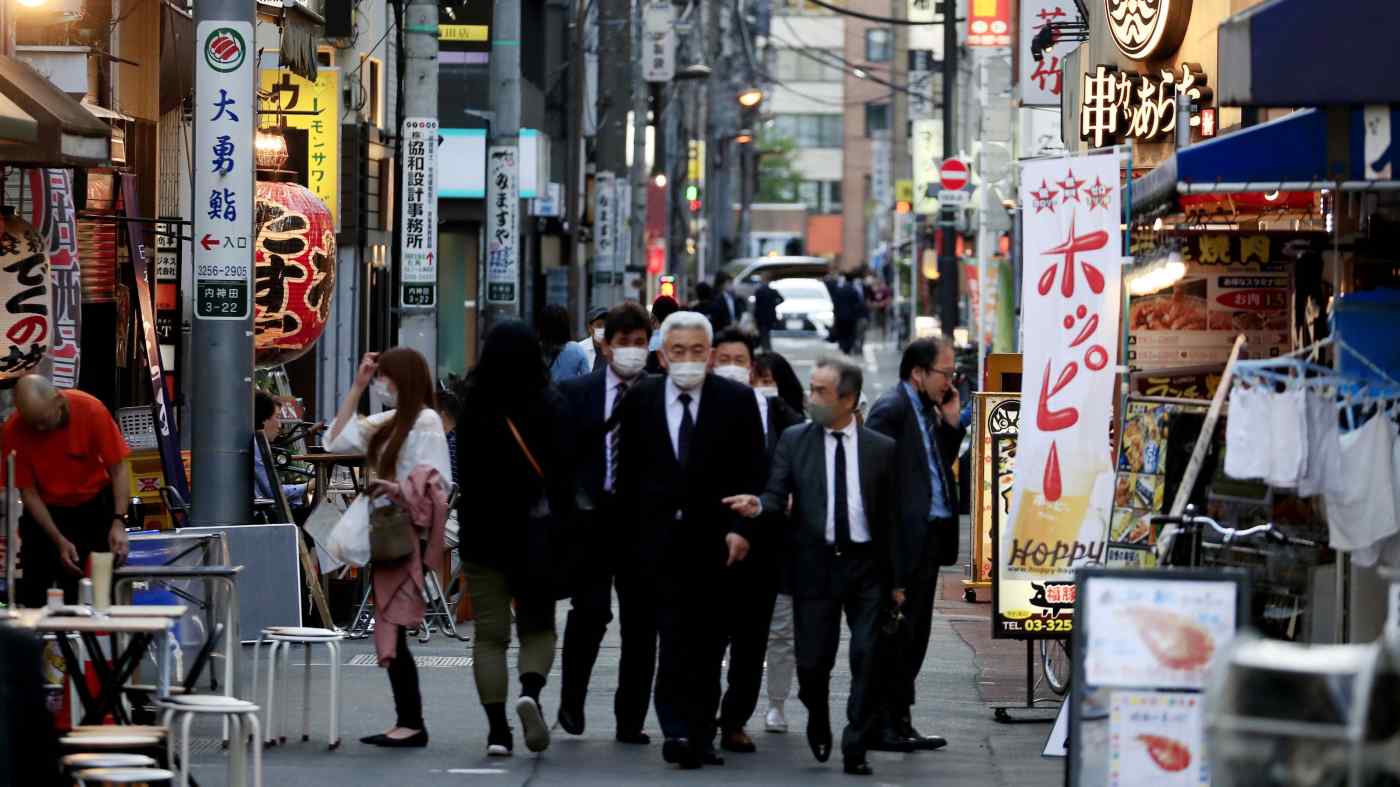 New anti-COVID restrictions on restaurants, bars and big commercial facilities in Tokyo, plus Osaka, Kyoto and Hyogo prefectures, are expected to run from April 24 to May 11. (Photo by Taro Yokosawa)
April 23, 2021 10:15 JST | Japan
CopyCopied

TOKYO (Kyodo) -- Prime Minister Yoshihide Suga is set Friday to declare a state of emergency in Tokyo and the three western Japan prefectures of Osaka, Kyoto and Hyogo in the hopes of curbing a surge in COVID-19 during the upcoming Golden Week holidays.

Tougher restrictions such as asking establishments serving alcohol to temporarily close and shutting down major commercial facilities are expected to be in place from Sunday through May 11.

The state of emergency, covering roughly a quarter of Japan's population of 126 million and about a third of its economy, comes with just three months to go until the Tokyo Olympics begins.

Suga is set to finalize the decision at a COVID-19 task force meeting in the evening.

During the state of emergency, large events will effectively be banned from having spectators, while fewer buses and trains will operate on weekends and holidays, according to a draft of the government's plan.

Major commercial facilities including department stores and shopping malls will be asked to shut, with the exception of floor space to sell daily necessities.

Despite measures under a quasi-state of emergency covering 10 prefectures, including asking restaurants and bars to close by 8 p.m., the nationwide tally of coronavirus cases surpassed 5,000 for a second consecutive day on Thursday.

Health experts have warned about the spread of highly contagious variants of the coronavirus, especially during Golden Week, usually one of the busiest times of the year for travel.

A Ministry of Health, Labor and Welfare panel estimates such variants account for about 80 percent of all cases in Osaka and Hyogo, and a rapidly growing share in Tokyo.

"We will take targeted steps around the holiday period to stop the spread of infections by all means," Suga said Thursday after meeting with members of his Cabinet including health minister Norihisa Tamura and Yasutoshi Nishimura, minister in charge of the government's coronavirus response.

The growing strain on hospitals is also a concern. In Osaka, the current epicenter of infections in the country, its hospital beds for severely ill COVID-19 patients were fully occupied.

Meanwhile, Japan has lagged behind other countries in its vaccine rollout, with only around 1 percent of its population having received at least one dose of Pfizer Inc.'s two shots.

Suga has said the declaration of the country's third state of emergency, following those in April last year and January, will not affect the staging of the Tokyo Olympics and Paralympics, reiterating the government will continue efforts to ensure they are "safe and secure."

But public skepticism remains high, with 39.2 percent of respondents in a Kyodo News poll this month saying the games should be canceled and 32.8 percent saying they should be rescheduled.